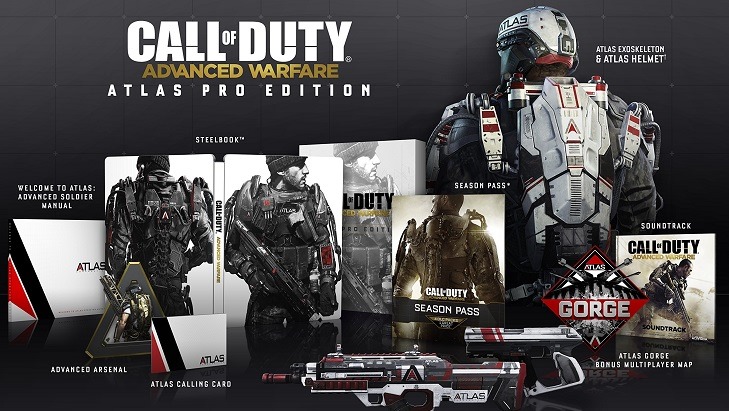 Call of Duty: Advanced Warfare genuinely surprised me at E3 this year. The franchise hasn’t really blown me away for a few years now, with Ghosts last year being probably the worst one in a while. Advanced Warfare looks interesting because it’s meddling with the tried and tested formula. That, and they have Frank Underwood in their corner now.

The latest Advanced Warfare story trailer introduces us to the single-player narrative that will ship later this year. It’s easy to say that Kevin Spacey immediately makes anything better, and its even clearer here. His character heads up a Private Military Organisation called Atlus, who is basically the world’s saviour when terrorist groups decide that working together is a good idea. Of course, giving that much power to a private company presents its own problems, and so you have Advanced Warfare’s plot all wrapped up in a nice ribbon.

There’s some new gameplay on show as well, but the best part comes right at the end. Last week Sledgehammer games spoke about how the futuristic tech in Advanced Warfare would change multiplayer, and the trailer gives us our first glimpse of that. The full multiplayer reveal will take place next month, on the 11th of August.

But that wasn’t all Call of Duty had to show last night. Advanced Warfare had all three of its collector’s editions revealed as well, although there doesn’t seem to be one with some ridiculous toy included this time. The $119.99 Atlus Pro Edition comes with everything, including a season pass for DLC, some bonus weapons and a unique Atlas exoskeleton, helmet, player card, and five bonus supply drops that unlock new in-game gear. There’s also an exclusive map that is a re-imagining of Pipelines for Call of Duty 4, some early abilities to augment your exoskeleton with and a nice unique steel case that houses the game’s soundtrack and artbook. 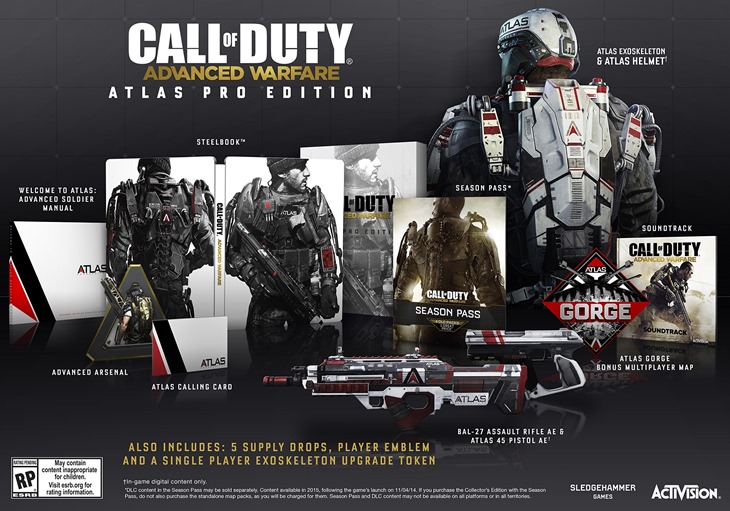 The Digital Pro Edition includes all of the digital goodies in the Atlus Pro Edition, while the Limited Edition skips on the Season Pass but includes everything else. These two editions will go for $99.99 and $79.99 respectively. So no, there’s no edition with a life-size exoskeleton suit of your own. Not yet at least.