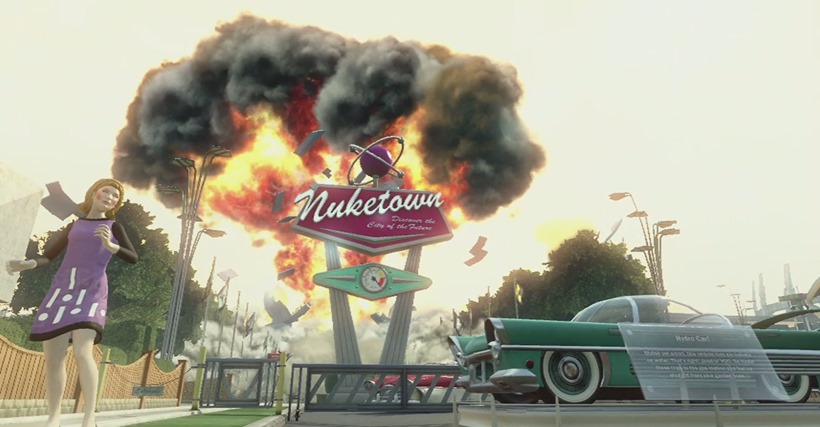 I’ve got a good feeling about the multiplayer of Call of Duty: Black Ops 3 this year. Early hands on time with it revealed a tighter, more fluid meta-game that requires people to get into a flow in order to be successful. And that’s something that veterans got to experience in the recent PlayStation 4 beta.

Thing is, Black Ops 3 will still see quite a few fresh faces this year, players who’ll be hopping into the franchise for the very first time. And when it comes to introducing people to the finer points of Call of Duty’s multiplayer, there’s always one specific map that comes to mind.

It’s one of the very best maps ever made in Call of Duty’s multiplayer. A small zone of death, with concentrated gauntlets and killzones that provide an ideal training ground for a small group of players. It’s a map that first popped up in the original Black Ops game, and was retooled cosmetically in Black Ops 2.

Well it looks like a Nuketown map is becoming a multiplayer tradition for developer Treyarch, as it might be back for Black Ops 3. According to a now deleted Brazilian PSN information page that was screen-capped by MP1st, the Call of Duty sequel will have a map that is titled “NUK3TOWN”. 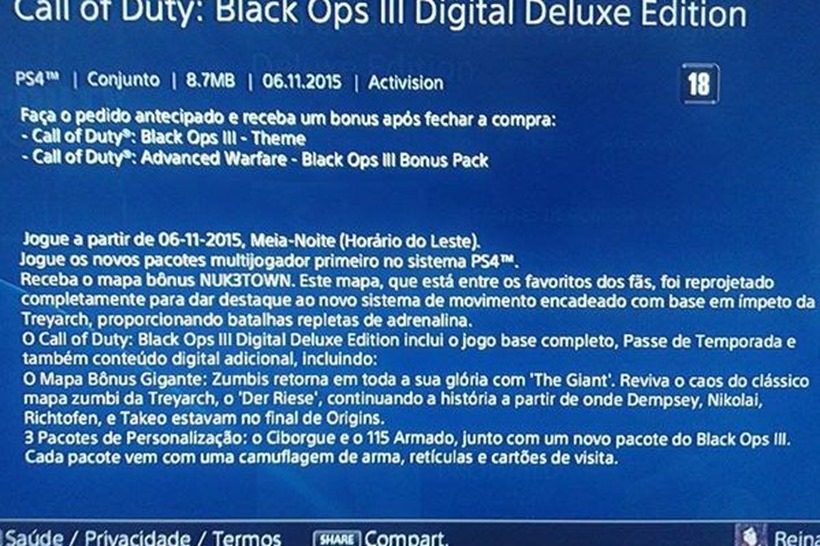 Of course this could all be a clever ruse, so take it with a pinch of salt. According to the page, the latest incarnation of the Nuketown map has been “completely redesigned to highlight the new chained motion system based on momentum of Treyarch, providing battles full of adrenaline”.

The map is also listed as a digital deluxe edition bonus, similar to how the first rework of Nuketown was handled then in Black Ops 2. Expect it to be properly released then if this all pans out, a few months down the road.

Black Ops 3 is inching closer to its release date on November 6 for PC, Xbox and PlayStation. Xbox One players, are experiencing the beta right now. So how’s it going?  Is J1mmy1nY0f4c3 a proper camper?