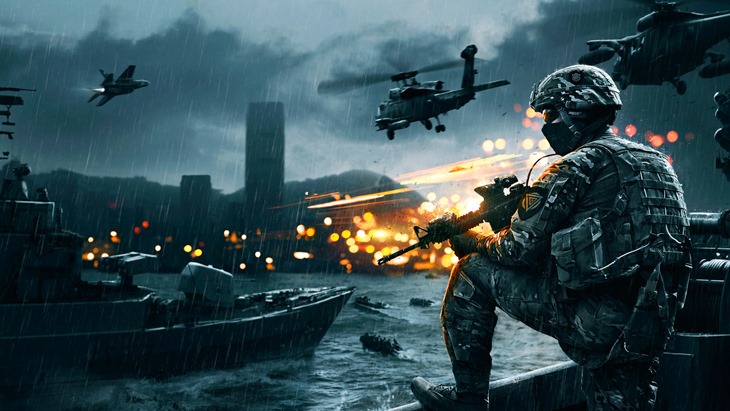 The winter leg of the DGL has come to an end, and the DGC isn’t too far off. Sad that there isn’t any local eSport goodness in the immediate future? Don’t be! The City vs City Clash will be taking place at the end of this month.

What is it exactly? Competitive Battlefield is traditionally played as 8 Vs 8. City Vs City however, will be played on a much larger scale. The teams have been nearly quadrupled, and it will see matches consisting a whopping 30 players on each team.

I’m honestly quite happy to hear that. Every time I play a Battlefield, I can’t help but feel that the true purpose of the larger maps are lost because its just one giant free for all. Can you imagine the top players now coming together for these large matches with actual team based game plans in mind? It should make for some really interesting gameplay. The larger playing field means that vehicle warfare should play a large part too, so expect dramatic Hot Shots! Top Gun like jet fights in the air, Jozi taxi style vehicle combat on the ground, and motorboating boat warfare on the open waters.

There will be 4 cities taking part:

There will be 3 maps, and the games will start at 5pm on Sunday the 27th of July. The two winners from the 5pm matches will then face each other in the grand final at 8pm. Corsair have also joined in, and will be giving away 2 gaming mice and mouse mats to the 2 most valuable players as chosen by the casters as well as the players.

Sound like something you would watch? Head over to the Facebook page for more information such as stream information, rules, and so on.