The Overwatch League is creating a ton of excitement around the world as we near the starting date in two months. While these will only be exhibition matches featuring the top 12 teams, it seems organizations who are not part of the League are continuing to say goodbye to Overwatch. CLG is the latest, and announced yesterday that they will no longer field an Overwatch roster.

CLG picked up their Overwatch Roster last December for the Major League Gaming Vegas Overwatch competition, and retain much of their roster throughout 2017. Unfortunately, the squad were unable to yield any promising results during their competitive season with a few first and second places in small online tournaments. After failing to qualify for the Overwatch Contenders Season Zero, CLG was already considering saying goodbye to the title. They placed 9th during Season Zero, not making it out of the group stages which was cause for concern. CLG has sold off its players to new organizations with some already having been picked up while the remaining are on the open market. 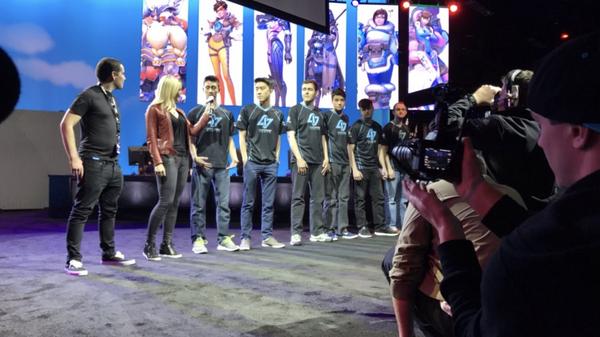 “We were committed to making CLG Overwatch the best it could be. Many teams in the months prior had released their rosters in order to re-evaluate their position in the esport, “CLG said in their statement, “but we still believed that the OWL could be the right fit for CLG. After months of discussion however, it was determined that entering the OWL does not align with our goals at the present time and that we will be parting ways with our Overwatch team.”

Many endemic organizations had similar feelings about the Overwatch League, and this was largely due to the buy-in costs and Blizzard’s then lack of clear outlines for the revenue sharing and assistance once the League had been established. For some organizations, like OpTic an Envy, a buy-in wasn’t too much of an issue, but after months of poor results, CLG decided Overwatch was not for them. CLG is the latest team to drop Overwatch after several months of farewells for a number of organizations. It’s unfortunate, but on the plus side the Overwatch League is shaping up nicely with 12 teams already signed on in various regions around the world and an official start date in January.