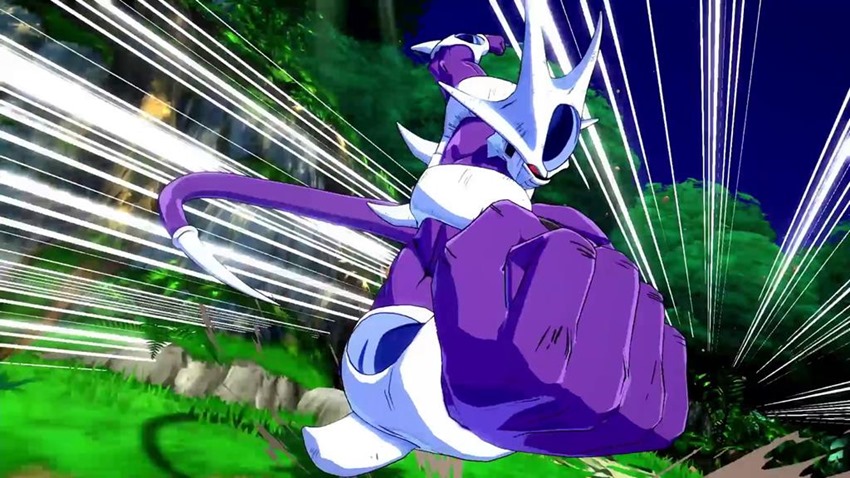 When you think about it, Cooler is pretty much exactly the same as Dragon Ball Z’s most popular villain, Frieza. I mean sure the DNA shared between the two is similar, but they’ve basically got the exact same plot and motivations. Taking over Namek? Frieza did it first. Wanting to kill all the Saiyans? Frieza did it first. Returning for a second round of action as machines after suffering a massive loss against Son Goku? Frieza did it first!

All of this is null and void though because Cooler did do one thing in the Dragon Ball Z mythos long before Frieza did: Unlock a new transformation. A transformation that is still the damn best thing ever, because it makes Cooler look like a roided up version of Shredder from Teenage Mutant Ninja Turtles. Check and mate, is what I believe is the correct thing to say here if I know my Checkers terminology.

Oh man yes. Cooler looks absolutely massive in action, although not to the point where he takes up most of the screen like Broly does. As for gameplay, Cooler looks like he’s at home at pretty much any distance, juggling rush attacks with energy blasts from across the screen. Magnificent stuff, and as the penultimate character it looks like the first season of DLC characters will soon wind down for Dragon Ball FighterZ. Who’s the final character for this year?

If the rumours are true, it’ll be Android 17 who joins the roster, based on his appearance in Dragon Ball Super where he lives a new life as a park ranger who protects the local wildlife from poachers. Still, I’m properly excited to see Cooler return because you have to remember one thing about Dragon Ball villains: Frieza may have been cool, but his brother was Cooler.