Home Gaming Cosplayer pulled off of train for carrying “weapons” 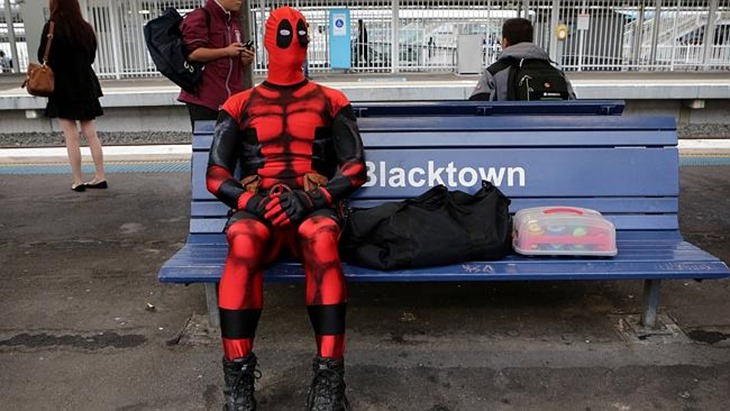 It’s just another typical day in Australia. Somebody is on the train, on their daily commute to work. Suddenly, just in the corner of their eye, they spot a man in red and black, and he has a large black bag and samurai swords. PANIC! CALL THE POLICE! Reuben Rose had the fuzz pull him off the train because he appeared to be dangerous. What they found instead, was just a guy cosplaying Deadpool.

Let’s be fair though. If you knew nothing about the character, you would also panic just a little. The world we live in is no stranger to surprise bombings and random shootings, although I’ve honestly never heard of such things happening in Australia. Regardless, somebody panicked when they saw Rose, and summoned the police to investigate.

Turns out he was just taking part in Superhero Week, where people cosplay and raise money for Bear Cottage. According to the  report (Kotaku via Daily Telegraph),

he was wearing the costume to his workplace at St Leonards for the day to help convince his workmates to donate to Bear Cottage. 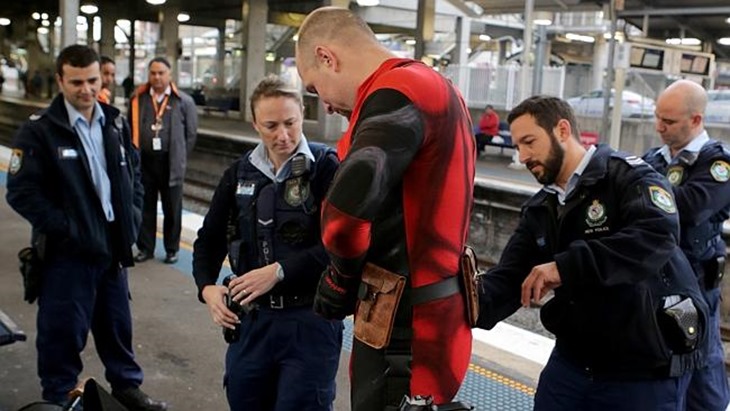 Poor guy was just trying to help charity and he has that happen to him. I suppose it was silly of him to go out in public carrying guns, even though they were fake.  A senior Sydney Trains official felt the same.

He was a bit of an idiot for getting on the train with all the pretend weapons strapped to him.
Someone on the train got worried and called the police about a bloke with guns on the train 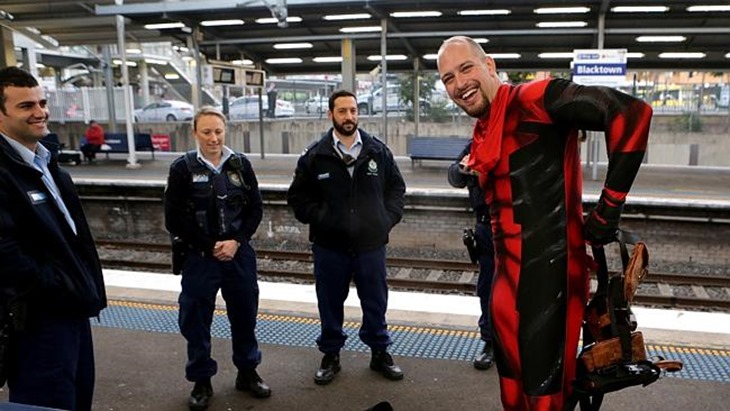 Still, there’s no such thing as bad publicity. Thanks to this little mishap, Rose probably increased awareness of the Superhero week incentive, as well as Bear Cottage by a fair amount. He got off without charge. I do feel that it’s important to point out this little snippet from the Daily Telegraph: 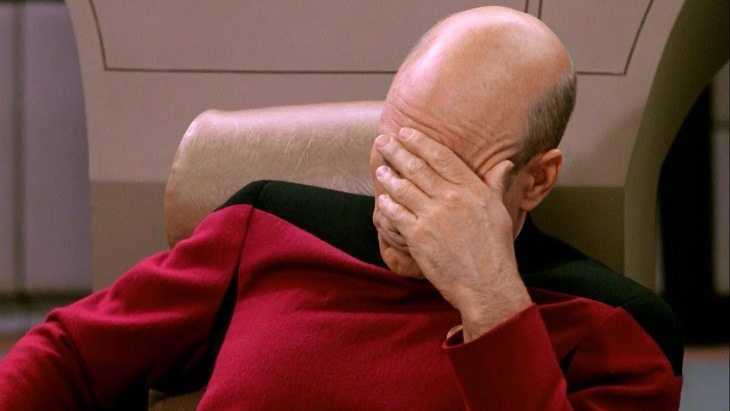