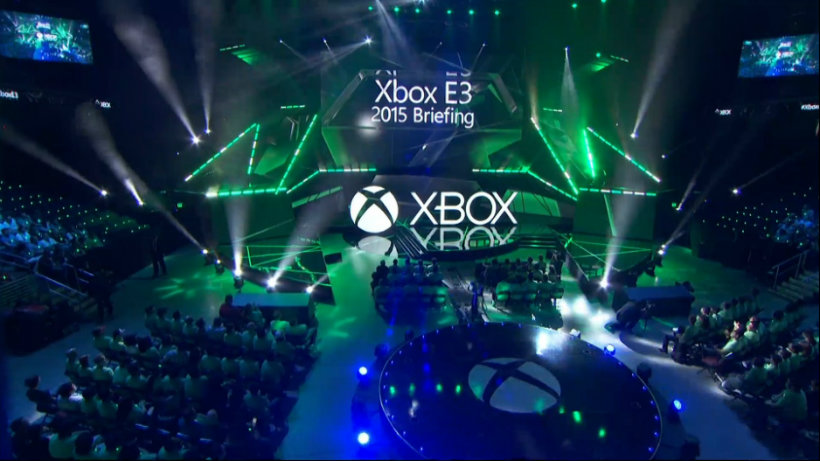 E3 is full of surprises. Games get announced and sometimes extra publishers like Bethesda or Square Enix decide to host their own press conferences. But by and large, the format is pretty predictable as journalists run the gauntlet and attend all the press conferences in the usual order. Twitch has highlighted the viewership, and maybe we will see a bit of an order change.

Twitch reported all kinds of great numbers out of E3 which Matty has already told you about. However, analysts have looked at the concurrent peaks and they show that timing might be a bit more important than previously thought. Just check out this graph of viewership during the various press conferences. 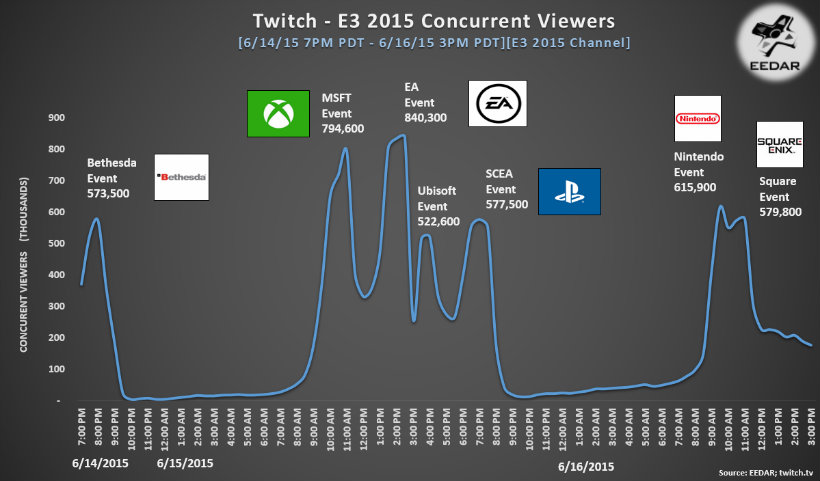 Square Enix topped Sony for concurrents? That’s a bit strange to me. I can’t imagine that it’s because of the actual press conference content but rather about the timing. For those in South Africa and Europe (and even the tired journalists in LA), the Sony press conference is simply too late in the day.

It’s nice for those who have attended all the press conference before hand because they offer journalists food and drink. Still, to expect viewers from around the globe to stay up well into the wee hours of the morning simply isn’t realistic and leads to a decline in concurrents. Luckily, I don’t think Sony really cares – they are happy to do things their way and let people catch up on the announcements later on if necessary.

I’m curious if the conferences couldn’t do with a bit of retiming, though. Could we see a change to the order of the press conference day, or are the publishers more worried about the timing for those on the ground than for those viewing online?

I think as live streaming grows, they may need to reevaluate their planning if they really want to hit those higher concurrents. Then again, they might just do away with the big press conferences all together. Oh, who am I kidding – how else will we determine who “won” E3?