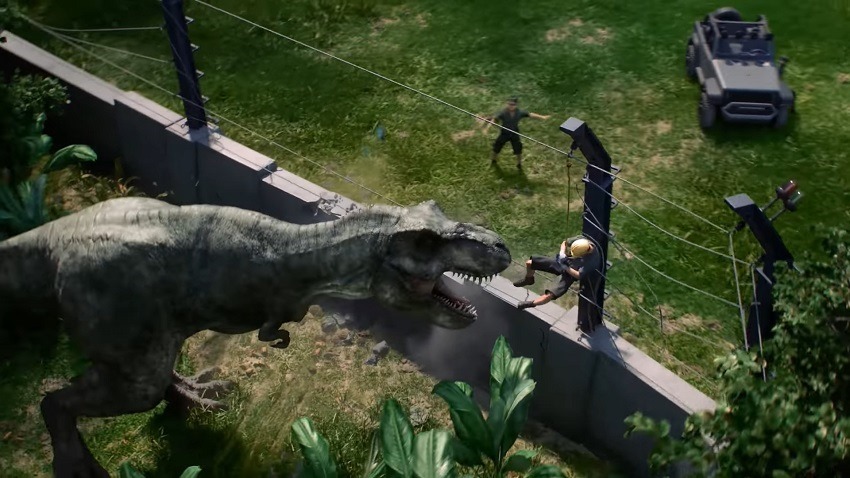 Jurassic World Evolution is a monumental task for you to undertake. You need to make sure guests are catered to with the best accommodation, entertainment and, of course, safety. At the same time you need to make sure that your prehistoric attractions are playing nice with the park. No T-Rexes trying to tear down electrical fences, or velociraptors sneaking up on some runaway love birds (idiots really). You need help – so Jeff Goldblum is going to be with you every step of the way.

The unbelievably charismatic actor is lending his voice to the Frontier developed simulator, reprising his role as Dr. Ian Malcom. He’ll help guide you through the game’s many systems, as well as point towards hints when the park is on the brink of becoming its own Jurassic Park disaster film. Goldblum is already making a return to the franchise in the Jurassic World sequel out later this year, but never have you been able to get more intimate with the sexy scientist.

I mean, just look at how charming he is in the announcement trailer below.

Of course he might not be too keen on some genetic experiments you might want to conduct to attract more of the public, something with Evolution is all about. Along with running the park you’ll be in charge of bioengineering new sets of dinosaurs. The more teeth, the more people flock to see it. And if Jurassic World is any indication, the more potential fatalities when things go wrong.

It’s a far more tense experience than Planet Coaster, but I’d argue it’s far more exciting too. Jurassic World Evolution is apparently out on June 12, which lines up nicely with the international release date of the upcoming Fallen Kingdom sequel.