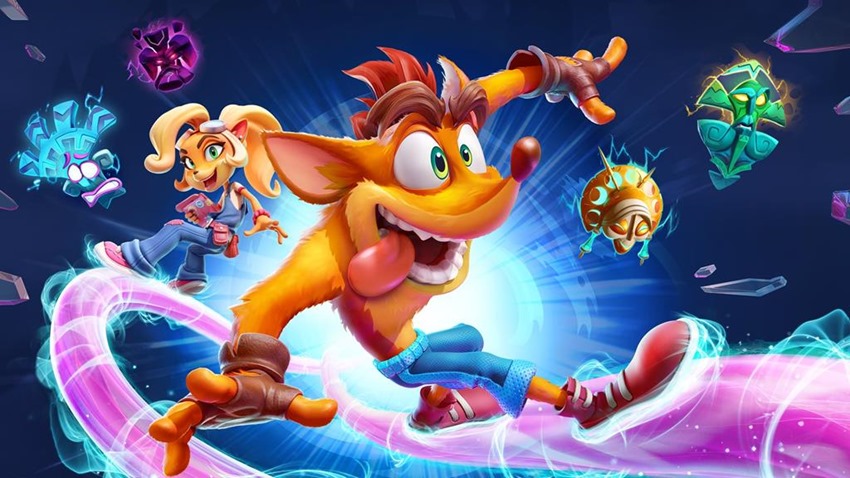 This may be the most awful year that ever existed, but hot damn are we having a brilliant sojourn around the sun in the video game space. Nostalgia has been the order of the day, thanks to games such as Final Fantasy VII remake, Battletoads and Streets of Rage 4. That rose-tinted look at the past has a one-two punch coming from Activision in the second half of the year, when Tony Hawk pops a 900 Remember the good old days and Crash Bandicoot 4 spins into view.

Crash’s resurgence is an exciting one, thanks not only to a brilliant remaster of the first handful of games but also because this year’s chapter is a proper sequel. It’s not just a few new levels, spruced up visuals and an instance of wham bam, thank you ma’am at play here. Developer Toys for Bob has made an ernest effort to expand on the idea of Crash Bandicoot, enhancing the elements that made the original games so popular.

And they’re also going to kick your ass with the latest feature that was unveiled at Gamescom.

Flashback Tapes are top tier challenges, puzzle rooms that push a pure platforming experience if you’re brave enough to find and play them. Heck, there’s even a good reason for why these tapes exist. “They are a peek back in time to the ’90s when Neo Cortex was actually testing on Crash and Coco before the events of Crash Bandicoot 1,” producer Lou Studdert explained via GamesRadar.

And as Studdert explained, these tapes will make a challenging game that much more harder. Take that, speedrunners. “We used these as puzzle rooms, nefarious ways for Crash to really express that pure platforming aspect. Narratively, it was really cool to layer in a unique perspective. This is when Cortex is really excited about the prospect of Crash being on his team, since Crash was originally created by Cortex, so it’s a weird point in time that’s never really been explored in the games before,” Studdert added.

Crash Bandicoot 4 may have new school visuals and ideas, but it’s still an old school platformer at heart. With Flashback Tape levels being added to the mix, class is definitely in session for the return of one of the greatest gaming icons of the 1990s.