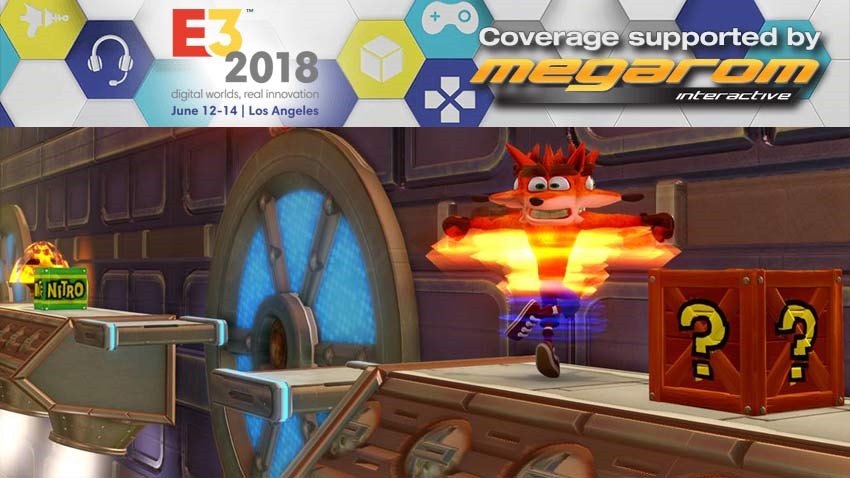 Crash! Aha! He’ll smash every one of us! DUN DUN!

Last year’s Crash Bandicoot was an incredible remaster by Vicarious Visions. Jam-packed with content from three games and lovingly faithful to its source material, it was one of the best gems of the PlayStation one era brought spinning and sliding into a more current-gen system of devices. You could say that Crash was perhaps too good for just one console brand.

That’s not an unfair assumption and with a ton of fans demanding that Naughty Dog’s marsupial mascot make the leap to other systems, Vicarious Visions got to work on Nintendo Switch and Xbox One versions of the N Sane Trilogy. At a pre-E3 session today, I got to see just how much work had gone into making Crash look better than ever on the Xbox One X, but that’s not the real story.

Instead, it’s the news that Crash is getting his first brand new stage in many a year, thrown directly into the N Sane Trilogy. Called Future Tense, the new stage can be accessed from Crash Warped and features a wholly original design with more challenging elements that were designed to test players of any skill level.

It’s futuristic, tough as nails and crammed with extras that can only be achieved by using every single skill in Crash’s playbook. Future Tense will be part of the Xbox One, PC and Nintendo Switch versions of the N Sane Trilogy, while PS4 owners of the Crash Bandicoot remaster can start jamming away on June 29 when the stage arrives as a free download.