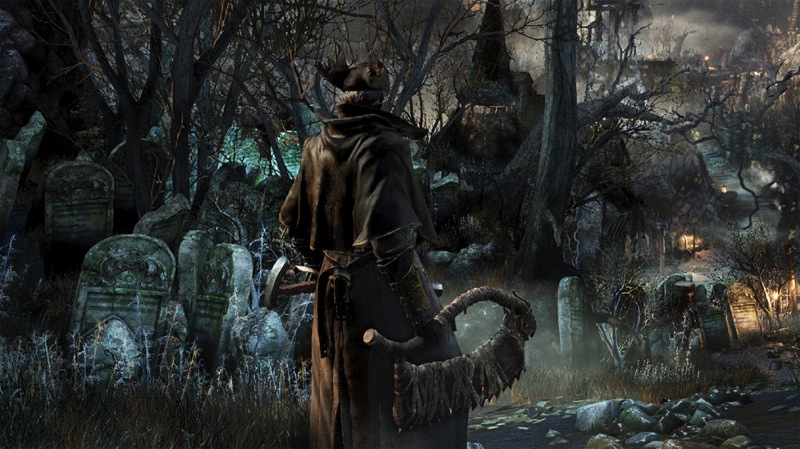 Last year at this time, Bloodborne was just a rumour. Remember all that talk about Project Beast and how cool it looked? Revealed at E3 and then really shown off at Gamescom, Bloodborne sort of came out of nowhere and surprised Sony as a runaway success on PlayStation 4. Naturally, there’s more where that came from.

While Hidetaka Miyazaki hasn’t shared anything, this little tidbit comes to us thanks to twitter.

So I have been asked by many people if we are making DLC for Bloodborne. I can say… An expansion is coming. More info later this year. 😀

I’m not particularly surprised, although it’s nice to hear that there will be more to the game. The Dark Souls 2 DLC expansion has added a ton of awesome stuff to the game; thanks to Scholar of the First Sin releasing after Bloodborne on PS4, many people added new play styles to their experience and had far more fun with it than with the core game – no, it wasn’t as good as Bloodborne, but it gave new life to the earlier Souls game.

Now, if Bloodborne gets some extra content, it could expand on the lore and tell more of the story. Plus, everyone just seems to want more of the game so why not give the people what they want? Hopefully, we get a bit more detail about the expansion at E3 although my money is on a Gamescom or TGS reveal.

While I’m not surprised that there’s DLC or an expansion or whatever we’re supposed to call it, I am glad that they waited this long to say that it’s in the works. Bloodborne has gotten a ton of (well deserved) praise and fans will want as much of it as they can get. But by waiting until now to announce that they will get more, no one feels cheated or left wondering why these extra areas weren’t in the core game. I’m just impressed that Miyazaki-san can create even more nightmare-fuel bosses.