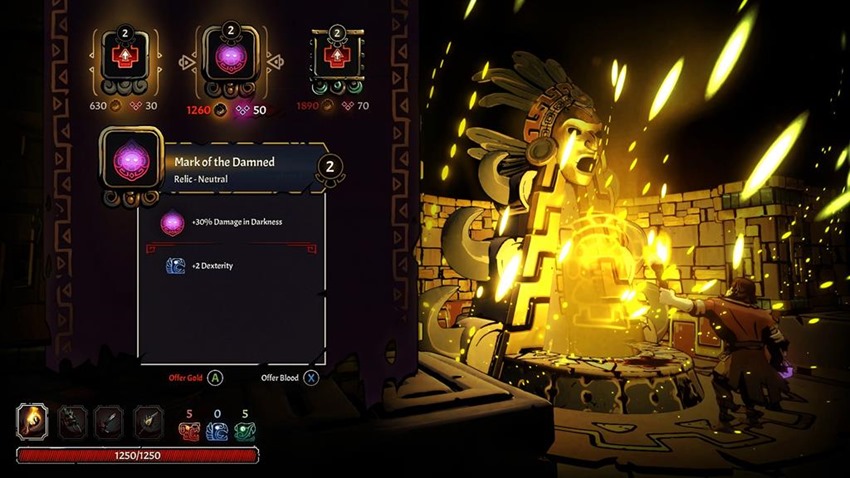 If it hacks like a roguelike, shaves chunks of health off my life bar like a roguelike and features progressively more dangerous enemies in an ever-changing dungeon like a roguelike, it has to be a roguelike! Curse of the Dead Gods just hit Steam Early Access, and while it certainly does borrow a lot of the standard features from a run of the mill roguelike, it still peppers that gameplay with some unique twists of the dagger that leaves a fresh wound in the genre.

There you are, an explorer in search of valuable loot, treasure and a long life. You’ll get at least two out of three of those objectives ticked off, because behind every treasure chest there’s a ghoul on steroids just waiting to rip your face off. Inside of the Aztec ruins that you’ve gone and got yourself locked inside of are numerous rooms, traps and enemies just looking to cut you down to size but fret not! 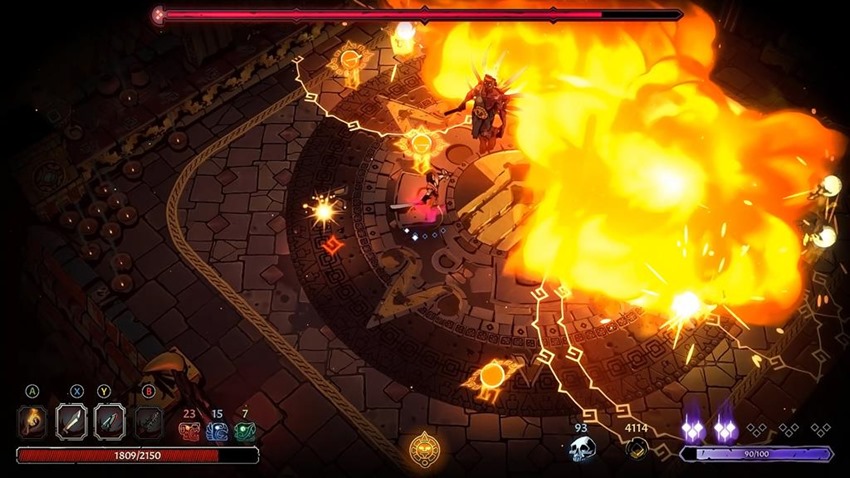 You’re armed with a combo system of especially meaty combat, combos that can be dialled into an enemy when they show an opening and a finisher that would make Shao Kahn proud when you land it. The trick here, is the conservation of your stamina whenever you take on a deadly foe. You’ve only got a few charges to use for your dodge-rolls, finishers and heavy attacks, with each battle being a tightly-paced race to spend and conserve the valuable energy before you run out of blood as you string melee attacks together with your trusty flintlock pistol.

That gives Curse of the Dead Gods a wonderful sense of rhythm, a mad dance between demons as you check your corners and knuckle up to deliver some damage. In a similar vein to Darkest Dungeon, you’re also burdened with a Corruption meter that’ll fill up the further you venture into the deadly halls of the abandoned temple, resulting in curses that’ll hinder you along your path. It’s an interesting extra layer of challenge, although some of the curses on offer may be more annoying than interesting pokes to swap up how you play the game. 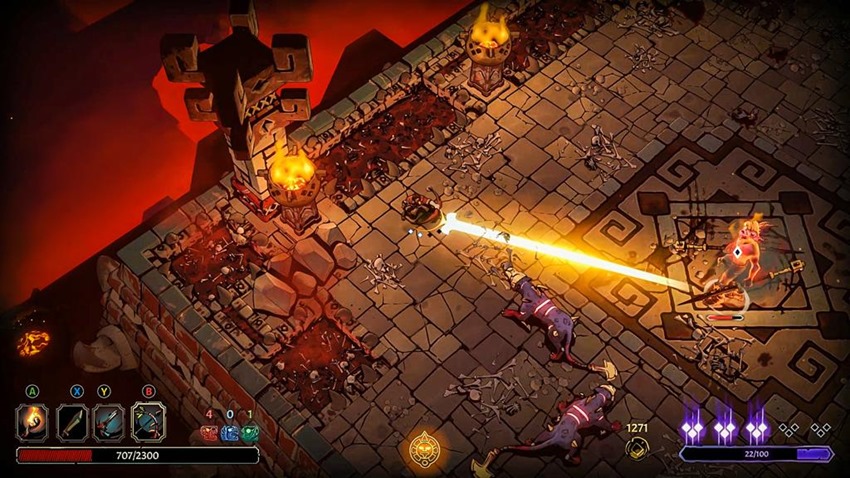 Losing gold with every blow you take makes for a frustrating experience when every coin earned can be used to help stave off death that little bit longer.

Visually, Curse of the Dead Gods looks great as well. There’s an isometric viewpoint similar to Diablo, while the rest of the game is rendered in a cel-shaded look that makes every aspect of it pop as you crawl through each dungeon. The current Early Access version has a decent amount of content currently, its ideas feeling confidently fleshed out and plenty of variety can be found in how you tackle each run in every new replay as you juggle the pros and cons of every path thrown at you.

Just to keep you up to speed, here’s what the current Early Access build has available: 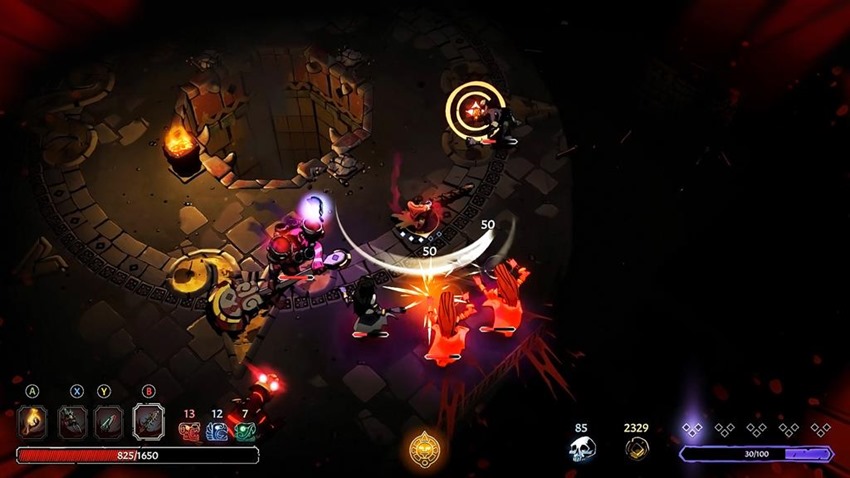 And here’s what’s coming in the near future! 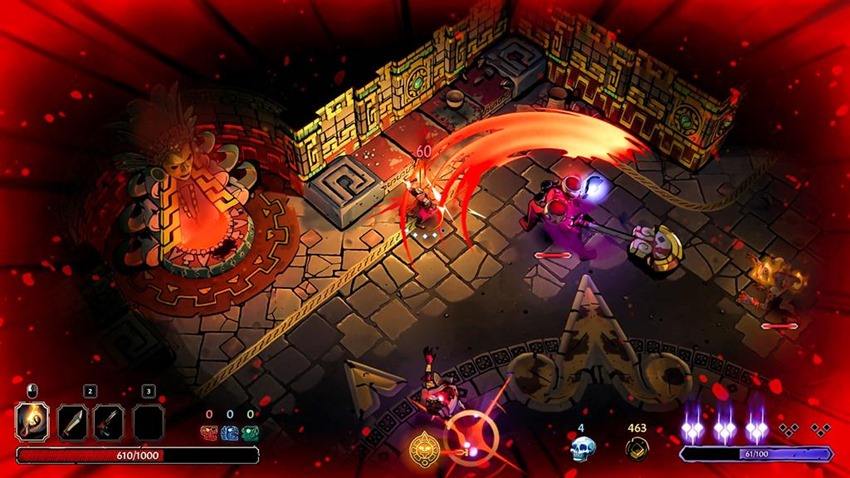 It’s a game of intelligence and sacrifice, blood and gold, mystery and inevitable death. There’s an adventure to be had in Curse of the Dead Gods, and it’s an addictive one at that thanks to its superb action and spooky visuals. 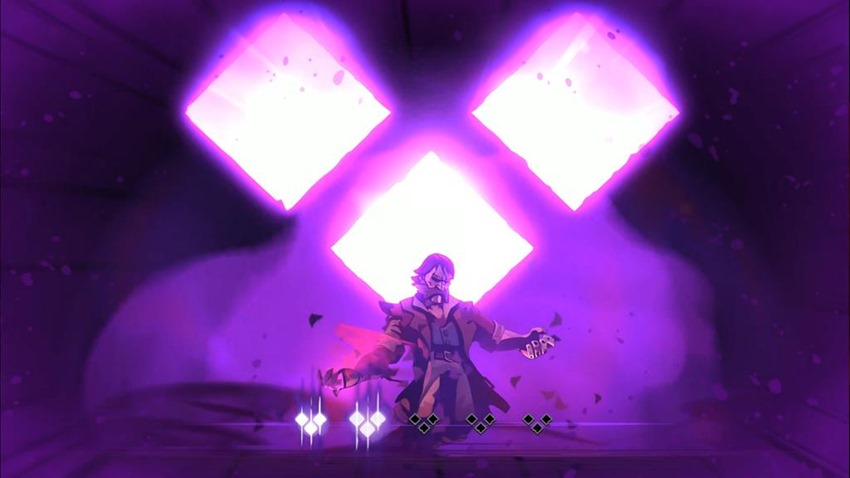