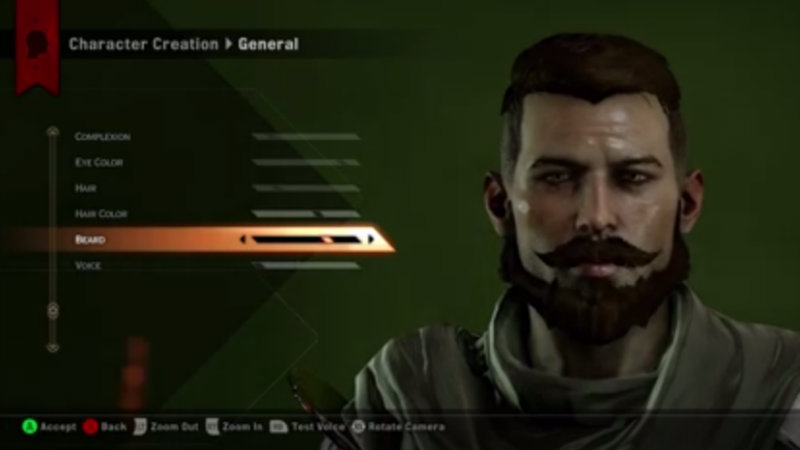 While I was sleeping, Bioware revealed some new Dragon Age: Inquisition details. Basically, it’s just a video that’s similar to a Create-A-Sim demo, but this time it’s Create An Inquisitor. Still, I might spend a bit more time that I’ll admit customizing my Qunari’s horns.

Here is the video showing off the full range of customization options.

It’s good to see that there was some sharing within EA – the customization seems a whole lot more intuitive and includes some ability to simply move ears around. Most of the options are still done with sliders, but at least they seem a bit more comprehensive. And really, as long as you can customize it to have the most epic handlebar moustache and beard, the character creation is already complete.

How in depth do you generally go with character creation? I tend to stick to a general punch of parameters – I want a certain shape of the face, a hair style that I like and green eyes. That’s basically it; I don’t spend much time adjusting the shape of the nostrils or length of the bridge of the nose. However, considering that those are in there, I’m sure some people do. In the end, I figure that I won’t see most of these things when my character is wearing a weird helmet or covered in my enemies’ blood. Besides, I don’t need to make the character look like a fantasy version of myself to feel immersed in the game. However, I know that I’m in the minority in this regard – how much time do you guys spend on character creation?