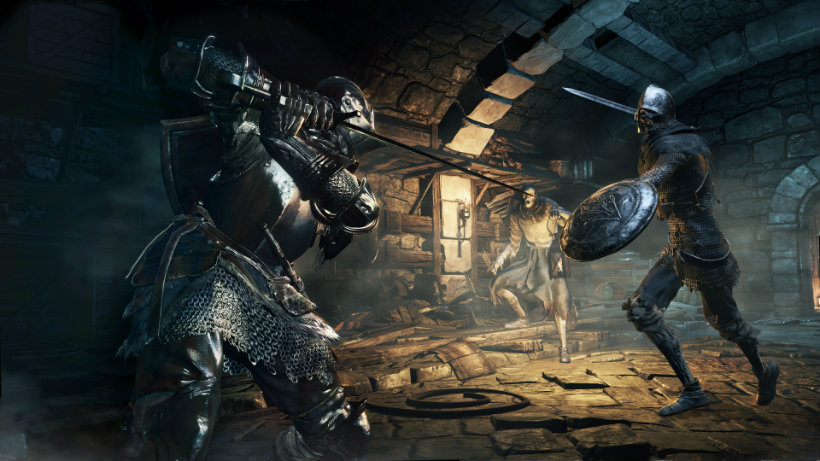 Bloodborne is its own unique franchise, and we really must stop comparing every mechanic and detail that it brought in to what we can expect in Dark Souls. Sure, they’re from the same developer and have similar elements, but I suppose we have to stop thinking that they will influence each other that much. Still, I am disappointed that innovations brought forward in the latest From Software game won’t be sticking around in the new Dark Souls.

Over in Germany, people are getting their hands on Dark Souls 3. While they aren’t allowed to release properly captured footage, they are filming off of the screens resulting in poor quality gameplay that we will happily accept because everyone is desperate for any information. Here is some such gameplay footage:

As you can see, the Estus flask (healing item) has returned to the normal item slot. This was changed in Bloodborne in the hopes that players would make greater use of their items in combat seeing as everyone usually kept their healing item as the main thing in order to survive. With that change reverted back to classic Dark Souls placement, it will certainly reduce the kind of strategic and interesting item usage that we saw in the latest From Software title.

Meanwhile, the cleaner HUD of Bloodborne is also dialed back to the typical HUD of Dark Souls. This means that the display showing shield, item and other aspects is taking up a ton of space in the bottom left corner. It just feels unnecessary and oversized. Here’s hoping that they fix that up before launch.

However, it appears that some form of health regeneration might still be present. Here is a boss battle recorded in equally poor quality that does appear to show the player regenerate some health, although the mechanic behind it is unclear at this point.

Are you okay with these changes to set the franchise apart from Bloodborne, or should have they used lore for that rather than irritating gameplay mechanics?