Remember asymmetrical PVP multiplayer? The genre of the future that was going to redefine online gaming for years to come? Remember how Evolve was going to lead the way with its big burly monsters and assorted hunters? Yeah, about that. While it would be unfair to blame Evolve entirely for burying a genre which should be bigger, thanks to rampant DLC practices that were obscene to say the least…actually you know what, life is unfair. 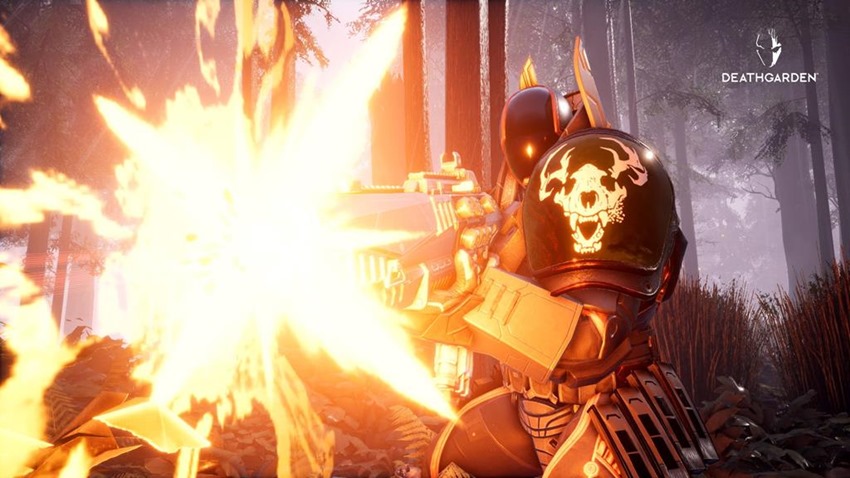 I don’t have a Harley Davidson, so screw it. This is all your fault Evolve.

Anyway, there’s still some life in the ol’ genre yet, as DeathGarden is taking a shot at the throne. The setup is easy enough: A squad of five runners find themselves sprinting for dear life, while a solitary hunter tracks their movements. Whoever is playing as the hunter cannot be stopped. He’s armed to the teeth, has plenty of ammo and is pretty much indestructible. Something I learnt about in the most painful manner possible in the closed alpha that took place this weekend. 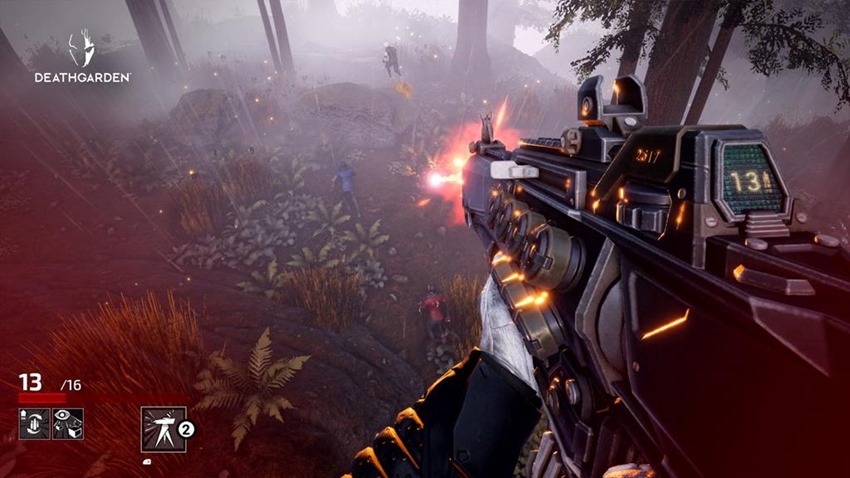 Also, the hunter has some meaty weapons in the form of an automatic shotgun and an assault rifle. He’s pretty much the Terminator, only without a flaw in his programming that results in heem tokking like dis all ze time. Pasta Mariah, beibee. If you’re playing as a runner, there’s no doubt that at this point you feel utterly and truly f***ed. 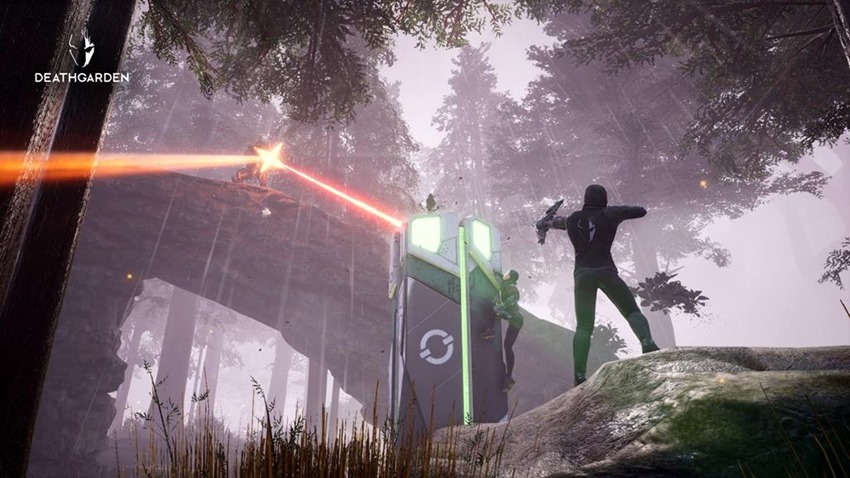 After all, what can you do? Play an organised game of human hot potato, that’s what. While runners may not have an arsenal that can put a hunter down, they’re still capable of being a thorn in his side. Their bows can hamper the movement of a hunter, they’re speedy and they’ve got Spider-Man levels of agility to match their nimble footwork.

There is an escape in Deathgarden, in the form of a single goal that is focused on capturing points. This is where Deathgarden’s magic kicks in. Both sides are balanced in their own unique way, from the Runners having to draw attention away from capture points while the Hunter needs to race against the clock and rack up a trio of kills before the checkpoints are activated. 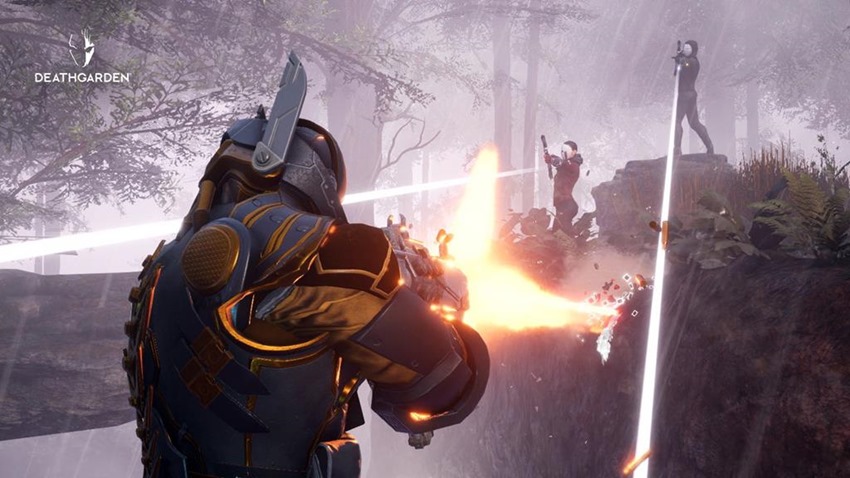 It’s a fascinating arena of strategy, far better than the run-around action that Evolve found itself boiled down to while players ran circles around one another. There’s actual solid teamwork that is needed to win the day, while entering the arena with the ability to survive, adapt and overcome is an absolute necessity.

Even better, Deathgarden doesn’t waste your time at all. An average game will rarely last longer than a few minutes, with each round usually over in less than ten minutes. Every player gets a balanced backpack of hardware to use in the arena, with rewards being purely cosmetic at this point in development. No pay to win nonsense, no grinding for extra weapons. That’s kind of commendable. 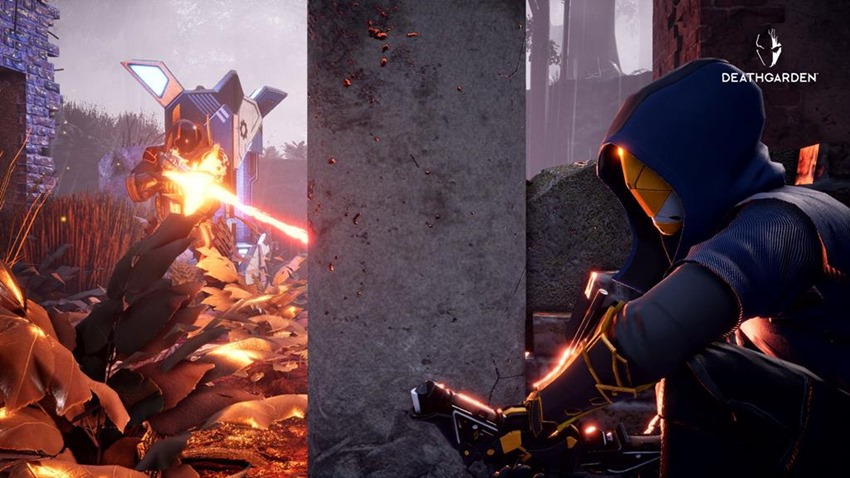 I like the idea of Deathgarden. It’s a niche title, but it shows promise. It’s tense stuff, already wonderfully balanced in its gameplay equilibrium and its concept works wonders for a genre that is highly overdue for a revival. Complexity meets ingenuity. 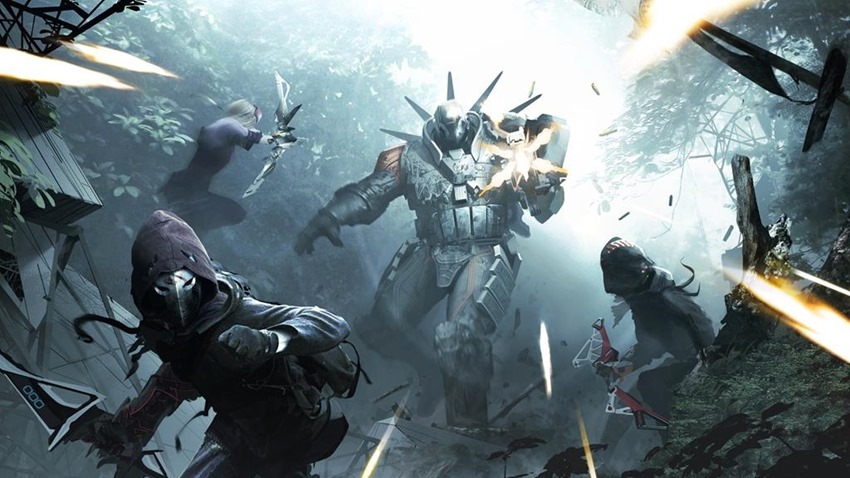