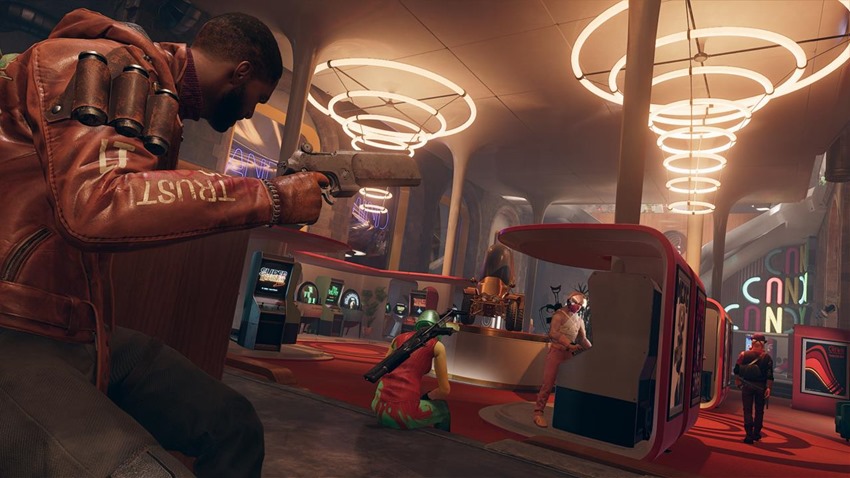 There’s something not quite right happening on the island of Blackreef. Everyone’s out to kill you, and in some instances, some people already have. You’ve just woken up from yet another death, which at this point might be anything from a bullet to the head or too much iron in your bloodstream thanks to a machete being shoved into your vital organs.

And yet, death is not the end, merely the beginning as you step into the shoes of Colt, a very confused and very dangerous new player in Blackreef’s precise clockwork mechanisms. For every action there has to be an equal and opposite reaction, and in Deathloop’s case it’s Julia. A lethal predator hellbent on extracting something that only Colt is aware of, Julia’s a dangerous shadow whether she be controlled by the game’s AI or another player. 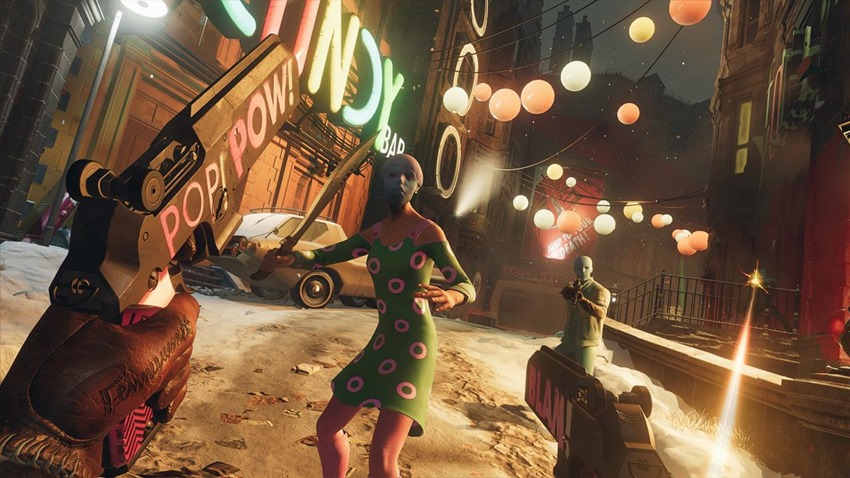 And that right there, makes for a game that is turning out to be one of most exciting titles of 2021.

At first glance Deathloop might look like developer Arkane’s other greatest hit, Dishonored but with guns. And you’d be right! “The core gameplay is what you’d get if you added big guns and more straight-forward abilities to something like Dishonored, Deathloop creative director Dinga Bakaba explained in an online interview. 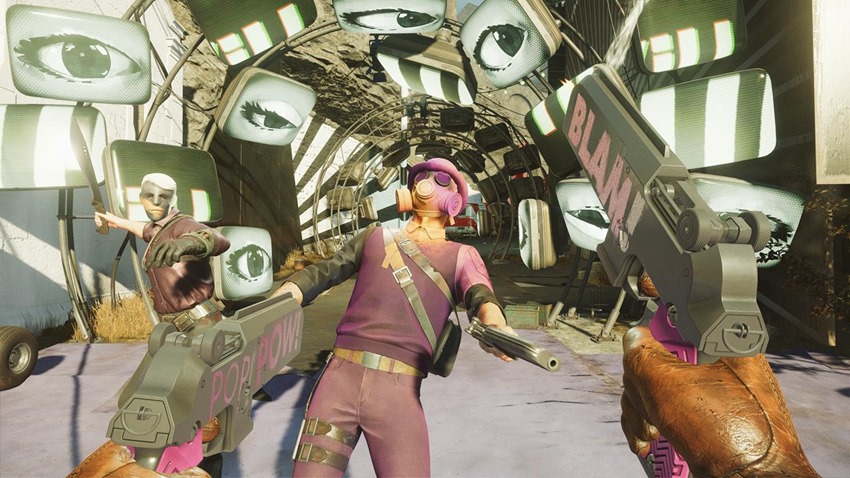 But it’s not all about the shooting. The story campaign is an inverted murder puzzle about fidning out how to kill the eight Visionaries that are responsible for the time-loop, before the end of the day.

Sounds easy enough, right? Not exactly. When Colt first starts the game, he’ll be about as fragile as any other human, gradually earning and retaining powers with every kill and death of his own. Like Dishonored, Deathloop will play best at first when Colt sticks to the shadows and learns more about the world of Blackreef, but he’ll be able to go for a gung-ho approach once he picks up a few new skills. 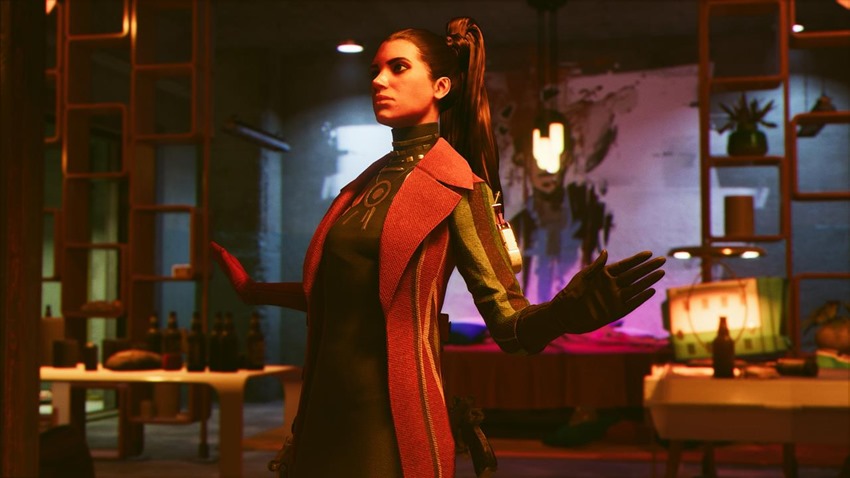 In the hands-off preview that we were shown, one of those skills shown off was Reprise. Essentially an extra life for Colt, Reprise kicks in once players die but it only has a limited number of uses. For the preview we were shown, Colt had two do-overs available to him, with the third death resulting in the loop beginning all over again.

Once Reprise kicks in, Colt can go back to where he died and recover any resources that he might have lost, as well as glean insight from the entire experience. That’s a key ingredient in Deathloop, as learning the lay of the land allows Colt to take advantage of new opportunities such as noticing when one of his targets is standing on a trapdoor that leads to a meat-grinder below them. Odd choice of architecture but it works! 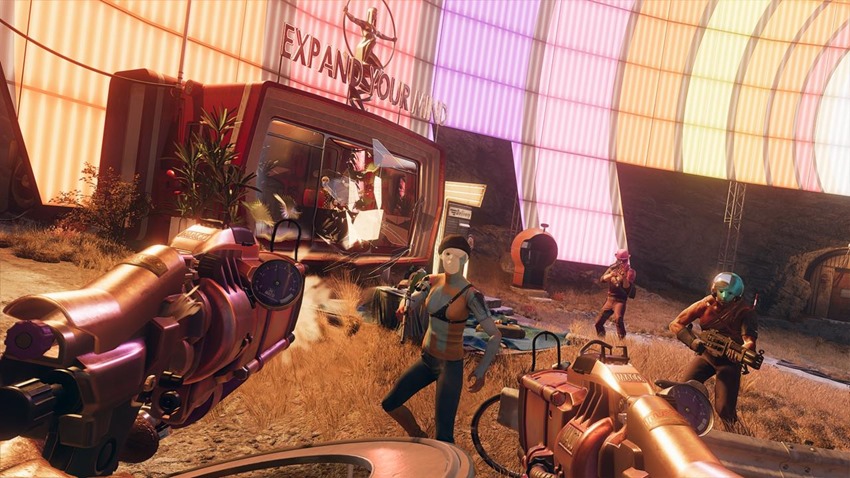 Colt’s also got a number of other handy tricks up his sleeve: Karnesis allows you to telekinetically throws enemies around like ragdolls, Shift is a short-range teleportation power, Havoc soaks up damage and sends it flying right back at enemies, Aether grants Colt invisibility, and Nexus links the fate of several targets together. Basically, one headshot results in three perforated craniums.

All of this is combined with a very chunky arsenal of weapons and action that suits several different styles of gameplay. Guns blazing or stealthy assassinations, Colt’s brilliant at either of them and can combine them both into a fluid system of action and espionage. 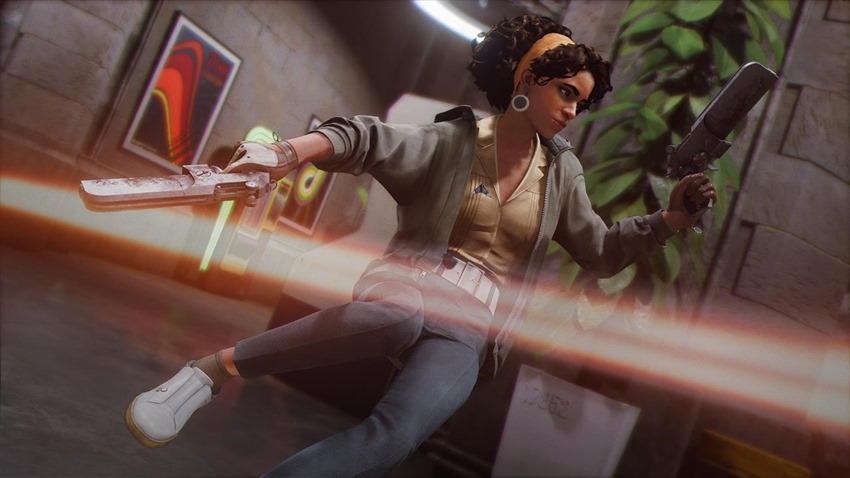 While Deathloop has plenty going for it in the gameplay department, it’s the aesthetics where the game will really grab eyeballs. I’ve spoken before about having certain games around as show-off showpieces for a new gaming console, and Deathloop is very much looking like one of those titles you’d want playing when guests arrive.

Arkane has leaned hard into the 1960s aesthetic, going maximum groovy and peppering its world with a gritty yet psychedelic layer of paint that is complemented by numerous other small nods in the background. Colt’s thoughts are broadcasted in the environment around him, Julia’s a master of presentation as she hunts for him, and every building looks like it was used for a third act showdown in Sean Connery’s best Bond movies.

“What the 60s artistic direction brought, was the 60s. That’s something that I really wanted to do, I thought that was a certain happiness and freedom of that time and it would give this kind of peculiar tone to the game but still not too realistic,” Deathloop art director Sebastien Mitton explained. 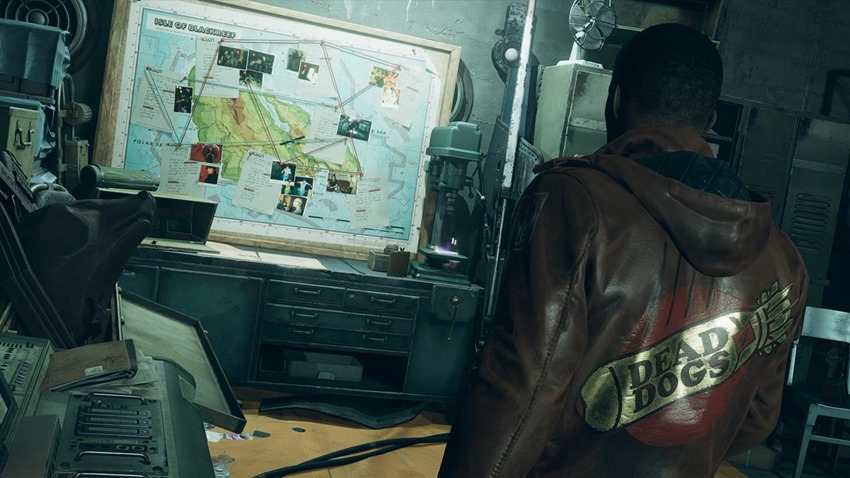 If it were in our time period, we would have our own politics and things that are around us. The fact that we’re not in our time period, gives us a certain freedom of action. I thought it was very cool to put some science fiction in, so it’s retro sci-fi in Deathloop. You can take elements from real life and mix them with things we invent and create something entirely new.

It’s still going to be a torturous couple of months before Deathloop releases on PS5 and PC on 14 September. Arkane’s latest title looks like a perfect blend of style and substance, one that looks like it’ll be a brilliant example of how hard work and experience can pay off. After all, if at first you don’t succeed, then die and die again until you do.