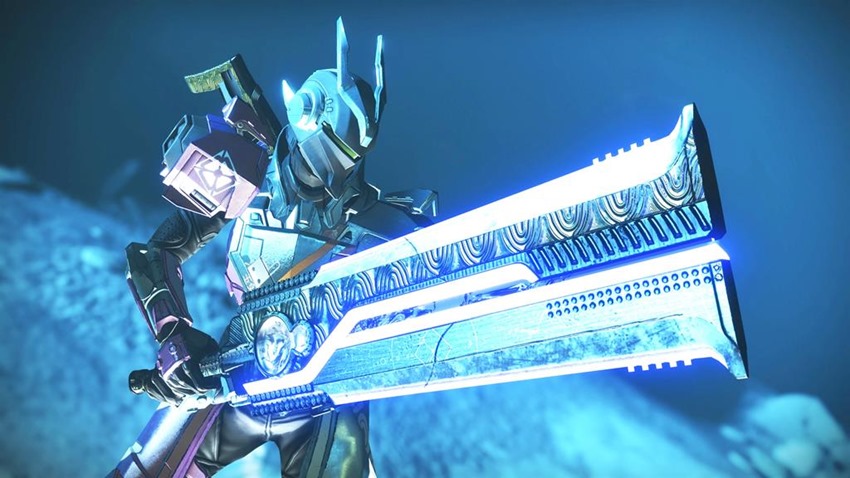 Picture the scene: You’re neck-deep in a game of Gambit Prime. You’re on the verge of banking the last dozen motes you need to summon a Primeval to clinch the round. Then you hear it: That dread sound of an incoming invader from the other side. No worries! So long as you have some distance between you and that sword-wielding maniac you’ll be just fine dammit I’m dead thanks to a whirling dervish of blades. Bastard.

Sound familiar? Then you’ve probably fallen victim numerous times to a Guardian wielding Falling Guillotine. One of the new swords that can be acquired in the current Season of Arrivals, Falling Guillotine is amazingly overpowered. It has the usual combo-attacks, but it’s ability to turn you into the Tasmanian Devil may have been too powerful for Bungie’s liking. The sword is getting a nerf at long last, but it’ll still be an above-average blade to use in combat: 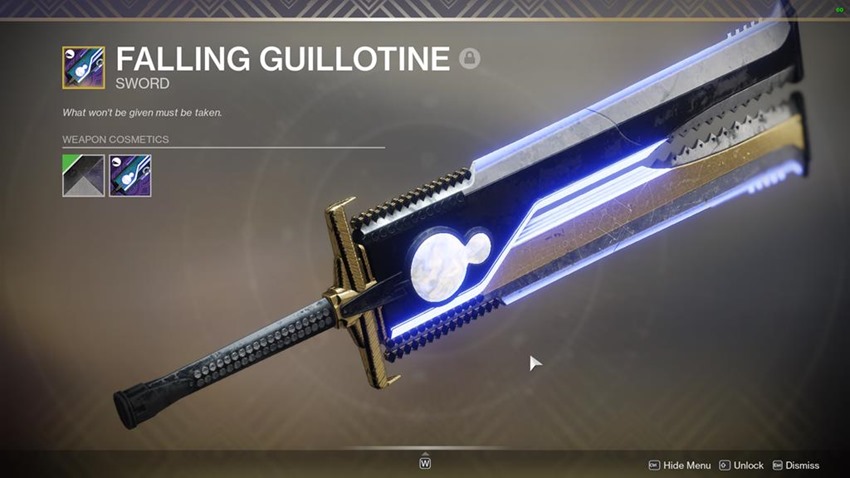 The other big news is The Mountaintop is also getting scaled back significantly. In PvP, it has been a nightmare to be on the receiving end of due to its ability to fire a straight-line explosive projectile. Other grenade launchers in Destiny 2 use a regular arc-pattern curve to launch projectiles, making for literal hit-or-miss offense. Here’s how it’s impact is being nerfed: 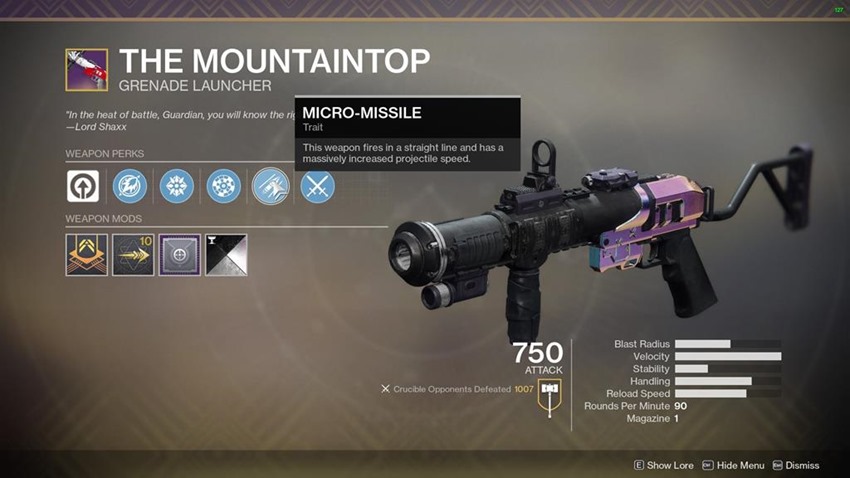 You’re still going to need to be accurate to nail a one-shot kill with The Mountaintop, but you won’t be able to rely on splash damage. With a reduction in micro-missile speed, opponents now also have a good chance to escape your pinnacle weapon destruction. Another big weapon change is coming to hand cannons, which will be slightly slower on the trigger. Aside from Sunshot, all hand cannons that have a 150 rounds per minute stat will be scaled back to 140 RPM.

“At this time, Lightweight (150 ROF) Hand Cannons represent the majority of Hand Cannon usage in the Crucible,” Bungie explained.

While we experimented with many different ways to even out Lightweights (150 ROF) and Adaptives (140 ROF), Lightweight Hand Cannons consistently retained a faster time to kill (TTK). As such, we opted to equalize their ROF.

We selected 140 ROF as it is fairly balanced in the Crucible sandbox. It gives other weapon archetypes more time to breathe between shots, avoids an overabundance of Hand Cannons with faster TTK than other weapons, and pairs nicely with upcoming changes to 600 ROF Auto Rifles (more on that below).

You can see more changes in the link above, which breakdowns how a buff to rocket launchers still makes them basically useless, auto rifles are getting a slight decrease in damage and something about Adept weapons, which I will never ever earn in a million years. For now, I’m going to farm my favourite Lost Sector on Mercury while I still can, as Beyond Light will be culling that planet and several others once the expansion hits.