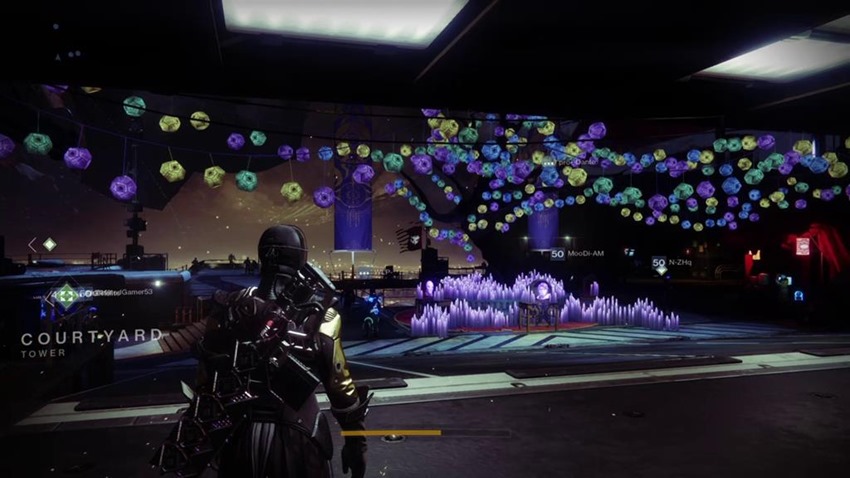 As far as locations go in Destiny 2, I like Mercury. It has a stirring soundtrack, the dusty dunes hide plenty of Vex secrets and the Infinite Forest is a good idea…on paper. In practice, however, that slice of procedurally-generated content just doesn’t work within the frame of the story that Curse of Osiris introduced to the Destiny mythos.

Trekking through the Infinite Forest felt more like a slog than an actual adventure, with its supposedly random simulations of possible timelines being predictable gauntlets of enemies. The latest incarnation of the Festival of the lost changes all that, for the better. Not only is Destiny 2 really taking advantage of the season of spookiness, it’s also offering players a remix of an underutilised area that deserves better. 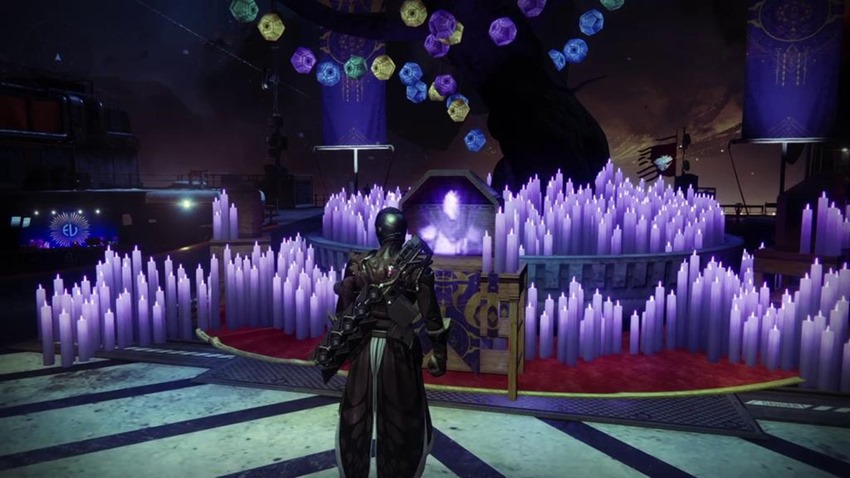 Festival of the Lost nails that idea, and then some. It takes what actually works about the forest, and reimagines it for the better. To even get there though, players have to first visit Amanda Holliday, and get into the spirit of the festival: 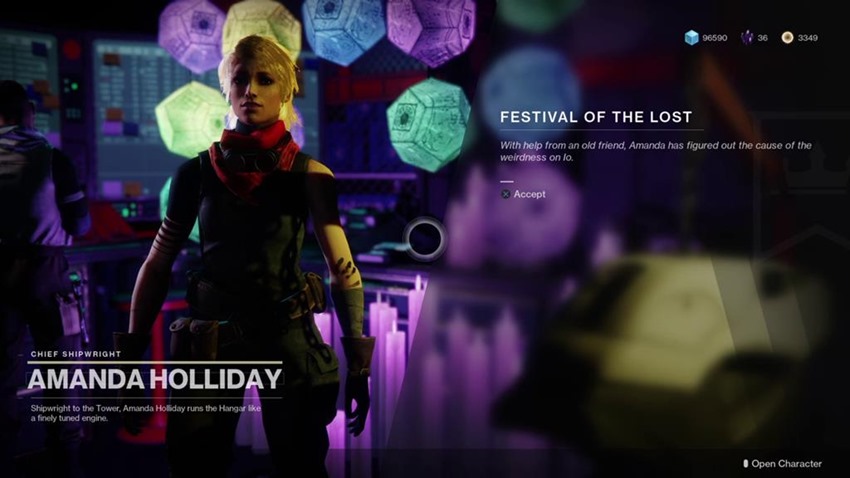 Which requires masks, of course: 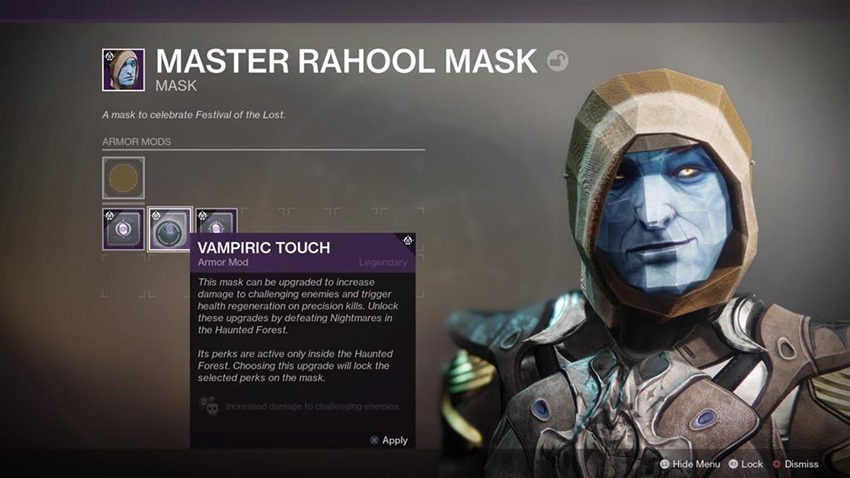 One short trip to Io later, a legion of Taken and Vex slaughtered, and that’s when the fun really begins: 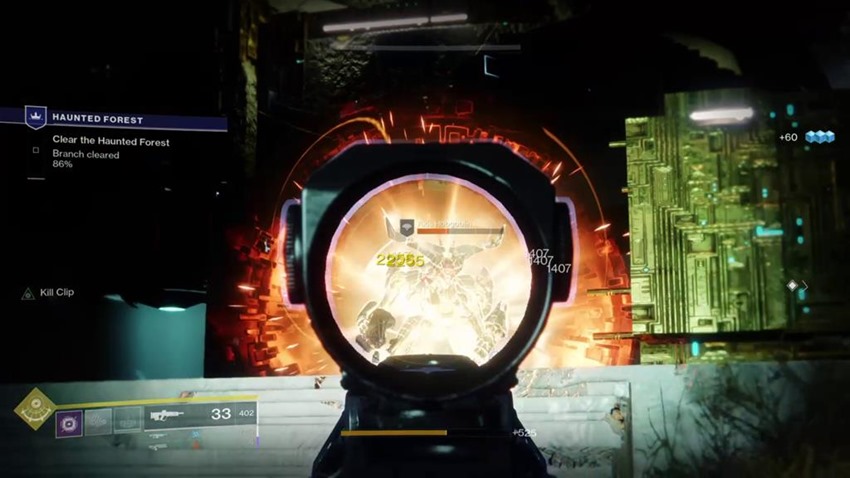 So what’s really different? On the surface, the Infinite Forest looks exactly the same, but with lights turned off. Not exactly. The first foray into the Haunted Forest reveals a more random generation of level design, as well as a more mixed selection of enemies to deal with. Not only does it feel like there’s more of them, but it also feels absolutely chaotic in its structure. I like that. 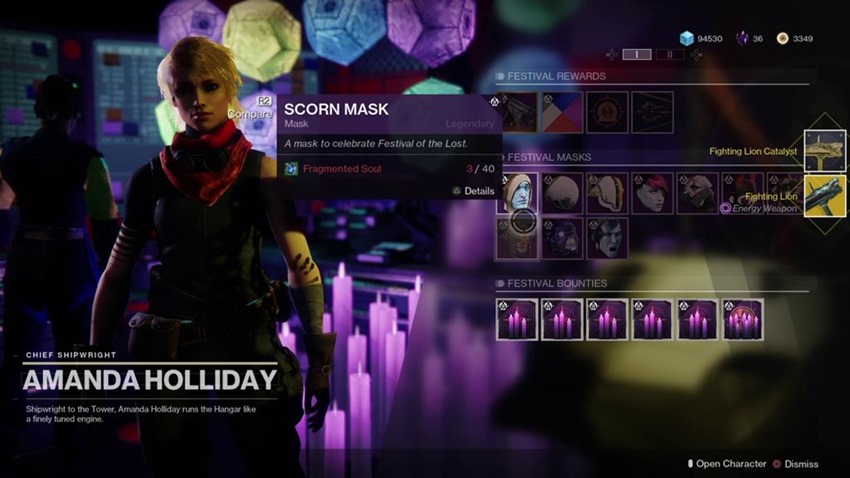 Where that adventure ends, is where the Festival of the Lost truly begins. The Tower now gives players access to a brand new flavour of strike essentially, one that has a time limit and a challenge to push forward through waves of enemies so that a showdown with a boss can be unlocked. It’s gripping stuff, as the Haunted Forest only gives you 15 minutes to clear its supernatural stages while you deal not only with enemies ahead of you, but an unstoppable Hive Knight who pursues you as well. 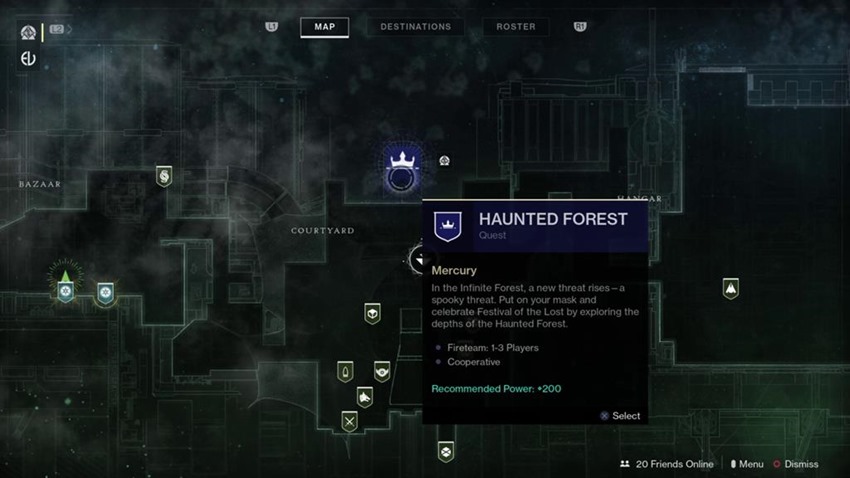 Looks like the Friday the 13th series is massively popular with the Hive, and fits into their Sword Logic perfectly: 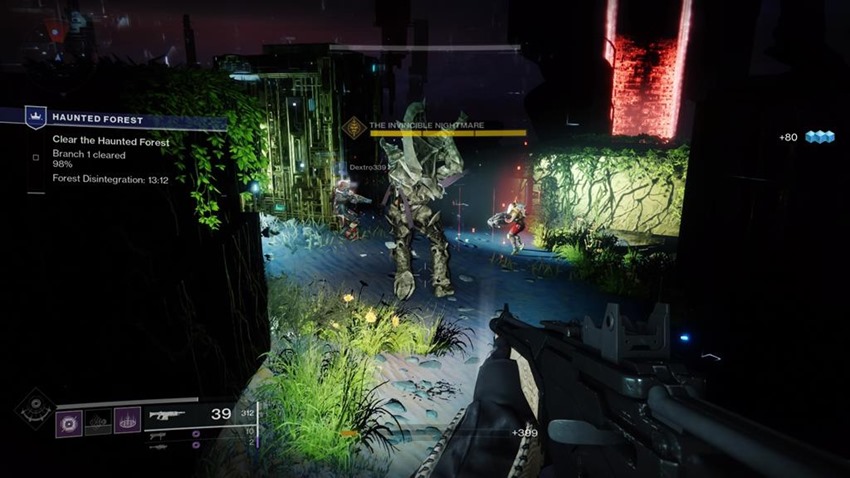 The end goal? Loot of course. While Amanda has a fantastic auto rifle that is well worth pursuing, it’s the journey not the destination that will make it feel worthwhile. It all ties in to how Destiny 2 is currently structured: A constant grind for more power, but a hell of an enjoyable one at that. To get the best loot that Amanda has to offer, players need to earn Fragmented Souls with which to purchase that gear. 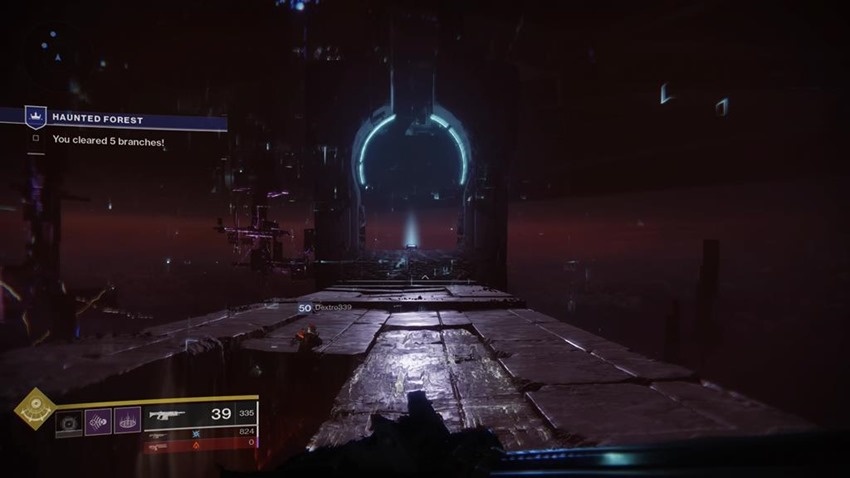 Will you get it from taking down bosses in the Haunted Forest and completing bounties? Absolutely. Will you get even more of them for acing the zone and making it all the way to the end? Oh hells yes. That’s what Destiny 2 is all about right now, a quest to improve your Guardian and stay connected with this hobby. 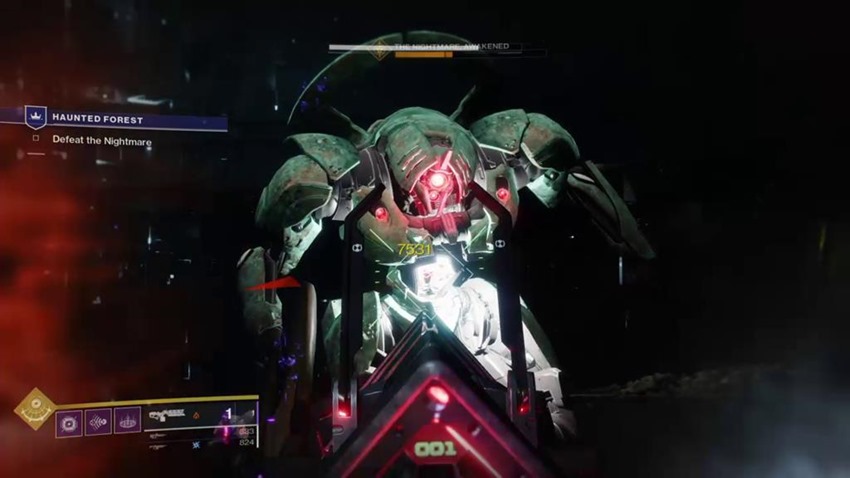 Ever since Forsaken launched, this new direction has worked wonders for the sequel, giving players something to engage in no matter when they play the game or how often they choose to return to the various worlds available. Festival of the Lost reinforces that design decision, throwing in the right atmosphere and action needed to stand out from the pack. 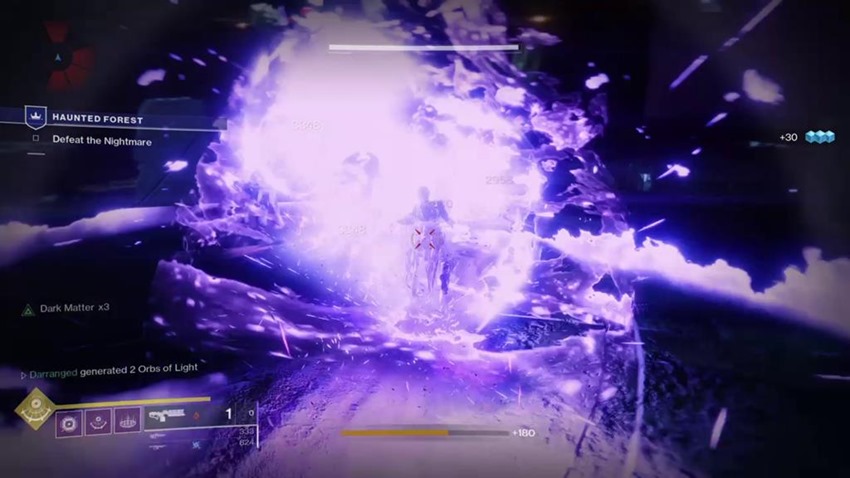 Plus, that spooky music when you visit the Tower is just banging’.