Home Gaming Destiny is a lot longer than you think 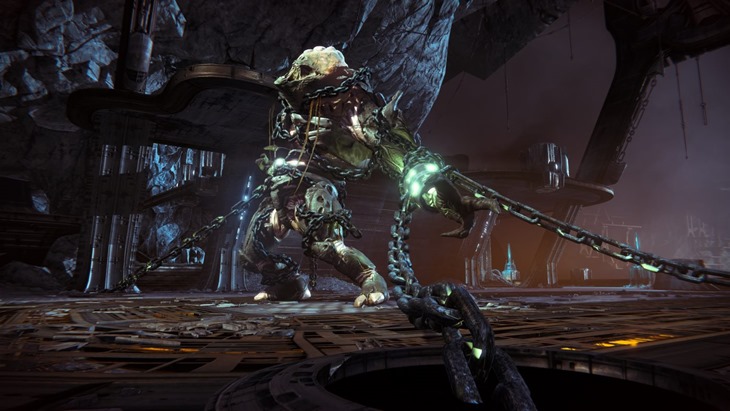 Destiny was released a few days ago and seeing that the game is so reliant on being populated by other people no media in the world received advanced copies. So here we sit a full 3 days later and there are only 8 Metacritic affiliated sites who have posted reviews yet.

By far Destiny‘s strongest component is its competitive multiplayer, the Crucible, bringing together a series of traditional first-person shooter gametypes and letting players duke it out with whatever weapons and skills they’ve acquired.

And that’s where I know they lost the plot, well for me at least. I have literally no interest in the PvP side of Destiny. But yeah each to their own.

Anyway back to the headline, there are a lot of reports that the single player game can be completed in 6-8 hours with this being backed up by screenshots of the second screen app showcasing people completing the game in 6 hours. However IGN have been recording every second of their experience in preparation for their review and now going back over the recordings they have seen that even though their story completion time is marked as 6 hours 11 minutes it has actually taken them over 18 hours to get to this point.

I’m not nearly finished the story yet and I’ve been playing for around 4-5 hours so I can definitely agree with them there. The mission clock appears to only count the time you spent directly working on the story, no side quests or exploration. Which are actually required for you to rank up high enough to take on the bad guys in the main quest.

And just in time to stop the complaints about a game only having 18 hours of playtime; Bungie has announced that the first Raid and Crucible challenges are about to be released. Between today and Monday Bungie will be hosting an intense 3v3 deathmatch experience where guardians can fight to win Crucible Gear, Crucible Marks and Crucible Reputation.

But more exciting, for me, is that the first Raid will open up on the 16th of September. You will be expected to be at level 26 to complete this Raid entitled Vault of Glass and according to Bungie this is going to eat hours of your life so be prepared. We’re still working on our review, which we’ll have for you early next week.