Home Gaming Destiny is great, but it is missing some tricks 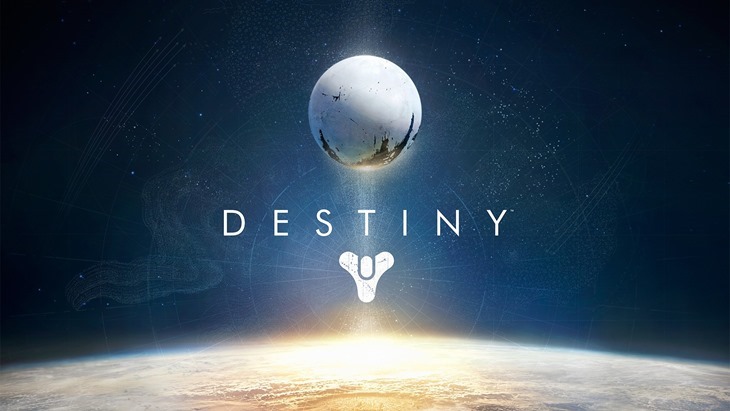 This weekend was the first time I’ve personally been able to put a good couple of hours into Destiny and the game is truly phenomenal. Bungie has done something incredible here and I truly think this will be the defining game of the next few years.

But having said that I still feel the game is missing some things that will truly make it one of the great games of our age.  Hopefully Bungie will be taking note of what the community says and we can see these in the final game.

The headline explains it all. After grinding out a win against that Spider Tank I was immensely disappointed to run up and realise that it had dropped almost nothing. Where’s our bajillions of weapons, armour, ammo and the like? A couple of clips of ammo and no weapons at all was a disappointing haul and Bungie need to take some queues from Gearbox here and make sure the bosses drop a ton of loot. It doesn’t have to be useful loot but you want to see some benefit from the big kills.

I can’t believe I’m saying this but I actually want Bungie to take a look at DOTA and steal their last hit mechanic. Not in the way that only the last hit counts – but for example: I was midway through a massive wave of enemies and my partner was taking out a wizard. The wizard was pretty much dead so I turned around, threw my knife half way across the map and killed it with one shot. I would have loved to get a little bonus for something like that. Even if it was something as simple as immediately recharging my throwing knife.

The story mode and strike modes in Destiny are amazing. I’ve not had so much fun in a game since Borderlands 2 was released and I truly can’t wait for the game to be fully released. But the Player vs Player part of the beta is definitely nothing special. In fact I’d agree entirely with Geoff when he said if he wanted to play Halo multiplayer he’d have loaded Halo.

The gameplay is generic, the mechanics are entirely too similar to Halo and I really can’t see any reason why I would invest hours of my life into it. Bungie needs to take a step back and see what makes Battlefield and Call of Duty so engaging and try come up with something a bit more unique or honestly just drop the PvP mode entirely.

Show my character in battle

I spent a solid 5 minutes making my character only to find out that the only time you see them is when you are wandering around the Tower. Seriously I want to see my purple headed goodness running around in battle, it would make spotting your strike-team partners that much easier and is something I really can’t believe they aren’t going to implement.

This morning Darryn and I were arguing about whether I had killed a certain boss character or not. How is it possible that in 2014 we don’t have a simple trophy board on the Destiny App showing which bosses I’ve killed and the level they were at? I want bragging rights for killing some of those insane bosses.

Destiny is breaking new ground by attempting to make a game that caters for all the different types of gamers out there but at the moment single player gamers seem to be getting stiffed. I’m honestly expecting the retail game to have a killer story line to follow that branches out when I explore the large open areas. Why is that boss hiding under the ship wreck, there must be a reason behind that so tell me.

So we’ve got our local Lazygamer.net clan, join it here, but when I was playing on the weekend I noticed there is no way to see who else in our clan was online. You had to be friends with them before they’d show up in-game which totally destroys the point of the clan in my opinion.

If you are going to offer the ability to create a Clan then I want to be able to see what my clan mates are doing and even better would be to have a Clan room at the Tower where we could swap weapons and armour between members. At one stage I had 3 identical weapons. Why can’t I dump two of them into the Clan room for my colleagues to use if they want?

Yes I know Bungie has said it isn’t allowing cross generation play (PS4 and PS3) because of the advantage that the PS4 players would have in PvP but why not enable it for the story, strike modes and raids? I can’t afford a PlayStation 4 yet but I want to play on the same strike team as them and Bungie has already said there is no technical reason stopping them from making this happen. So make it happen Bungie.

Don’t get me wrong, I’m hugely excited for Destiny to be released in September – but no matter how good something is it can always be better. So if you’ve been playing the beta let us know what you think of it and if you have any ideas that would make the game better leave us a comment.