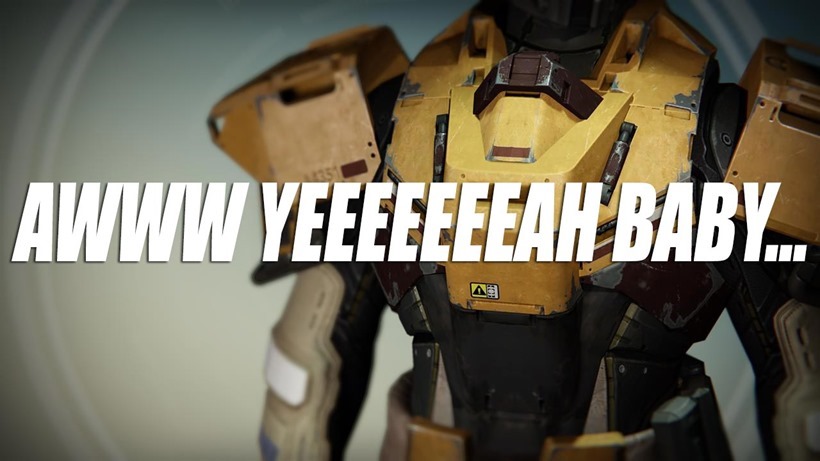 Welcome, true believers, to another episode of Adventures in Destiny Addiction! When we last left Darryn, he was busy thrashing at his screen after losing his 14th Iron Banner match of control in a row, before he assumed a foetal position and started weeping about his rank in that event.

And that’s a common ailment in Destiny. You might have a friend who has retreated into a dark and dank corner, which is the preferred habitat for many a player after their skin has been reduced to a translucent glow that cannot handle natural sunlight.

So how do you coax them out? By letting them get a whiff of some loot from the game. Yes, nothing is better at reintroducing Destiny players to society, by trapping them in a cage with Doc D’s patented formula of Upcoming Premium-priced Expansion Gear and Guns.

With my new formula from Destiny The Taken King, you can rest assured that even the most dedicated of Thorn-wielding level 34 Hunters will be unable to resist taking a peek at what they’ll be shunning their friends and family for in September. Here’s a sample of things to come:

It’s kind of weird when you think about it. Here is a game, where I will plug untold hours of my life into attaining that loot, in a process which is essentially the pursuit of grabbing a weapon that can deal bigger numbers of damage to enemies who can resist many, many more numbers of your onslaught.

It’s a very weird philosophy that applies to just about any game, but what the hell, I’m going to fall for it again in September when Destiny The Taken King arrives. Anyway, back to the sales pitch: