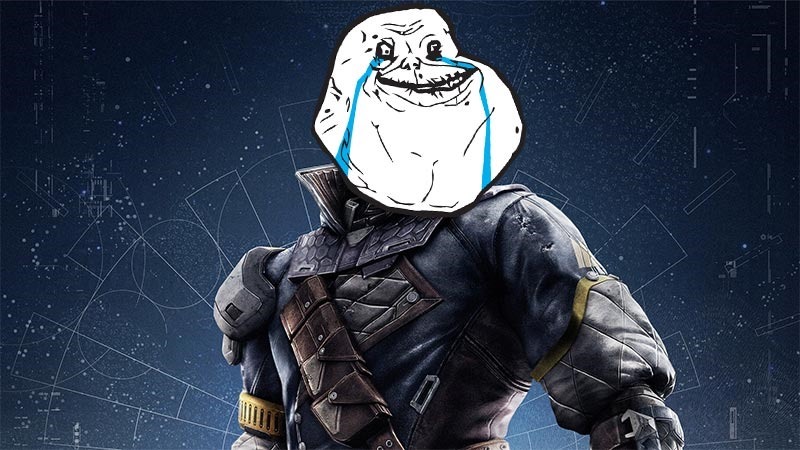 Apparently, some rather heavily-marketed, RPG shooter with shared, MMO-esque worlds was released today. You won’t be seeing very many reviews for the game out today – save for one or two from mavericks who’ve ploughed their way through the game’s story without experiencing the game the way it’s meant to be played. Bungie has warned against day one reviews – and after playing for a few hours last night, I get their point.

“We fully anticipate seeing day one reviews from folks who decide to kick the tires, but don’t have the time or patience to take our ride for a nice, long road trip,” said community manager Deej.

“Some of you might wait to pick up a copy until you read the final verdict from your most trusted review house. We’re okay with that. We’ve created something we’re proud of.”

The game, he says, is designed to be one that thousands of players share – and that the game, unpopulated, is not how it’s meant to be.

I played for quite a few hours last night, trying to lose myself in Destiny’s lore – and I have to agree. As nice as it was to have early access to the game, it was rather barren and bare with so few players on the server. When I started playing yesterday, there was maybe one other player up in the tower, and a sum total of zero others roaming about in Old Russia.

It was a stark contrast from the heavily populated beta, and it hit home how different it was not seeing other people shooting at the the fallen. It did start filling up later in the evening, and it was then that a few fellow stragglers joined my fight while I was busy on a single player story; coming to my aid against a particularly tough group. A serendipitous public event kicked off half way through the mission, and we banded together  to stave off a Fallen attack while protecting some or other bit of technology. After that, we all waved at each other and went on our separate ways, each presumably resuming our single player stories. It’s when emergent stuff like this happens that Destiny truly comes alive – and it needs to be populated for that to happen.

“From the beginning, we set out to make Destiny feel like more than bits on a drive. We wanted to build a place for players to visit – a place filled with luminous life. Without a vibrant population for the last safe city on Earth, and Guardians roaming the wild frontiers, Destiny is a shadow of what it should be. That’s not how we wanted to submit for review.

I’m not all that far in the game, having just levelled past the cap from the beta – so I don’t have too much to say on the game that you haven’t already heard a million times just yet, or even experienced for yourself.  We’re working on our review – but we feel this game is something that needs to be played for quite some time before we’re able to judge it properly.

so far, I’m enjoying it quite a bit – but it’s definitely better with friends…and even strangers.