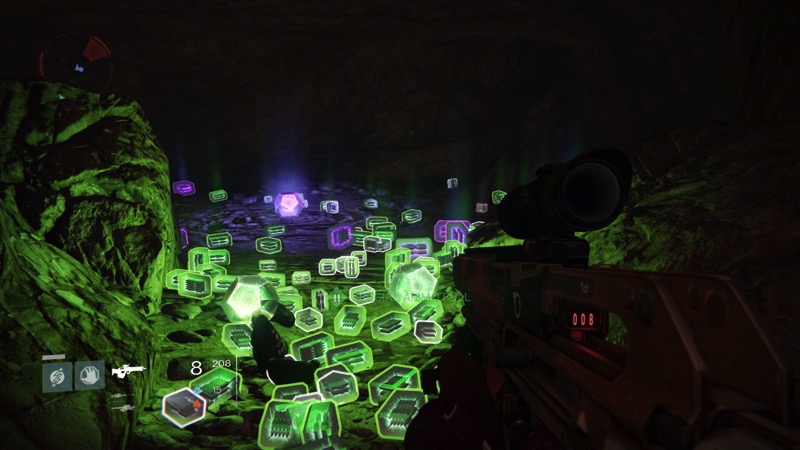 There isn’t much good to say about how Destiny deals with endgame content. Once you hit that Level 20 soft ceiling, it’s all left up to chance. Progression is based on new gear, so two roommates set out to see just how many times you’ll have to grinds Strikes in order to get some shine new Exotic weapons. It took them a long, long time.

As described on Reddit, the two roomamtes set out to see just what loot Strikes rewarded players with. They did this but playing each Strike no less than 200 times, comparing what loot each gave at the end. Both of them ignored loot that enemies dropped, opting to finish each Strike as quickly as possible rather. i’d probably do the same if I was endlessly grinding each of them hundreds of times.

The results? Well, unsurprisingly, it’s extremely rare to get an exotic drop, with the ultra special gear only dropping an average of once every 50 runs. It doesn’t just take Exotics to level up, but seeing the drop rate for Legendary gear so low as well says a lot for Bungie’s strategy to keep you playing until you literally want to burn the game in a blazing bonfire.

Now this isn’t strange for a game that is essentially an MMO. They’re aim is to keep players grinding endlessly, but what most MMOs have that Destiny lacks is a wealth of content. Instead you’re left shooting at the same enemies in the same handful of Strikes over and over again, especially if you want to have any hope of leveling up.

Still, if logging on and blazing through the same Strikes everyday is still entertaining for you, then that’s great. At the very least you’re getting some value out of a game I regretted purchasing just a few days after launch.