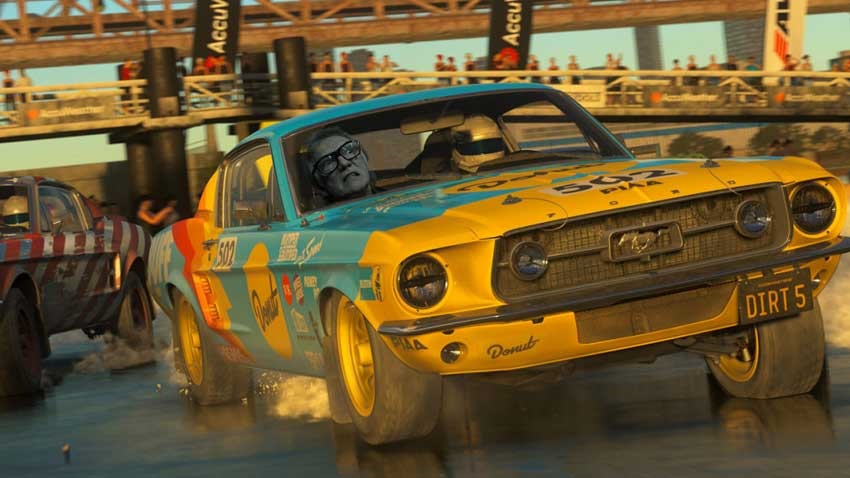 Few studios manage to nail both quality and quantity, but Codemasters have managed to carve out a section of the racing game genre that few other studios can compare to. Dirt Rally is the benchmark for precision rallying action, the annual Formula 1 games are ludicrously quick examples of polished speed and Grid manages to be the best Need for Speed game on the market today.

There’s one other brand that you might be aware of in the Codemasters library: Regular Dirt! Numbered entries in that specific line of rallying games don’t come all too often, but when they do pitch up they’re usually a treat of friendlier racing physics that lean into a more forgiving side of rallycross while also emphasising tricks and drifts with which to tickle that lizard part of your brain that buys Fast ‘n Furious movie tickets.

Dirt 5 will be out later this year, and this year’s iteration includes something brand new to the franchise: A proper story mode.

Surprisingly, Troy Baker and Nolan North haven’t been brought on to voice a souped-up Ford Fiesta and other assorted engine noises, but characters within Dirt 5’s narrative mode. Baker will be the managerial angel on your shoulder who guides you throughout your career, while North will be putting on a black hat as the primary antagonist in Dirt 5 who’s like totally better at you than the vroom vroom stuff.

Beyond that, Codemasters emphasised that Dirt 5 will reward you for driving like an absolute lunatic who comes dangerously close to vehicular manslaughter every time you approach a corner. Or just like a BMW car owner, to be precise. “When you jump into this game, forget the norm. Forget expectations,” Chris Groves, Social and Community Manager at Codemasters, wrote on the Xbox Wire.

Forget the ‘regular’ way of playing. Dirt 5 dares you – and rewards you – for being creative, stylish, and sometimes for being a straight-up lunatic.

Dirt 5 will hit PC, PS4 and Xbox One in October, with a scheduled Smart Delivery option for Xbox Series X that allows you to play the game in a 120hz mode . That should look like a banger on that system I reckon.