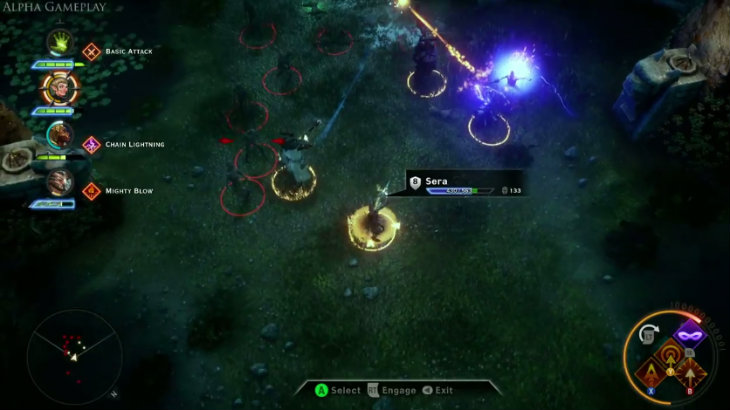 Dragon Age: Inquisition has shown off some cool combat thus far, but you guys haven’t really seen a full explanation of the strategic, tactical mode that you can also use. I thought it was a nice change of pace for the franchise from what I saw at E3, but the new details in this video make it look even better.

Here is the first in a new series of videos from Bioware showing off gameplay features. This first video focuses on combat and reveals more about the strategic tactical camera.

For those who enjoy action-based combat, you can still go in swinging, setting action preferences for the rest of your party so that they heal when you want them to or use particular attacks. For those who want more strategic control over the combat, there is the strategic tactical camera which pauses time so you can reveal more information about your enemy and determine exactly how you want to engage them in battle. This means that you can decide which choke point you want your tank to hold, or how your mage should use particular spells to divide mobs.

I like that multiple play styles are catered for with this. I hope that both approaches work equally well – it would be really disappointing to fans if you had to use tactical approaches instead of action ones, but a nice balance would mean that players could enjoy combat however they prefer.

Speaking of player preferences, the Dragon Age Keep is still coming. It’s currently in closed Beta that you can sign up for over here. For those who don’t remember or never knew, the Dragon Age Keep is an app that takes your play through experience from previous Dragon Age games and lets you “keep” it as you move to new platforms. Upgrading from PS3 to PS4 or PC? Not a problem, you can still have the specific Thedas that you built in previous games. Due to the delay in the game’s launch, the Keep will also be delayed. However, seeing as we never had a specific launch date for the Keep, we don’t really know when to expect it, or by how much it will be delayed.

I’m liking what I’m seeing of Dragon Age: Inquisition thus far, although the colors and effects for magic do seem a bit over the top. It looks like they’re playing with fireworks or a bad rendition of Avatar the last Airbender. Let’s just hope that these are placeholder images/animations and that we get something a bit slicker in the final product.