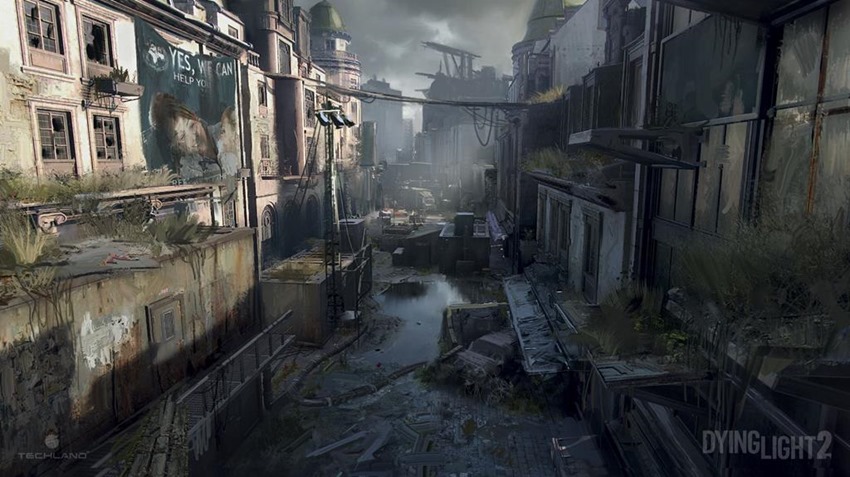 Dying Light’s city of Harran was a realistic location within which to examine the aftermath of a zombie apocalypse. Deserted cars littered the streets, ramshackle defenses had been organised and entire suburbs looked like they’d gone to hell and back as you flipped and jumped across their suburbs. All of which created a creepy atmosphere that helped sell the game’s more frantic moments when the sun went down and more aggressive zombies emerged from the shadows.

For Dying Light 2, developer Techland is examining the idea of a new city-state rising from the ashes of humanity. How would it function? Is it truly secure? And what Faustian deals are you expected to make, to keep your safe zone running? A lot, as you’re going to need to strike a few deals with less than savoury characters who’ll help you out. 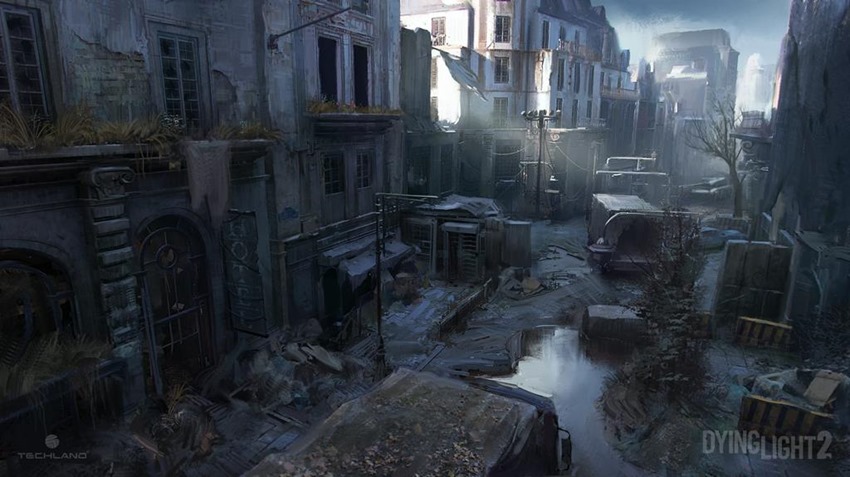 Seeing as I have no soul, I’ve got zero problems trading ease of travel and community benefits for a more constant supply of water that benefits only me and a select few, as I detailed back in my E3 report on the sequel. Deals like that, are just the beginning for Dying Light 2 and the world you find yourself in. “There are some places, some regions, some choices that present you with two different philosophies on how this world should progress,” lead designer Tymon Smektała said to Kotaku.

“[The city] used to be a welfare state with widespread social protection for everyone,” Dying Light 2 writer Bogdan Graczyk (one of several, including industry legend Chris Avellone) added. 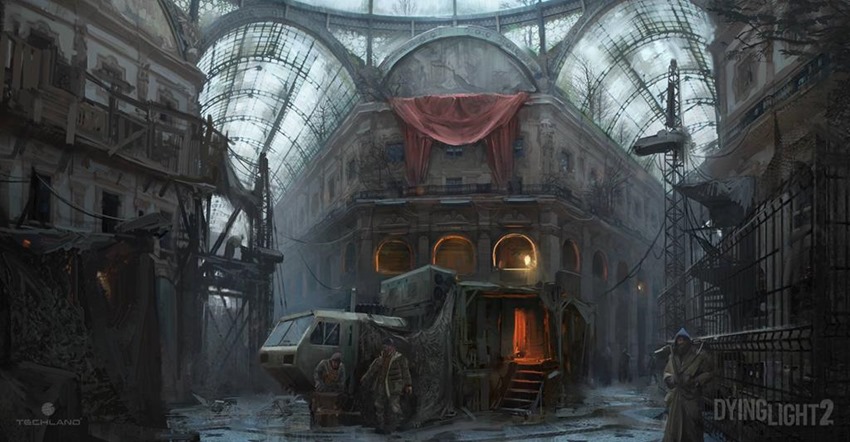 The downfall of a protective state and its institutions is really brutal for the individuals. The city of Dying Light 2 is a great case study of extreme mindsets. They’re like a parasite to the city, creating a complex living and breathing organism, and we give the player tools to apply a therapy of their choosing.

Basically, you can be a selfish bastard who only looks out for himself, or you can actually help rebuild the institutions that a human society relies on to help it survive and function. Each path has its own distinct pros and cons, resulting in a world that actually looks deceptively peaceful or accurately conveys the hellscape it has become with its more crimson palette of atmospheric paint.

A new Dark Age, as Techland likes to say. With the current economic climate that we’re living in today, maybe having a scorched Earth policy ain’t so bad for when the dead come knocking on your door. Now vote for me in the zombie apocalypse, and I guarantee that anyone who sneezes too loudly and dramatically will be tossed over the walls to be eaten alive by the undead hordes. 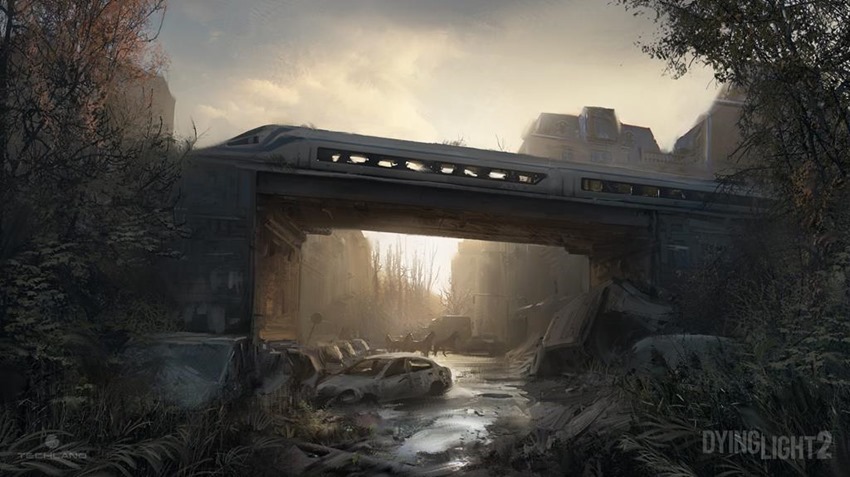