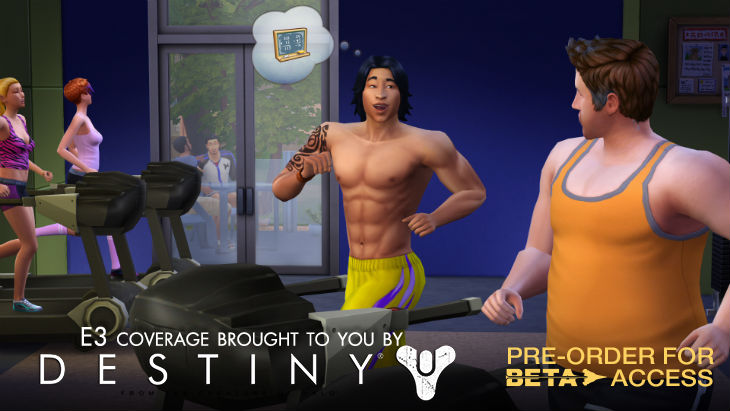 Don’t even try to deny it – I don’t care how “hardcore” you are as a gamer, you have probably been addicted to The Sims at some point. The latest version of the game boasts a bunch of improvements, but it’s the emotions that might get you fired up.

During character creation, the sliders and horrible sub-sub-sub menus are gone. Players can highlight any part of the body to adjust and then simply drag as desired to customise. Even the walk styles can be customised, adding personality and flair to the way your Sim moves around the world.

Speaking of that world, players can explore their environments, go fishing or even cut plants from local parks and plant them in their own gardens. The world is much more dynamic and full.

Thanks to the new gallery system, it’s quick and easy for budding architects and interior decorators to customise their homes. Download a new house complete with furnishings with just a few clicks. Or, pick up a room and move it around with the furnishings. You can add or remove walls quickly and easily, as well as adjust foundation and wall heights.

However, it’s the social and emotional elements that seem the most intriguing. Thanks to some seriously enhanced facial expressions and body language, emotional states are apparent. In fact, in a screen called “emotion state” you can see exactly which emotions your Sims are feeling, and why. It’s not just about being happy or unhappy – they can be angry or energised, too. Emotions can impact activities as well. Angry characters can engaged in “peeved push-ups” or “sit-ups of fury” – these help Sims to channel their emotions and use them for good. In fact, exercising while angry means that the skill levels up faster and helps the Sim feel better. This means anger isn’t always a bad thing, and perhaps is meant to impart a life lesson in players.

Social relationships can also impact skills. During the demo I saw, the angry player went to the gym to carry on blowing off steam (the peeved push-ups just didn’t help). There, he encountered Chuck Norris, who was able to mentor him while training at the gym. When Chuck Norris combined with the Sim’s fury, it was only a short while before the skill levelled up, and a new friendship (or bromance) was formed.

The Sims 4 may just be the latest iteration in the franchise, but it certainly seems to have taken the game to a new level. It’s nice to see such intuitive design – I will never fight with TV placement in the room again – and I like that the Sims get new activities based on their emotions. It’s a lot more realistic, and adds more nuance to the social interactions in the game.