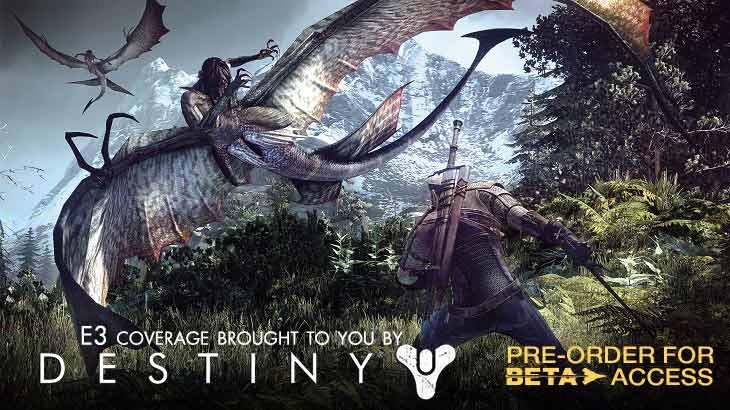 One of the biggest games of E3 this year had to be The Witcher 3: The Wild Hunt. It’s bigger, more beautiful than ever and it’s pretty much going to consume your life next year. Don’t believe me? Well Environment Artist Johan Mattson might convince you just how massive the final chapter in the saga of Geralt of Rivia will be.

“We researched a lot in classic works of art actually, in composition to make sure that every region had its own identity,” Mattson said of the stunning landscapes and vistas in The Witcher 3.

Like rolling hills, what kind of farmland would you find there, the swamps etcetera. Also real-life photography so we get the tones, the composition, what types of vegetation to create these unique locations.

In the third game, monster hunting is taking a big step up, with the world of The Witcher now being inhabited by quite a few of these supernatural denizens. Creatures that need a taste of silver from the hands of a trained sword-hand. And expect plenty more monsters to be seen, that have an old world design to them. “We’ve drawn a lot of inspiration from old folklore, you know Slavic, Germanic,” Mattson explained of the monster design in the game.

All you need is there, to find it. So I think people can relate better to it if you base it on what people used to believe. So monster design, the character department has done a great job with it.

Don’t expect The Witcher 3 to be a game that can be completed 100% in a few short hours either. This one is going to take a while. “Yeah, I mean we have fifty hours of main quests and fifty hours of side quests. So it’s about a hundred hours of gameplay,” Mattson said.

And that’s not including the normal exploration, tracking monsters so that there’s tons of stuff for you to do. Side quests for us, we don’t want you to have FedEx quests, because that’s just boring.

We don’t want you to fetch this sword in a cave and bring it back to us, that’s boring, that doesn’t add anything. What we’ve done, we’ve designed this so that it’s kind of organic so that side quests can tie into the main quests. So it’s not really obvious that you’re doing a side quest, it’s just like a story that you’re experiencing.

The Witcher 3: The Wild Hunt is out next year. Not soon enough if you ask me. And if you want the game for free, then click here.