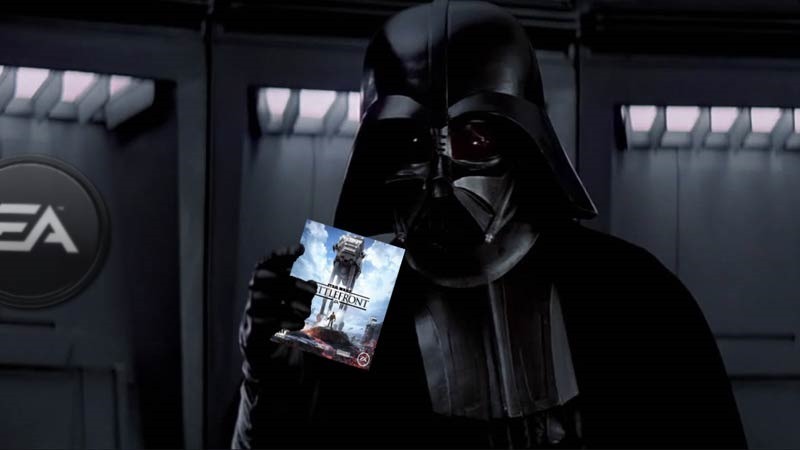 Star Wars is pretty much a license to print money, and far more legal than the dodgy counterfeit operation I’ve got set up in my garage where the man is constantly trying to keep me down yo. But just how much money can it make? Well for EA, the answer is a Bantha poodoo-load, but not all of the Bantha poodoo that is.

In a post-earnings release conference via VG247, EA revealed that it expected to ship 9-10 million units of the new Battlefront game when it releases in November. That’s a rather high sales figure, even for a brand as beloved as Star Wars. Bear in mind, that’s for units shipped, not even sold, so who knows what the final numbers will be. In comparison, Battlefield 4 sold over 12.3 million games internationally on various platforms according to the notoriously iffy VGChartz, setting the high and historical benchmark.

There’s of course a number of factors at play here. For one, Battlefront will only be released on the latest current-gen hardware, so that already cuts out a significant portion of the installed client-base from the PlayStation 3 and Xbox 360 market, which are still going strong these days. Then, you’ve got plenty of negative perception around the game already, with comment threads usually filled with memetic images of how DLC and season passes have left you with a rather plain bun of gaming. Or something. It’s all getting confusing these days.

Still, aiming for ten million is a hell of a goal in my book, especially in an industry where a game that goes on to sell half that amount happens to be perceived as a failure by its parent publisher, despite it being profitable.