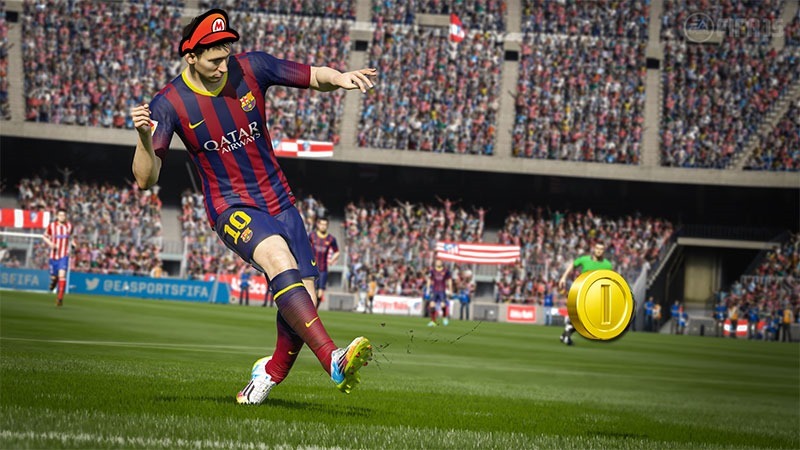 In FIFA’s Ultimate team mode, Trade offers were a way for players to directly exchange items with one another, bypassing the need for the thing’s built-in auction system. that’s cool, as it allowed for a sort of barter system or for people to share items with friends. As is typical for this sort of thing though, it was abused by scammers. It’s now being yanked out of the game.

“Although some honest players used this feature to trade with friends, it became one of the methods used by coin sellers to sell and move coins,” the developer said in a forum post on the game’s official forums. Account phishers also abused Trade Offers by moving stolen players and coins after wrongfully gaining access to unsuspecting FUT player accounts.”

“This will also address ‘bid bumping’, where people would try and trick others into bidding far more than they wanted for a player item.”

It’s all part of EA’s rather serious attempts to stem the tide of black market coin sellers, who’ll now be subjected to a three strikes banning policy.

“It was a tough decision,” EA said, “but this is the right step towards improving security, showing cheaters the red card, and keeping FUT safe for all FIFA fans.”

In addition to that, EA’s trying to put an end to the wanton social engineering hacks that have beleaguered FIFA’s Ultimate team. Players will now have to go through Origin login Verification to access the Ultimate Team accounts from anywhere that isn’t their home system.

While these changes do suck for those who’ve been using the trade offers legitimately, they’re a necessary evil to stop people from profiteering off of the game. Of course, it’s a situation EA’s fostered by giving these digital items a real world value in the first place.

FIFA 15 is out on just about everything that plays games next Friday, 26 September.