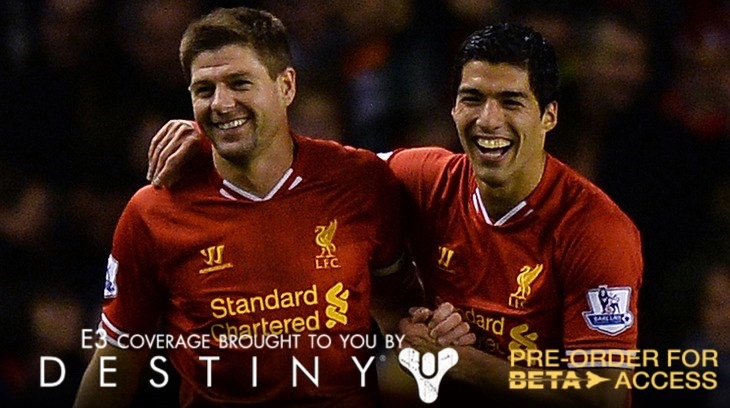 As you may or may not know I’m a huge football fan. And to our American readers, no I don’t mean the game where you pad yourselves up more than a Kardashian’s butt and then run at each other. I’m talking about the real football, the beautiful game that Liverpool football club epitomised last season in the British Premier League.

And as such I understand why FIFA needs to be an annual release. Sure they could just send out new squad DLC but what about the new teams that arrive? The new characters who appear and the way the game changes on a yearly basis.

Last year the focus was all about ball control and technique but this year EA Sports’ main push is about feeling. The way the game makes us all feel and dream and they are now bringing that into the experience in a bigger way. First take a look at the highly emotional trailer showcased at the EA event last night.

Okay so that’s all good and well but what actually have they done to change the game?

Well let me break it down for you.

Your players have, for the first time, emotion in the game. If that bumbling shrek Rooney makes yet another bad tackle on your player he will remember it and react differently around him when they are close. There are over 600 new emotional reactions added to the game that will be showcased when you are tackled badly, miss a sitter or score that incredible over the head scissor kick.

EA Sports has promised to make the match day experience even better with custom chants, crowds and experiences depending on who, where and when you are playing.  But it’s not just the stadiums and fans who will change, they are also promising side-line antics and massive player celebrations for those crucial, title-changing moments.

Team Tactics are being honed in FIFA 15 with some brand new automated options that you are going to see your opponents trot out depending on how the game is going. They could either start seeing West Ham banging the long balls up front or Manchester United pointlessly pinging balls into the mixer in a useless attempt to score against lowly opposition.

Or you could see Chelsea absolutely ruining the beautiful game by parking two buses and then time wasting over at the corner flags for eternity. Love it or hate it these tactics, and many more, are part and parcel of the game and I for one would love to accidentally side-line the Chelsea player who isn’t playing the game the proper way.

And last but not least is the fact that they have obviously once again improved the visuals all around with more players being totally modelled.

But this year they are bringing something special into the game with realistic pitches that wear down over the 90 minutes. Apparently my midfielders are going to be covered in green grass marks from their constant sliding and one of the most exciting things ever announced.. corner flag physics.

Okay that’s not exciting, but is exciting is the way the goal posts will react to being smashed with a driving shot giving you that real immersive feeling all of us fans want.

All in all the additions to FIFA 15 will easily ensure it stays as the top experience for Football fans for the next year and honestly I can’t see them ever being caught at this rate.