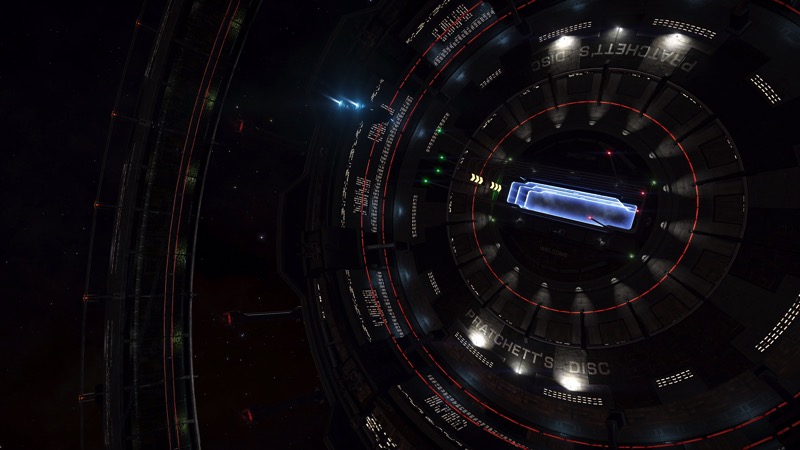 Thursday last week was a sad one for thousands of people across the world, as news of famed author Terry Pratchett made its way around the internet. The author of fantasy classics set in the Discworld was an inspiration for many other modern writers, including some of the guys behind the expansive space sim, Elite: Dangerous. And what better way to show their respect than an immortal tribute in-game?

With very little fanfare surrounding it, Frontier Developments has launched their own Terry Pratchett tribute within Elite: Dangerous. Players can now visit the aply named “Pratchett’s Disc” starport, which will remain in the game forever. The starport, sadly, is not on the back of a massive space turtle.

Frontier added the tribute as part of their 1.2.05 update, which went live last night. Speaking to the guys at Eurogamer, Frontier expressed their love for Pratchett’s work, and credited it with some of the inspirations for the game. They felt a small tribute to the late author was the best way to show their respect for him, as well as reflect the sentiment of their players.

“At Frontier we have a great many Pratchett fans on staff and we were all saddened to learn of his passing. The sentiment was reflected by our community so we felt it would be right to remember him in Elite: Dangerous.

If you manage to get yourself to the Pratchett’s Disc starport, but sure to have some fitting music playing in the background – and try hold back the tears.