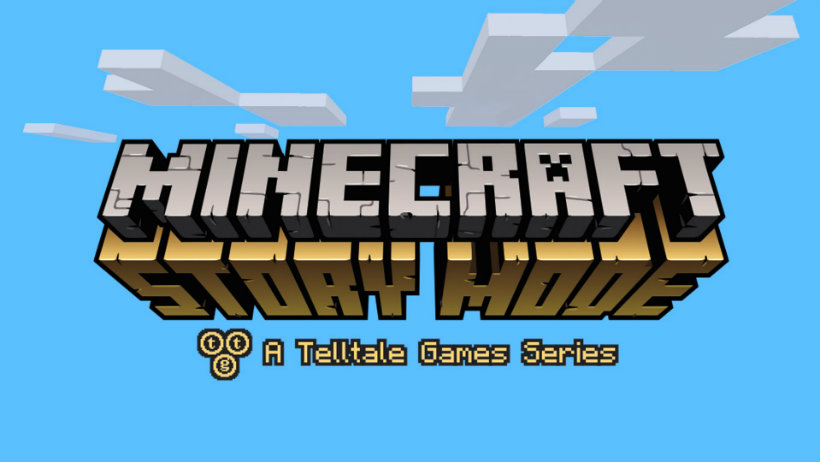 Telltale went to Minecon this year and everyone knew it was to reveal their latest game. Telltale is all about storytelling, decisions and character development, elements that are all distinctly lacking in Minecraft. But, they’re using the Minecraft universe to tell a story, and it sounds… unique.

Here is the story rundown from the announcement:

You’ll control protagonist Jesse throughout the season, as portrayed by actor Patton Oswalt. Jesse and his group of friends revere the legendary Order of the Stone; four adventurers who slayed an Ender Dragon. The Order are the very best at what they do: Warrior, Redstone Engineer, Griefer, and Architect. While at EnderCon, Jesse and his friends discover that something is wrong… something dreadful. Terror is unleashed, and they must set out on a journey to find The Order of the Stone if they are to save their world from oblivion.

The trailer makes that look a bit more entertaining:

I’m not really sold on the idea, but at least the story has taken shape. It seems you’re part of a motley crew of friends (and pig) who need to venture into the Nether in order to save the world. I’m not quite sure when the typical Minecraft party added griefer to the regular mix, but I suppose that will play out nicely with decisions to pull horrible pranks on people.

I think Telltale is taking on too many projects and watering down their offering, but I suppose this game will still attract a ton of love and attention. Minecraft is such a huge title, it makes sense for them to make it. I just hope that they can deliver on a season in good time, and with an experience that people will actually enjoy. Chief Word Officer at Mojang, Owen Hill, apparently said:

The interactive storytellers at Telltale are giving players the chance to explore their own unique interpretation of the Minecraft universe. They’ve crafted a story that follows the logic of Minecraft, but still manages to feel original. It’s actually pretty funny too. And the pig is adorable. We’re super excited about players digging deeper into the world of Minecraft: Story Mode later this year.

Spoiler: that pig is totally going to die. I’ve played games before, the animals never survive. I suppose this will help to explain Minecraft to some people who still simply don’t get it, but I’m still just not convinced.