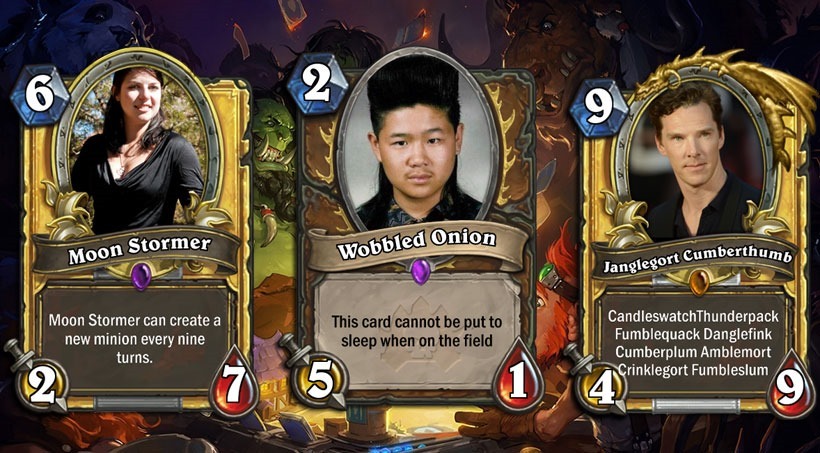 I haven’t played Hearthstone in a while, due to the fact that I’ve been distracted by a game that rhymes with Schmestiny as of late. Thing is, Hearthstone is still the kind of game that I could easily jump back to without having skipped a beat.

Sure, I’ll still lose horribly, but Hearthstone is a game that is as easy to pick up as learning to ride a bicycle or lying in court. Blizzard’s premium freemium game has proven to be a runaway success, with the meta-game evolving every month to accommodate more advanced strategies.

Thing is, Hearthstone is still inviting to newcomers.  And when you’ve been gone from the game for a while, having a stack of new cards to play around with is kind of exciiting.

In addition to the fifty new neutral cards on the way, players will also have a chance to sample 82 new hero cards for the Druid, Hunter, Mage, Paladin, Priest, Rogue, Shaman, Warlock, and Warrior in the upcoming Grand Tournament update.

There’ll also be two new gameplay mechanics to tinker with. Inspire will allow players to use specific cards to activate an ability whenever a player uses their Hero ability, while Joust will pick two random cards from both players when activated.

If the player who triggered Joust has a card with a higher value than his opponent, then the minion involved in the Joust will receive a buff. Sounds like a game-changer that, which can discourage low-value aggro cards from being overused.

Enough jibber jabber however. Let’s take a look at those new Hero cards! Click to embiggen:

As usual, cards can be unlocked inside Hearthstone with regular play, or can be purchased in packs of five if you’ve got some cash to flash on gems. HEARTHSTONE!