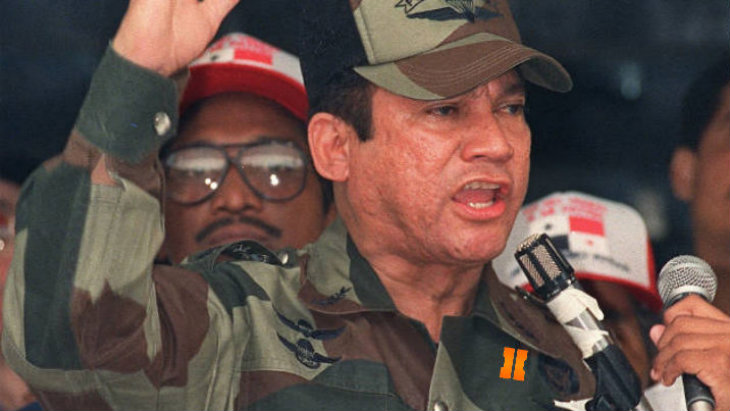 Ah, it’s so sad when people desperately try to regain their lost place in the world. Some of you might have heard of Manuel Noriega – he was a dictator in Panama in the late 80s. Well, like Lindsay Lohan, he’s trying to get a last taste of fame and fortune before fading into obscurity, and he’s doing it by suing Activision.

Reported by the LA Times, Noreiga has filed a suit in the LA County Superior Court where he alleges that Call of Duty: Black Ops II portrays him as “a kidnapper, murderer and enemy of the state.”. Oh, he’s not disputing that, it seems. No, he’s fine with being portrayed in a horrible light. What is he suing for? He claims:

This was done “to heighten realism in its game,” which “translates directly into heightened sales” for Activision.

Wait, so by portraying a dictator as a, um, dictator Activision has heightened their sales and owes him money? It’s a good thing no one sues on behalf of the Hitler estate – that dictator’s likeness has earned a ton of money, as has Stalin’s. Noreiga should be honored to be lumped together with the likes of those big league dictators.

Black Ops II has plenty of characters that are based on real-life people but from a fantasy approach. A character resembling US General Patraeus is also present in Black Ops II – I wonder if he should team up with Noriega. Perhaps they can get enough formerly famous people together and make it a bizarre class-action suit.

I don’t understand this. Games will be influenced by life, just like movies, TV series, books and other art forms. Once you become a leader of a country, particularly if you choose to go the evil dictator route, you sort of open yourself up to these kinds of things. Plenty of former historical leaders have been used in games – just look at Civilization and all those figures that are said to lead their people. Unfortunately, this is an obviously grab for money by an old man who used to have power. It shouldn’t take Activision’s lawyers long to get the case dismissed.