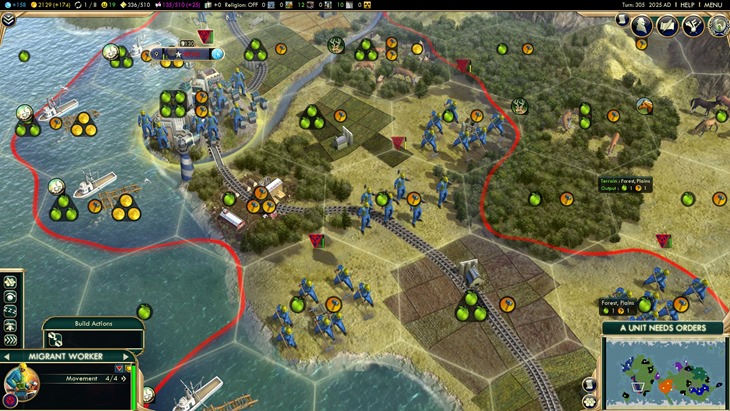 To the delight of many die-hard rugby fans everywhere, the World Cup has come and gone. Germany walked away with the trophy, but Brazil will have a tough time walking away from all the debt the event has forced on the nation. That’s the ugly side of the world’s biggest sporting event that some rarely take notice of. Thankfully, a new Civilization mod brings all the corruption, bribery and exploitation into the limelight.

FIFA World Cup Host Resolution is the one true FIFA sim that we’ve been waiting for. Instead of focusing on the beautiful game, the Civilization V mod focus on the dirty, underhanded dealings that usually take place before the event even kicks off. The mod was made in direct reference to the selection of Qatar as a host nation, easily the most controversial deal FIFA has made in a while.

In the game, players get to experience the real excitement of the beautiful game. You’ll be tasked with building stadiums, generating resources and hopefully bringing wealth into the host country. Thankfully, you have a brand new worker to help bear the load. The migrant worker will do double the work at half the food and water cost. You hold their passports and salaries, making it difficult for them to get away if they ever want to.

“If they run too far from your territory and the heat doesn’t kill them, there are literally countless afflictions and human rights abuses that will. They are the foundation on which your brand new stadiums rest on — or at least their bodies will be. But don’t worry when they perish, with 1.4 million units to choose from, it’s a never-ending supply of cheap labour!”

It’s a hilarious piece of work that is sadly closer to the truth instead of parody. If you’re interested in giving the organisation of Qatar 2022 a shot, you’ll need the Brave New World expansion for Civilization V. That, and a heart of coal.