Home Gaming Face-on with Hololens: This is the future 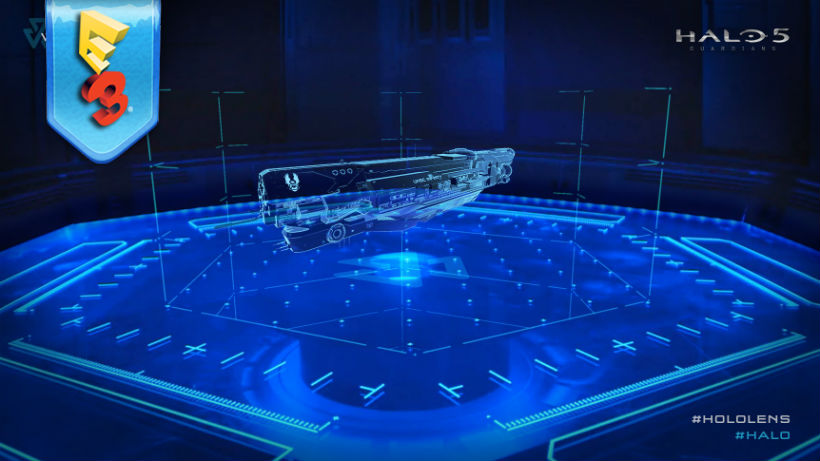 I am not sold on the whole VR thing. It seems like a gimmick and I can’t imagine strapping a screen to my face before enjoying some marathon gaming sessions. Augmented Reality seemed like a far less nauseating idea, but I still wasn’t sold on it and even used some rather salty language when talking about it. Good thing I used flavouring, though, because I now have to eat my words. Hololens has surpassed my wildest expectations.

My face-on time with Hololens was built around a Halo experience. In the queue, we had our “Spartan Optic Calibration” done – basically, it was a number to show where the natural point of viewing convergence is for each individual. Using this number, they can calibrate the headset to ensure that the holographic images appear within a field of view that’s comfortable.

The Hololens fits on essentially like a baseball cap. It’s comfortable and doesn’t weigh down on your ears – the main band is tightened around your head until snug but comfortable and then the lens comes down over your eyes. Thanks to being a bit further away from your face, it’s fine for people who wear glasses, plus, it doesn’t feel claustrophobic or like you’re wearing a screen next to your eyeballs.

After being fitted into the headset and testing that I could see four dots on the wall ahead of me, the woman setting me up instructed me to walk down the hallways and follow the way points. I am adult enough to admit that I scoffed before turning, imagining some silly form of way point. Instead, there, floating in the middle of the hallway like it does in games, was a way point, counting down how far I had to go until I reached it. It was quite possibly the single most immersive experience I could have imagined. 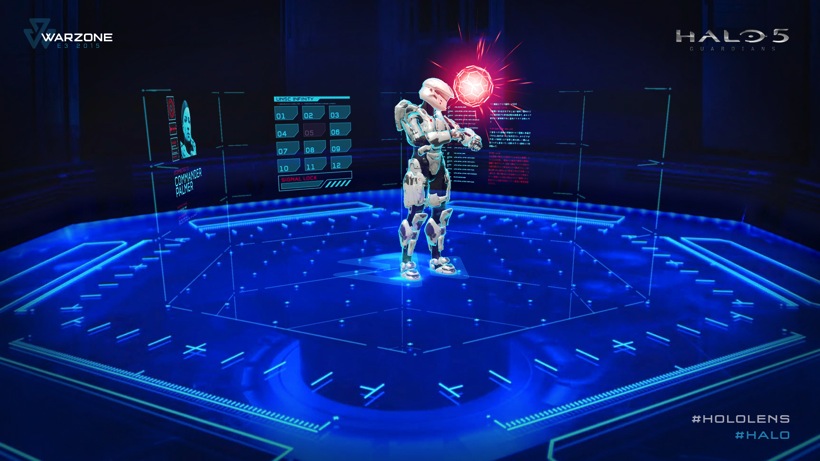 Upon reaching the way point, it became an arrow to turn left. In a small walkway, I was able to look out a porthole in the set and see a huge hangar stretch out. Depending on how I looked through the porthole, I could change what was visible, just like looking through a real window.

Upon reaching the final room, there was a central console where we could look at objects and depending on where you focused your eyes you could get more information about the various pieces. It was intuitive, easy and totally natural. When the briefing began using a hologram in that same position, it was incredible to follow – the map of the upcoming combat area as well as instructions about what to expect were so much more vivid thanks to the augmented reality. Obviously it was designed to look like a hologram, but it was more vivid and clearer than I ever would have expected.

As someone who suffers from simulation sickness, I’m very sensitive to things my brain decides doesn’t make sense to my eyes. I tried my hardest to trick the Hololens – moving my head from side to side, changing my gaze and viewpoints, adjusting my angles as I looked at things. Not once did anything fall out of place or look wonky. It was smooth and totally immersive. In fact, I didn’t want to take it off when the demo was over and I was sad that we wouldn’t get to play the actual game while wearing the headsets. It wasn’t even heavy or cumbersome to wear.

After that demo, I am completely sold on the Hololens. Just to see that way point light up, to look through a window and have it adjust what I could see depending on how I peered through it – that’s a kind of immersion we’ve never seen before in games; at least, not done this perfectly. I’m still not totally sure how it will work in practical application – it’s not like there can be space ship sets with Hololens experiences in every arcade. But still, I could imagine some really cool opportunities with this technology and the sheer fact that it works so well already is an incredible sign. It may just be a gimmick for now, but it’s a pretty damned incredible one.