Home Features Far Cry 5 – Where to find every prepper stash

It’s the end of the world, and I don’t just feel fine. I feel absolutely ready for it! I’ve got a storage container hastily buried underground, zero air filtration systems and plenty of candles to help light my darkest hour while I survive on nothing more than dozens of cans of baked beans in the apocalypse to come. What could possibly go wrong?

It’s a lesson I learnt from Far Cry 5, as the game happens to be populated by numerous prepper stash bunkers which hide funds, weapons and plenty of perk points. They’re well worth investigating, as each prepper stash is a small puzzle box waiting to be solved. You can find them out in the open world, by saving the right people from Joseph Seed’s cult of personality. Or you can take a shortcut, and mark the following locations on your map. 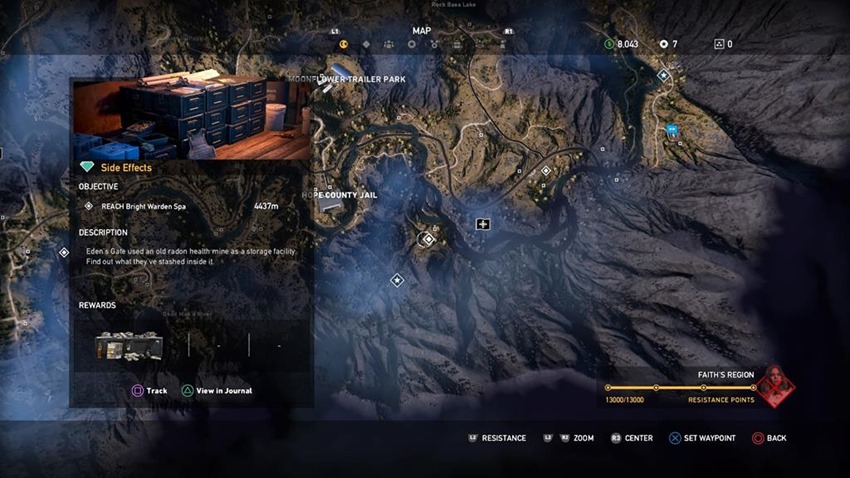 A cave filled with Bliss and plenty of obstacles can create a spooky adventure. Take the alternate path here, demolish any obstacles and watch out for any surprises in this linear puzzle. Flip the switch, watch out for Bliss Angels head back to grab your rewards. 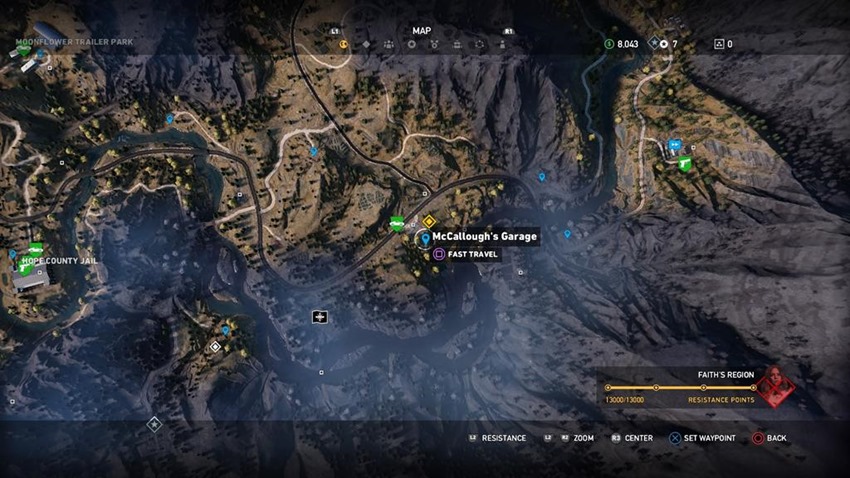 Okay, this one is tough. Go to the garage on the left, take out a gun and shoot the wooden barriers into oblivion on that barred door. CAREFUL! You might get a splinter. Hop over some boxes, crap your pants when a wolverine attacks you and grab the key. Sweet! Now you can enter the garage that happens to be locked on the right sand of McCallough’s auto shop. 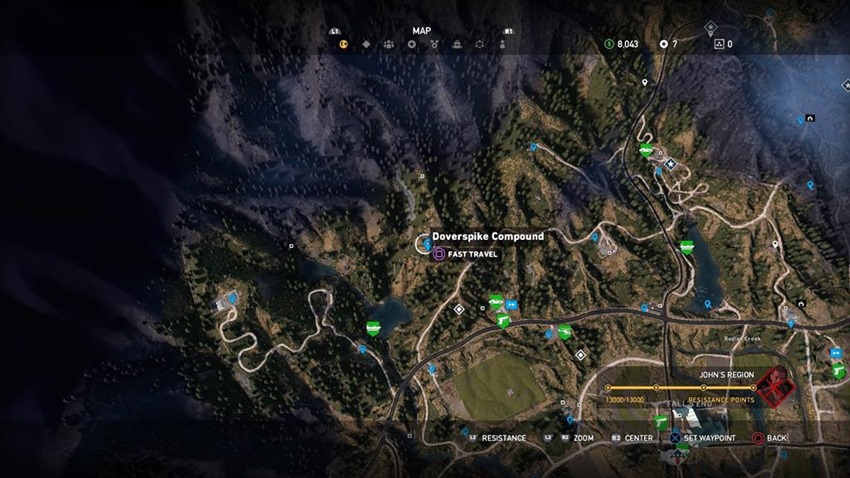 Not too challenging here. Just grab the key inside the house, open the bunker and survive the traps inside. Simple. 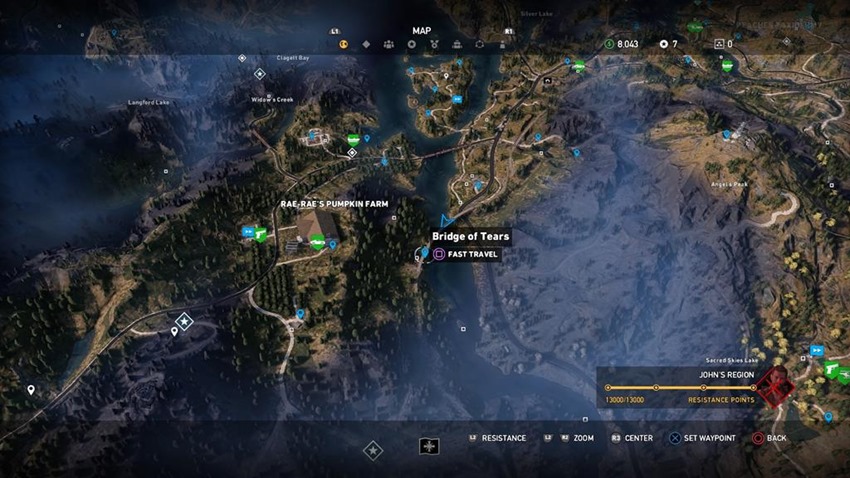 You’ll need your grapple hook for this, as you’ll swing around like a Spider-Man under the bridge of tears, working your way to the prepper stash hidden within the nest of steel girders and scaffolding. 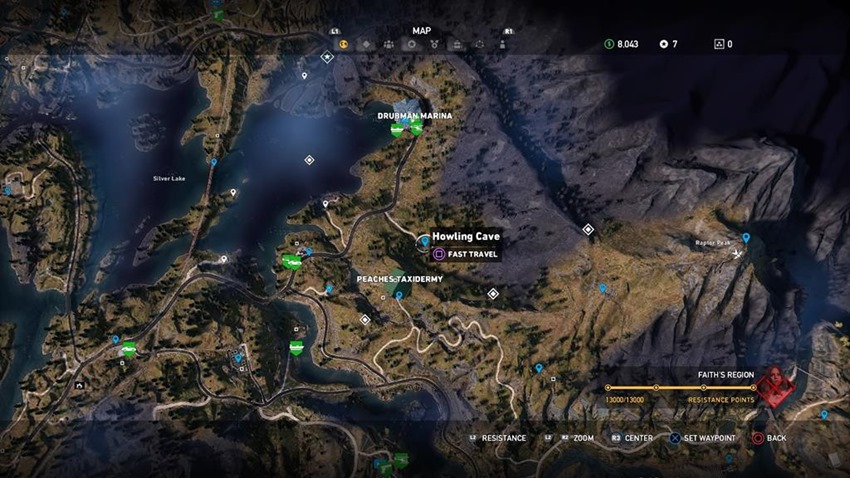 Just north of Peaches Taxidermy is a massive cave, filled with a few peggies. Eliminate them and their wolves, and you can grab the treasure inside. 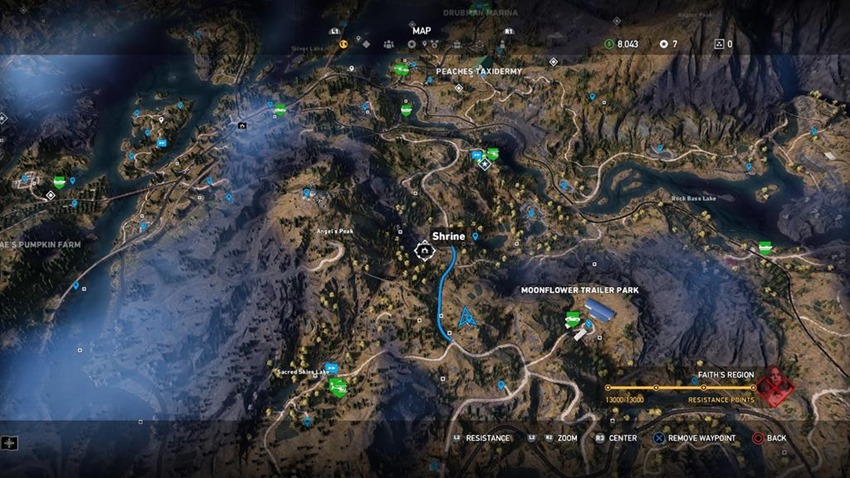 This one is slightly tricky to find. Spot the shrine on your map near Moonflower Trailer Park, head East from there and you’ll come to an old water mill. Work your way underneath the house, jump in and claim the booty. 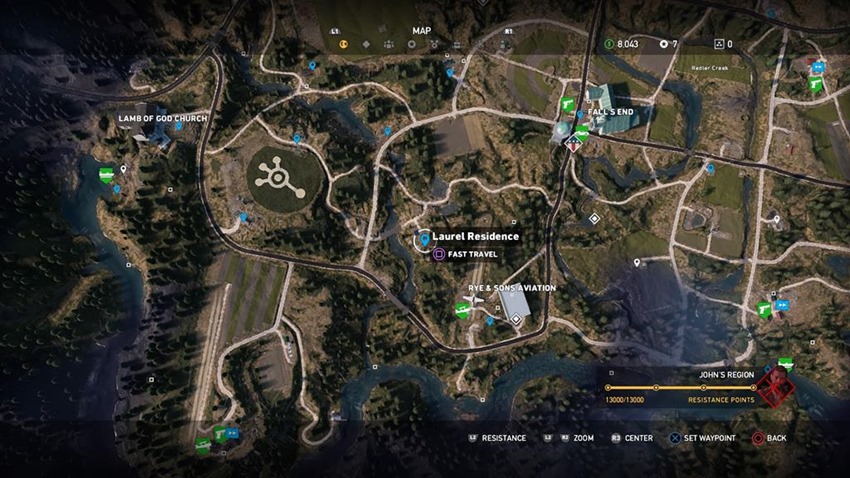 Another flooded bunker, that requires some swimming on your part. In the bunker itself is a key that you need to grab, so swim in and do so. Swim back out, go to the shed and activate the draining mechanism to secure your prize. 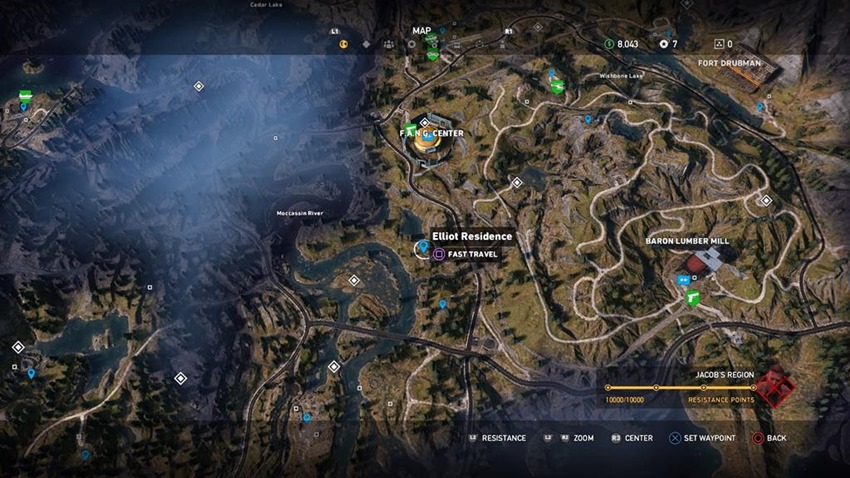 At the Elliot Residence, go to the rear of the house and jump in. Work your way through, prepare for the peggies who’ll arrive and grab the key. Once you’re done here, go open up the bunker in the shed at the back. 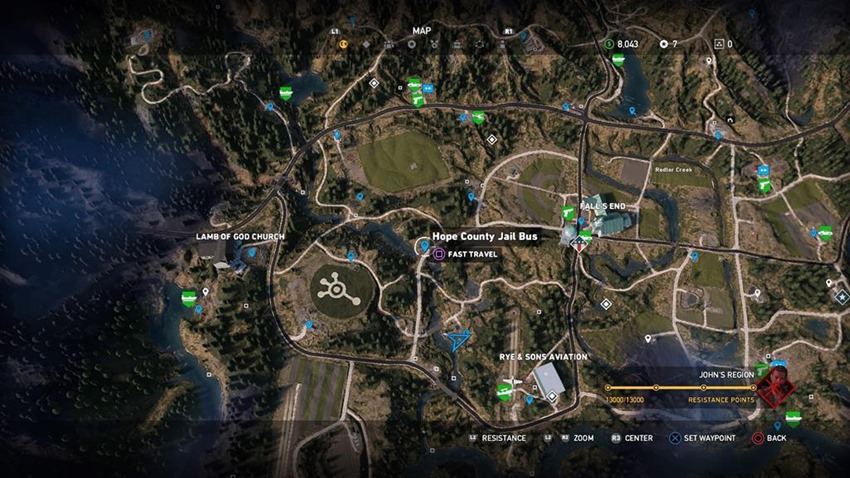 Northwest of Rye and Sons is an old prison bus, which sits above a waterway. Jump on down, go through the pipes and you’ll find the locked stash. Explore the pipe leading out, and you’ll find a dead resistance member with a key to unlock it. 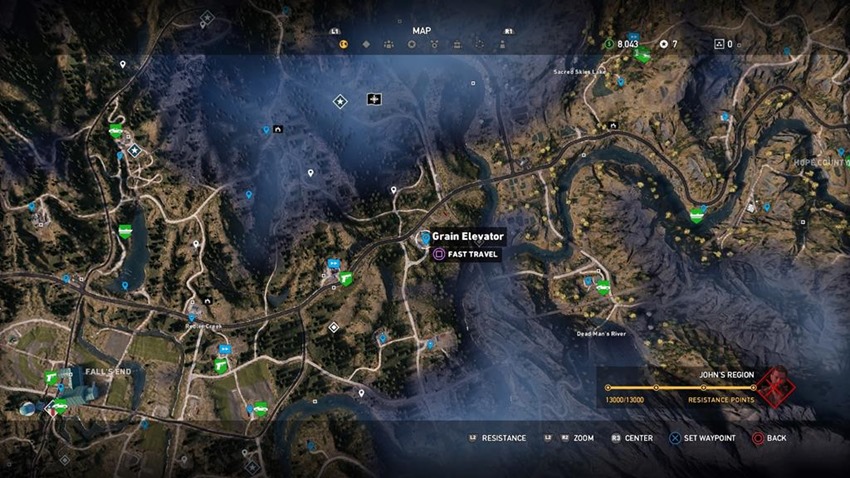 At the grain elevator, jump onto the roof, smash open the wooden barrier and avoid the bee hives inside. One prepper stash, secured. 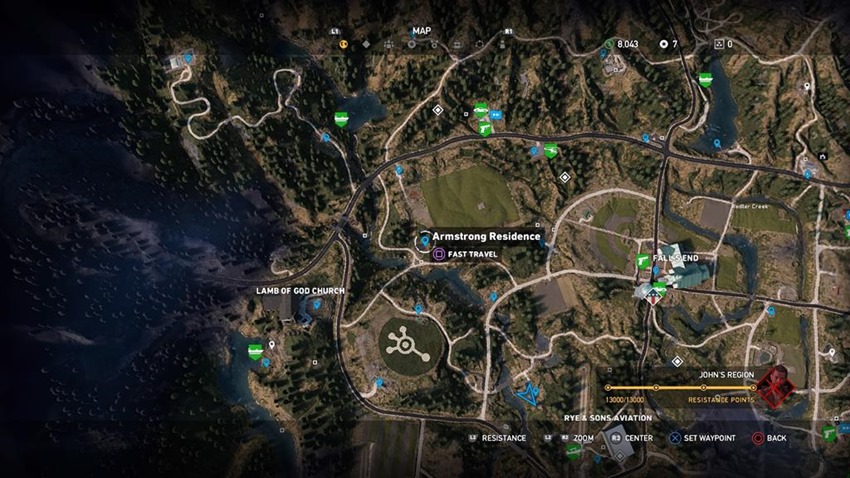 The burnt down remains of the Armstrong residence requires some hopping and leaping on your part. Navigate your way through the destroyed homestead and you’ll come across the bunker. 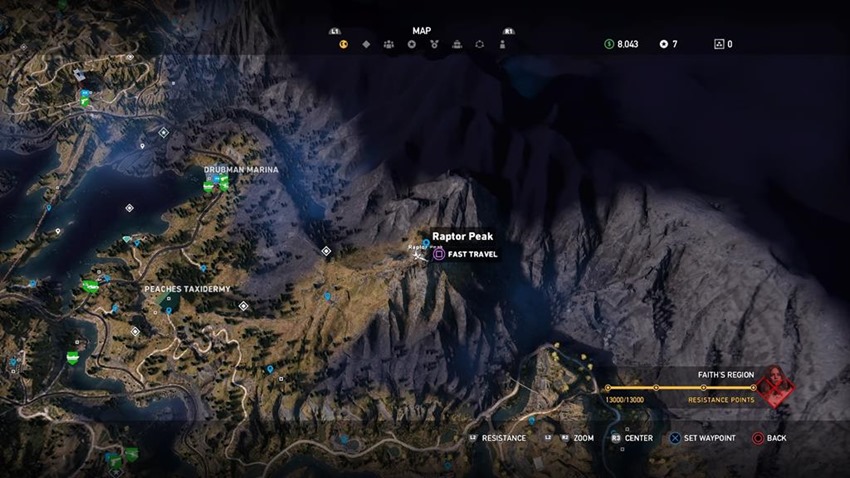 Get ready to climb. Far Cry 5’s highest peak requires you to get your best climbing gear out, avoiding eagles along the way as you reach the summit to find the goods at the top. Alternatively, hop into a plane and just parachute down. The choice is yours. 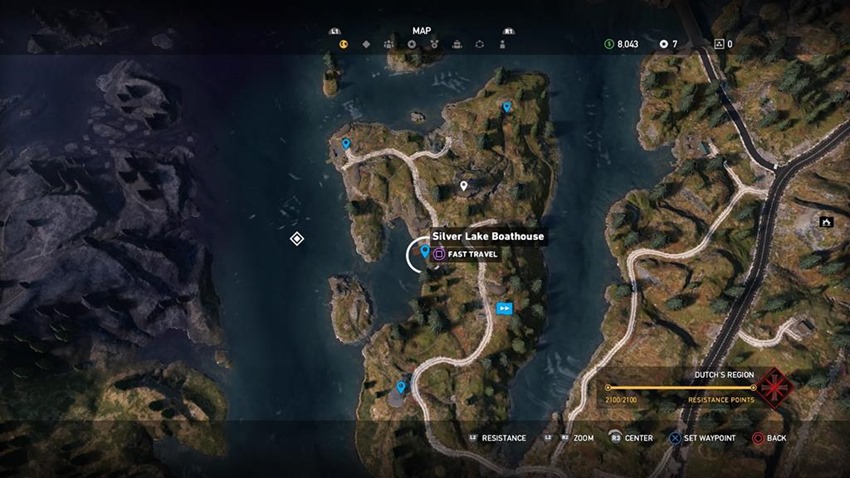 The first prepper stash you find is actually one of the easiest. The bunker is flooded with water and needs to be manually drained, which is easy. Merely jump in the lake, swim under the boathouse and emerge in the opening. Flip the switch and you’re free to explore the bunker without worrying about having to grow gills to do so. 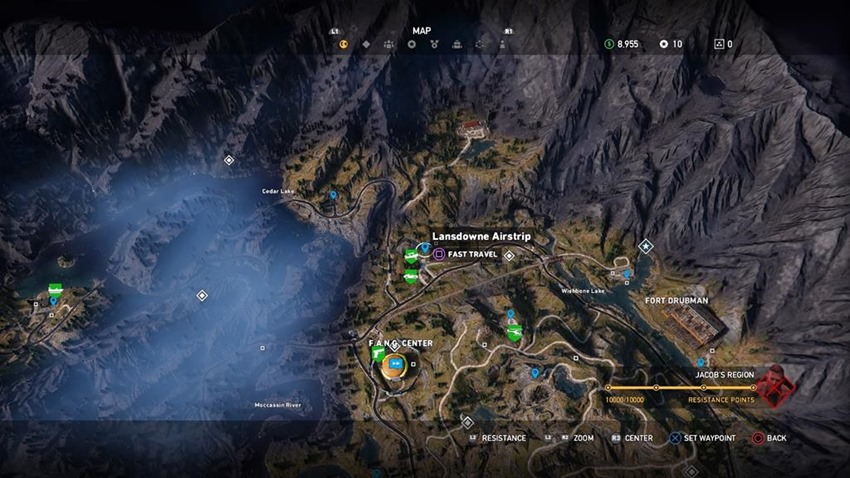 A locked airplane hangar and no way in? Not exactly. There are numerous ways to jump onto the roof of the Lansdown airstrip, but the easiest way in my book? Wingsuiting on down from above, or just landing a helicopter on the roof. Jump on down, open up and unlock a cool new plane while you’re there. 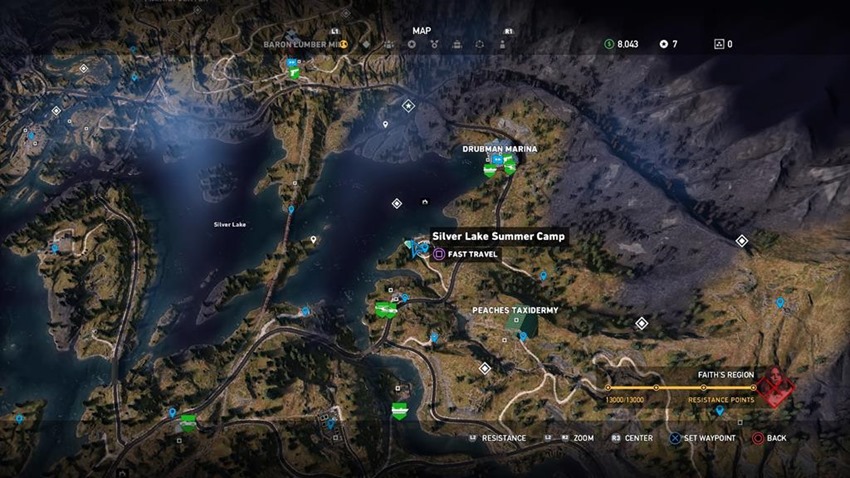 At the Silver Lake Summer Camp, bust down the boarded up window of the house that needs to be searched. And then, gaarrrgghhh, search all the dog poop for the key. Once you have that and realise that no amount of soap will ever get rid of the smell, go up the road to the second cabin and unlock the stash.