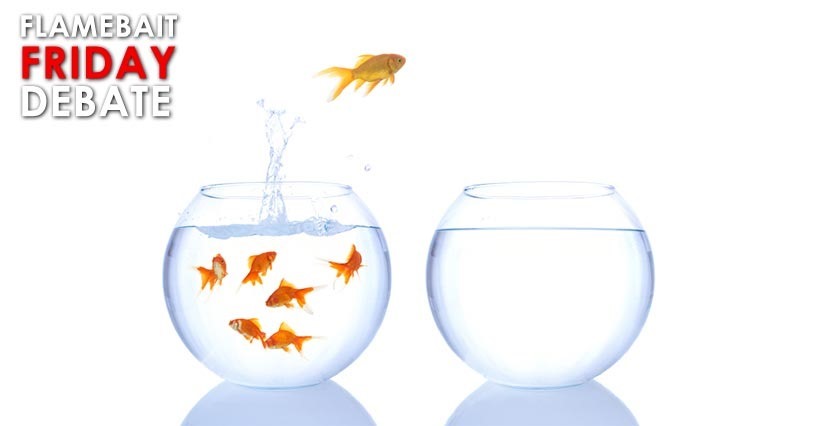 Exclusives. For many, they’re one of the worst things about videogames. Not being able to play some great big, anticipated game because somebody in a suit gave somebody else in a suit a comically large hessian sack full of cold cash (with a Dollar sign painted on it, obviously) is annoying stuff. Thankfully, at least Tomb Raider is coming to platforms other than its initially announced one.

But what else? What games that are exclusive to other platforms would you love to play on yours. Of course, it’s incredibly unlikely that whatever first party games you have in mind will end up on the system you favour. You’ll likely never play Super Mario 3D World on the PlayStation4, and you’ll never see Uncharted 4 on PC – but there has to be a million or so third party exclusives you’d love to see on other platforms.

Two from this new generation instantly spring to mind, as both of them are reasons to get a system. The first is the incredibly fun, but unfortunately fleeting Sunset Overdrive. Made by the silly chaps at Insomniac, it has some of the best weapons you’ll see in a game, even if it is puerile in its storytelling. It’s the single (at the moment!) Xbox One exclusive game that’s tempting me to pick up the system, until Quantum Break is out, that is.

On the PlayStation side of life? It’s easy. Bloodborne. FROM software’s diabolicially difficult Souls game is a far, far better third-party exclusive than something like The Order: 1886.

The Wii U, as we know, has pretty much no third party anything, and the one game that I’d love for others to play from its library is apparently headed out of exclusivity anyway. Yes, it’s the wonderful ZombiU. As for the PC? Much the same thing. The game I’d love to jump over already is: Obsidian’s excellent Pillars of Eternity.

But what of you fine gaming lot? What games – first, second, third party – would you love to no longer be exclusive to their home platforms?