Home Gaming FFD: FIFA has women in it, and the internet’s exploded 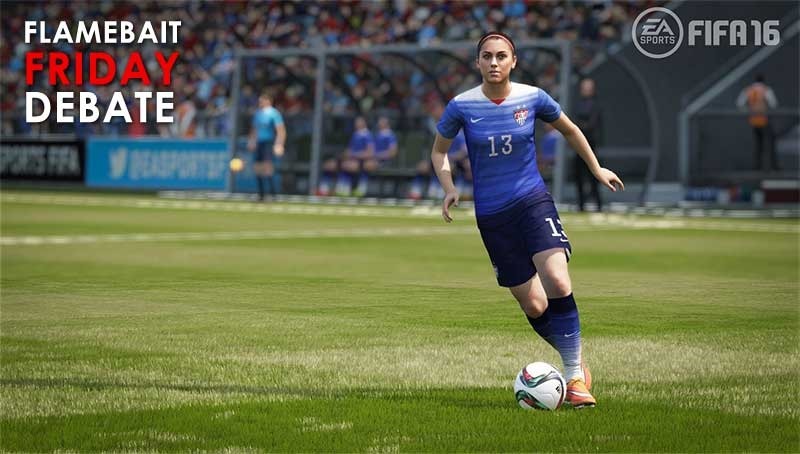 Yesterday, EA announced that its annual football sim, FIFA would include women players – and the internet exploded in to a storm of hatred, misogyny and conversely, praise.

“Bringing some of the best women’s players and teams in the world to our franchise is a massive event for EA Sports,” said David Rutter, vice president and general manager of EA Sports. They’re bringing in digitised versions of players from 12 of the world’s best national women’s teams: Australia, Brazil, Canada, China, England, France, Germany, Italy, Mexico, Spain, Sweden, and the United States of America.

As you’d expect, much of the internet devolved in to tired “kitchen” jokes, suggesting that women more belonged there than on the pitch – and a couple of far uglier bits of jerkbaggery. It’s also had equal amounts of praise, with many women saying that they now have a reason to buy the game.

There’s also an issue that’s been brought up – you won’t be able to mix teams, so women and men won’t be able to play them against each other. According to EA (and thousands of men who’re against the very notion of it) it’s all about authenticity, and yet this is a game that will allow you to play as Liverpool and actually win the Premier league. It’s a game that also allows ultimate teams made up of famous footballers who’re actually dead to tackle the rising stars of the sport, and even pit cloned teams against each other.