Home Gaming FFD: Is Life too short to play on hard? 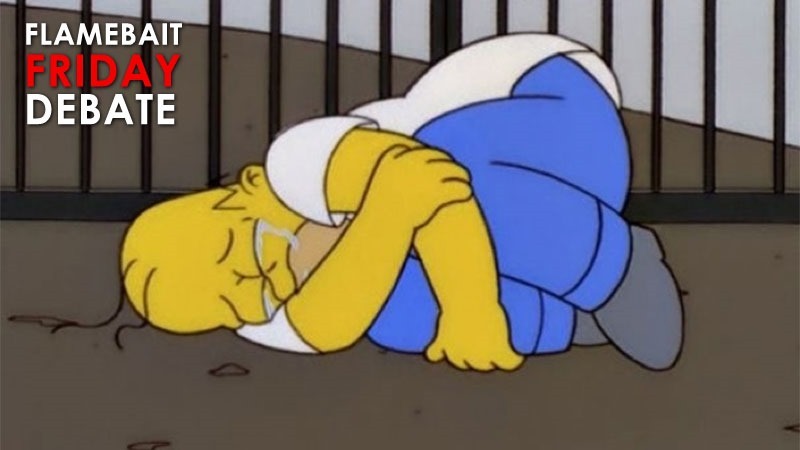 Bloodborne, as you’re well aware, is a difficult game. Like other “Souls” styled games, it sort of mythologises its difficulty, and beating games of its ilk has become a sort of gamers’ badge of honour. I suppose it’s been that way for ages, with gamers playing difficult games – or just on high difficulty levels – and boasting about beating them. And that’s ok. Also ok? Playing games on easy mode.

I read a rather good piece earlier this week from Rock, Paper, Shotgun’s Jon Morcom that rather mirrors my own stance to game difficulty as I’ve become older, burdened with stuff like a family and real-life responsibilities. In the past, perhaps as a way to get maximum value out of my games, I’d replay games on higher difficulty levels, increasing the challenge and in turn, the number of callouses on my thumbs.

“I realise I may be setting myself up for a hammering in any comments that may follow but the long and short of it is I’m a family man with a full-time job,” Morcom says. “My leisure time is no more or less precious than anyone else’s but if I’m playing a game, I don’t want to be rolling along happily at a good tempo then watch the screen dissolve to red and tell me “You have died” a few dozen times because the difficulty curve has suddenly soared skywards, a few degrees off vertical. I like a reasonable challenge and will nearly always start a game on normal, if only as a physical audit of my faculties, but if I get through unscathed and replay the game, it’s rare that I will attempt it on a higher difficulty.

In fact I am far more likely to drop it down to Easy so I can take the scenic route through the game and give myself a chance to stop and smell the pixels, if you like; to maybe admire the artwork and have a good poke around each level without having to worry too much about pesky enemies trying to ruin my day.”

As an old man who has to play through an inordinate amount of games, when I’m afforded the rare opportunity to play a game for leisure, I’ll often drop the difficulty down a notch or two, purely so I’ll actually make it through a game. Obviously, when reviewing a game I’ll play on normal as it’s necessary to establish hat the base experience for most consumers is – and once completed I’ll play around with other difficulties to see if the increase in challenge is artificial or not. Games for my own fun though, especially story-based ones? It’s easy for me.

“So the next time you find yourself floundering in a fun vacuum, when some developer somewhere has decided that you will only succeed by identifying a hitbox the size of a gnat’s cloaca, when some arbitrary set of fail conditions are hijacking the happy endorphin in your brain destined for Enjoyment Central and re-routing them to Rage HQ, seriously consider escaping into the options screen and dialing down the difficulty.” Morcom concludes. “Remember, there’s no exam and as I keep trying to convince myself, life’s too short.”

And I agree with that. I don’t think there’s any real shame in playing games on easier levels if that’s what you want. Of course, if you want to punish yourself, that’s okay too. In the end, nobody really cares that you finished Game X on Brutal other than you.

Do you agree, or do you think filthy casuals should play their games on higher difficulties?