Home Gaming FFD: Is Windows 10 worth upgrading to? 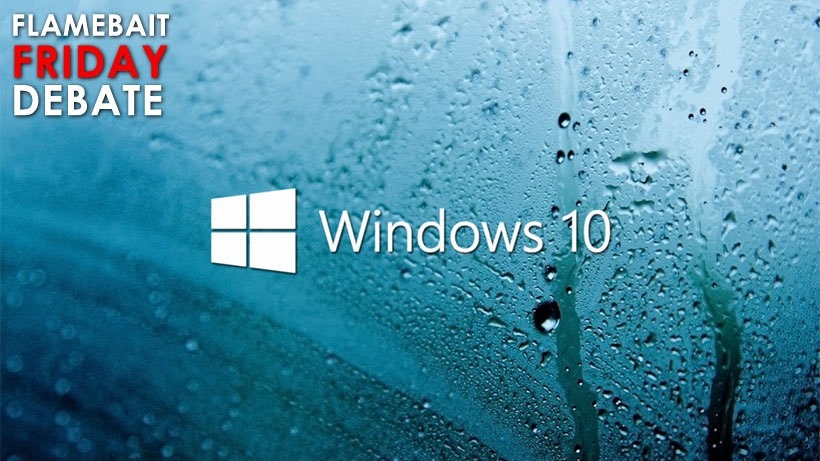 Yesterday, after what seemed like an eternity of failed updated, errors and other issues, I finally managed to upgrade to Windows 10. It took 5 downloads of the same damned installation media, and many hours of trying, but I’m now on Windows 10.

I even tried to update from the future!

I’m one of around 14 million people who’ve already updated to Microsoft’s latest operating system since its release on Wednesday – and I have to say, I’m actually rather impressed. It’s fast, slick and smooth – and barring some dodgy freemium nonsense – blends the best of Windows 7 with the best of Windows 8.

The biggest change, for those of us who play games on our PCs is obviously the addition of DirectX 12, which gives developers console-like, low-level “to the metal” access to hardware, which theoretically, should mean games made for the API will look and run better. I’ve not been able to test that just yet, bar for some early DX 12 benchmarks.

Most of my time, honestly, has been spent asking the new digital assistant Cortana stuff. “Tell Alessandro to get in the sea,” is something I’ve said just about every hour on the hour since upgrading, despite Cortana telling me that that function only works on Windows phones.

The upgrade is free for very nearly everyone, which means there’s really very little reasons not to upgrade. Especially if you want to tell Alessandro to get in the sea.

Have you upgraded? What are you experiences, and what do you think of the new OS? Is it amazing, or should it do what I keep asking Cortana to tell Alessandro to do?