Home Gaming FFD: We’re taking the fun out of gaming 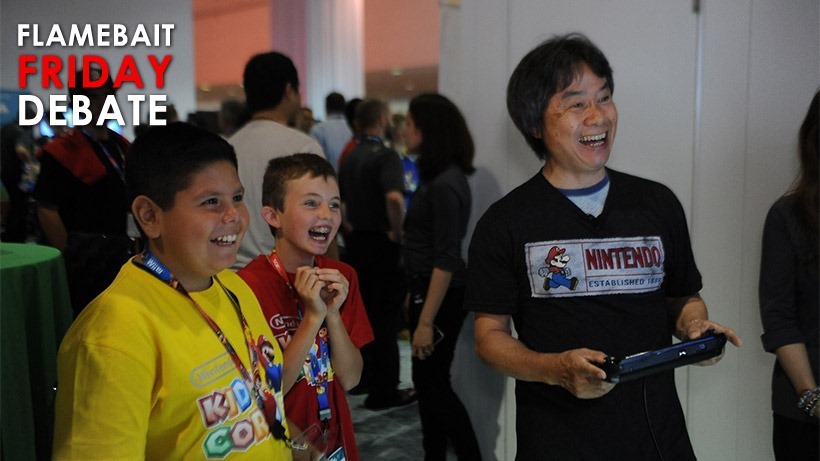 I’m a cynical bastard, and I struggle to see the positive in just about anything. And yet, even I’m becoming tired of just about everything related to games being overwhelmingly negative.

It’s never anything but complaints; people moaning about frame rates, resolutions and how shoddy ports are. People spent more time moaning about Arkham Knight’s PC port than how good a game it is, overshadowing Rocksteady’s efforts with complaints. Hypocritical, sure, because I’m guilty of it.

Everything’s about how things are downgraded, or how consoles are holding PC games back, or technical specifications. Conversation revolves around how big a patch is, how broken games are. There are petitions to change things, have developers cancel games or abandon their creative ideas to please a vocal minority.

And then there’s the social justice stuff. Don’t get me wrong, I think that they’re important things that need to be talked about to help the medium grow the hell up, but it just seems that it’s overtaken discourse and commentary on the games themselves. Games are too violent, games are sexist, games aren’t diverse enough.

They’re important topics, but do they have to be applied to everything? On the other side of that, we have people harassing developers, belittling other gamers, being complete asshats and creating an irreparable rift in a community once unified by a love of games.

It’s gamergate this, SJW that. Nintendo’s doomed, Microsoft’s backpeddling and Sony’s broke. It’s about PC Master race superiority, console peasantry and how mobile games ruin everything. There’s nothing but doom and gloom – when it should be about fun.

What do you think? Is the general discourse around videogames becoming all too serious? Do you miss the unbridled optimism and enthusiasm that games could invoke? Or is all this serious business a good thing; a sign that the medium we love is maturing?

The Playdate, that little handheld console with a crank? Yeah, even that can run Doom

No matter how many times you read a sentence that starts with, “Doom has now been ported…”…