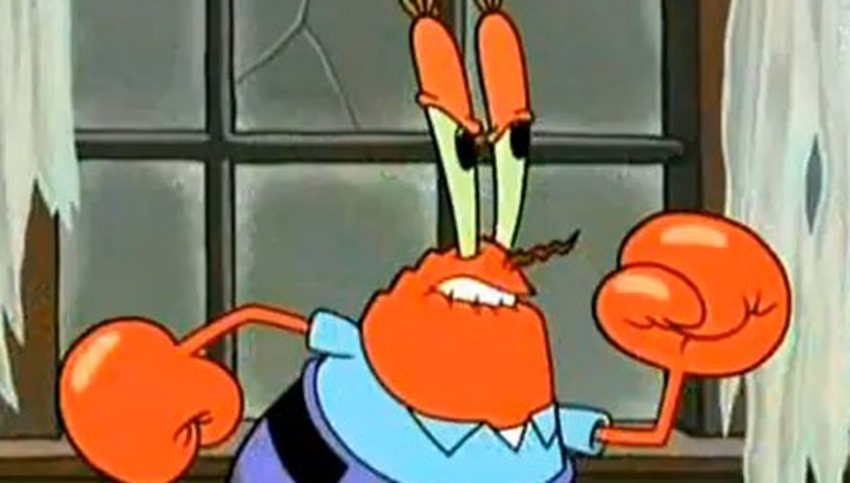 I love the wildlife of the ocean, and I love them even more when they’re sitting on my plate, freshly grilled and covered in a generous layer of lemon butter sauce. But I hunger for more. I hunger for a fresh meal that packs in certain…juices. I want to taste the struggle of my prey, feast on the adrenaline of its final moments! Basically, I want to eat some crab meat, that has the flavour of a knife fight in it.

Which is probably why I’m sitting in jail right now, having been arrested for abducting crabs from the aquarium and duct-taping kitchen knives to their claws. Oh sure when I do it’s a crime but when you live in Japan and make an entire video game about it, it’s evidently the best thing ever? LIFE AIN’T FAIR! I TELL YA SILENT BOB-GEOFF, THE WHOLE F***ING UNIVERSE IS OUT TO GET ME:

Anyway, thanks for the link ResetEra:

Yup, that’s a trailer for Fight Crab, which for now, appears to be a Japan-exclusive game on the Nintendo Switch, based on the crabrawling arcade title Kani No Kenka. It looks obviously brilliant in its own demented way, and if my peepers aren’t lying to me it looks like players can use the JoyCon controllers to flail about as a crusty crustecean. Man, Mr Krabs from SpongeBob Squarepants would be proud. After all, never forget what happens when a giant enemy crab attacks: