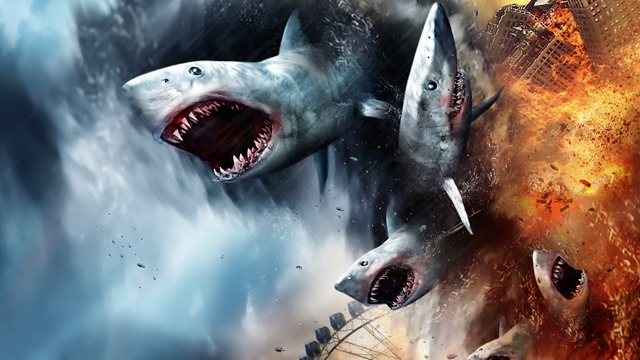 Ah cinema. The home of such classic films like Akira Kurosawa’s Seven Samurai, the sophisticated art nouveau of Citizen Kane and masterpieces such as Un Chien Andalou. Testicles to those movies, because nobody watches them. Instead, I want something trashy, consumable and memetic, like the made for terrible TV gems such as Sharknado. And it’s about damn time that such a film got a video game tie-in.

In case you’ve never, ever heard of Sharknado (SHAME ON YOU!), here’s the TV trailer for that cult classic:

According to the email that I received, here’s what pumping in $2.99 gets you in the full endless runner adaptation:

And here’s a trailer for the game, which has higher production values than the film itself. And a catchy theme tune:

The game is out now. If you’ve ever dreamed of a world where you can run through streets and bludgeon various aquatic sea-life in a manner brutal enough to make a Japanese whaling fleet recoil in horror and disgust, then this might be the game for you.

Now if you’ll pardon me, I’m going to pitch a movie to SyFy. I call it, Mega Octopusteroid Vs Earth.