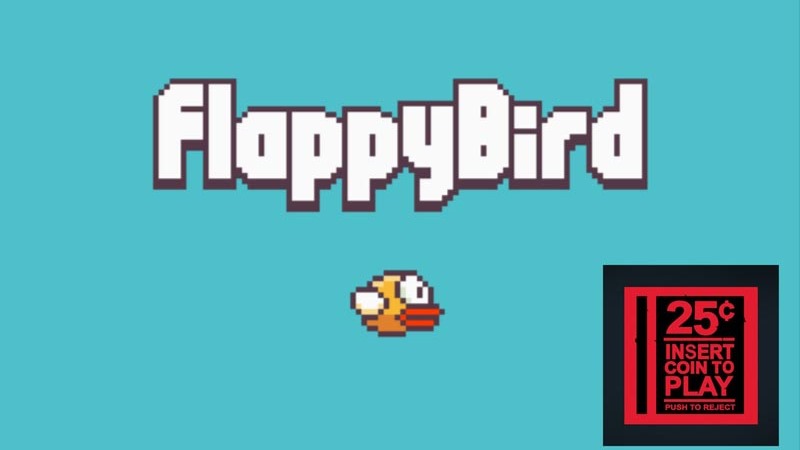 Ah, the arcade. A technicolour wonderland that smells vaguely of vomit and is the perfect place to dump unwanted children while you head to the casino. There are all manner of games available usually, such as a dusty old Metal Slug cabinet or a stand-up light-gun shooter that has most likely seen better days. But stand aside kids, because you’ll be pumping in plenty of coins when Flappy Bird flaps into town.

According to Engadget, the Flappy Bird arcade stand will sport a cabinet that is 91” tall and has a 42” vertical screen to capture all the glory of flapping your bird. Which sounds rather dirty now that I think about it. It also features one forever alone button, for all your flappy action needs. In case you aren’t aware, Flappy Bird is a game that has been considered the Citizen Kane of horribly frustrating single-tap platforming hell titles that is likely to be aped and spread around mobile devices by unscrupulous developers looking to cash in on a quick buck. 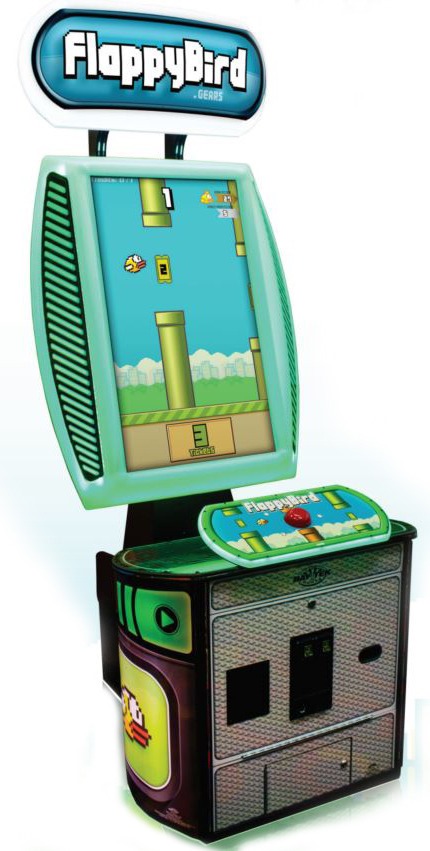 The stand comes from Bay Tek games, who have licensed the game from Flappy Bird creator Dong Ngyuen’s company Gears. And honestly, it looks perfect. Most arcade stands are designed to ring tokens out of you as quickly as possible as you strive to secure 200 tickets that you can trade in for that moustache comb behind the counter. And what better game, than Flappy Bird?

True story: I once worked a couple of weeks in a local arcade, before the entire concept was rendered redundant and PE caught up ten years later. The best bit of the whole experience, was being given full dip switch access, which resulted in various games having their difficulty cranked to the max. We’d do this regularly for the hotshots around, because we hated their snotty attitude, and watching them pump token after token into a machine was a small measure of satisfaction that made it all worthwhile.