Home Gaming Friday Debate – Xbox Series X or PS5, which next-gen console are you getting? 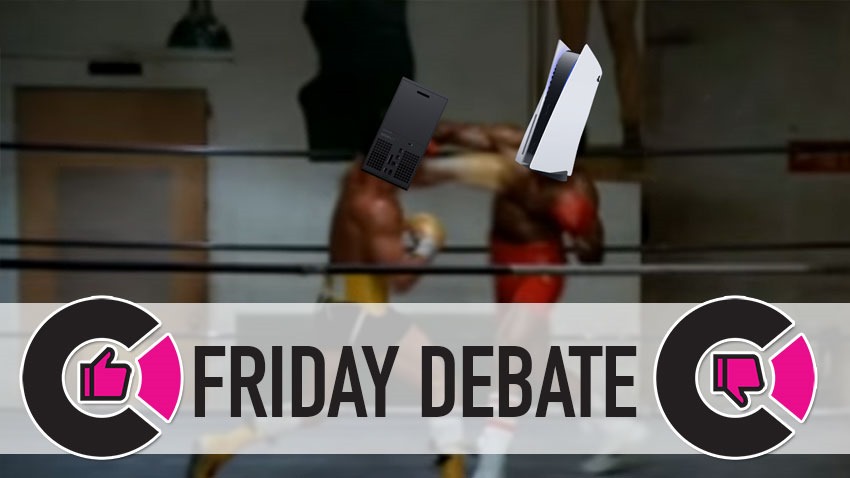 Xbox and PlayStation is pretty much the greatest rivalry of our time. Greater than the debate of Marmite vs. Bovril, Coca Cola vs. Pepsi or your favourite football team going up against that other douch-nozzle’s team. Man, do I hate that guy who supports an opposing sportsball team! While I’m still of the opinion that the 2020s will have two great consoles to play games on, the harsh financial reality is that we’re likely only going to have money for one console per household at first.

Both the Xbox Series X and the PS5 will launch locally in November, both the top-tier offerings are priced at R11,999 and both brands have a cheaper alternative on standby. For Xbox, it’s the lower-specced Xbox Series S which trims the horsepower and disc-drive down to create a cheaper SSD-powered option, whereas the PS5 has a digital edition that also has a disc-drive circumcision but is otherwise the exact same Sony-branded console.

Once again, it’s going to come down to the games that each console will offer, as well as the experience of playing them. For Sony, its first-party library is stronger than ever and will include backwards compatibility of its greatest hits from the PS4 era. Marvel’s Spider-Man: Miles Morales, Demon’s Souls and a new Gran Turismo are compelling arguments for that side of the console divide, whereas Microsoft has far more impressive ecosystem muscles to flex.

Choosing quantity over quality, Xbox Game Pass is gaming on a Netflix diet, providing a more consumable approach. In addition to that, you’ve got a gigantic backwards compatibility library, day one Xbox exclusives and plenty of third party support. So what’s it going to be? While some of us are fortunate enough to consider both consoles for a day one buy, others have to be more frugal in the current economically dodgy environment. Video consoles are more of a luxury than ever before, but this new generation? It’s also an investment in the future of gaming.

So what’s it going to be: Xbox or PlayStation?