It’s almost impossible to escape eSports these days. News and updates have begun to flood almost every single news front, from popular media sites to social outlets, information is flush throughout the internet. In a recent talk at the Games for Change conference an NYU professor, Frank Lantz, discusses the positive impact of eSports from a humanitarian and educational perspective. Lantz draws correlations between eSports, a variety of disciplines, and conventional sports such as basketball. In the video he mentions the net positive effects eSport’s has had on the world from its birth in the late 90s to its burst in popularity and magnitude in the past several years. 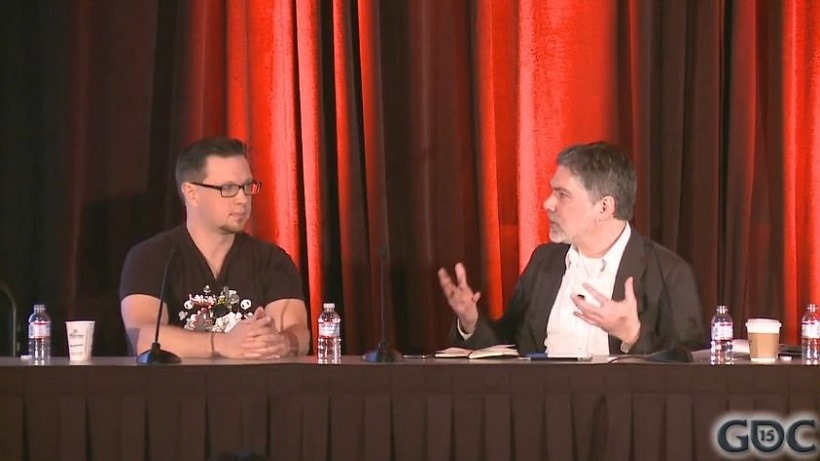 Games For Change, or G4C, is a nonprofit corporation which aims to grow the awareness of games which promote important social and economic development. The organization has existed since 2004 with the aim of bringing necessary attention to games and their positive impact. Taken from their about page: “To further grow the field, Games for Change convenes multiple stakeholders, highlights best practices, incubates games, and helps create and direct investment into new projects.”

It fills my heart with joy when an individual separated by a generation or two shares a similar passion for eSports as I do. Taking into consideration the amount of times I’ve had to explain what eSports is to family and older generations, I’ve never quite found the correct way to do it. Lantz puts it all into perspective when he discusses the positive effects eSports has had on the world, drawing correlations to conventional sports such as basketball, chess, tennis, cricket and more. While the aforementioned sports may not share similar qualities to the cerebral slug fest that some eSports entail, there are important drawing points which speak directly to the journey these sports have shared. If you’re one of the gamers who spend copious amounts of time playing competitive games, this video might make you feel a bit better about your efforts.

As always, I’d like to point out important talking points discussed in the video. I understand not everyone has 30 minutes for a YouTube video, although I strongly recommend you take the time. Lantz begins by discussing an essay written by Dave Hickey called Air Guitar. In this opening segment you might struggle to understand how this may relate to eSports, but Lantz soon explains the direct correlation. He discusses how the birth of basketball, seen then as a past time and an outlet for energy, transformed an entire nation. The comparison makes sense, and Lantz continues to discuss the distinct link between the creation of two spectacular sports. He then begins to list different eSports titles. Starting with League of Legends, where he describes it as chess mixed with basketball and Pokemon, Lantz discusses the important traits of this eSport and how it compares to his definition. Split second decisions, heart wrenching comebacks and diverse strategy are what make most eSports great, and these are shared qualities with normal sports such as chess and basketball. Lantz continues to discuss the major titles including Dota 2, Strarcraft II, Hearthstone, CS:GO and of fighting games such as Street Fighter and their importance in the growth of eSports. At the end of the video he ties it all together concluding with references to important sporting moments in history and the stamp they left on the sporting world. His comparison of eSports and conventional sports in this manner can only be described as beautiful, and is really food for thought. You may enjoy eSports, read about it on your favourite websites, but it’s time you truly understood it – this will help you.