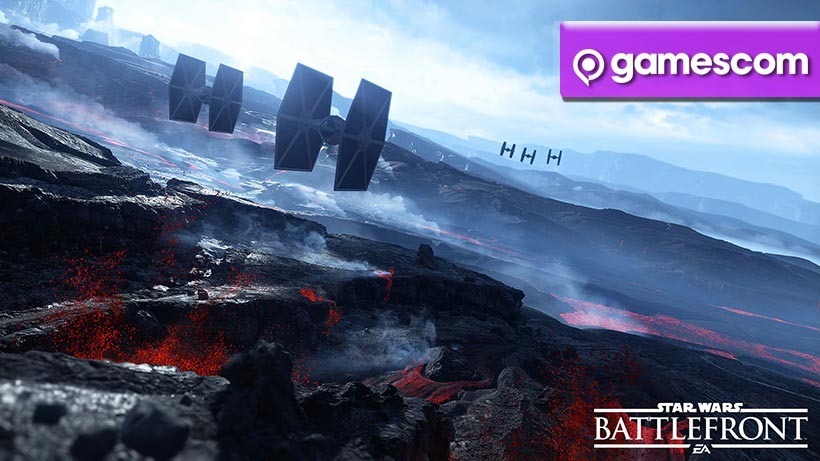 Star Wars Battlefront looks like a good game so far. It has gorgeous visuals, tight gunplay and signature characters such as Boba Fett and Darth Vader. But that’s alright. To be a great game, it needs something more.

And DICE may have just found the key hook for this game. Because dogfighting is coming back, in a big way. EA took the stage to start talking about living your own Star Wars fantasy, as well creating your own in the game as you either fought against the empire or stepped into the boots of an Imperial soldier and crushed Rebel scum.

And then the game took to the skies. Star Wars Battlefront will have a new mode, called Fighter squadron. It’s a 20 player multiplayer mode which showcased Rebel X-Wings going head to head with Imperial TIE fighters as they tried to intercept a transport.

The action was intense, the sky had more lasers than a drunk rave party and I may have just wet my pants when the Millennium Falcon appeared and started kicking ass, before Boba Fett’s Slave 1 was briefly glimpsed.

EA says that they’re aiming to create the most intense dogfights ever. And I might just believe that kind of hype, if it gets me a chance to pilot an X-Wing in a sky that will be filled with 20 additional AI fighters that will make my TV scream.