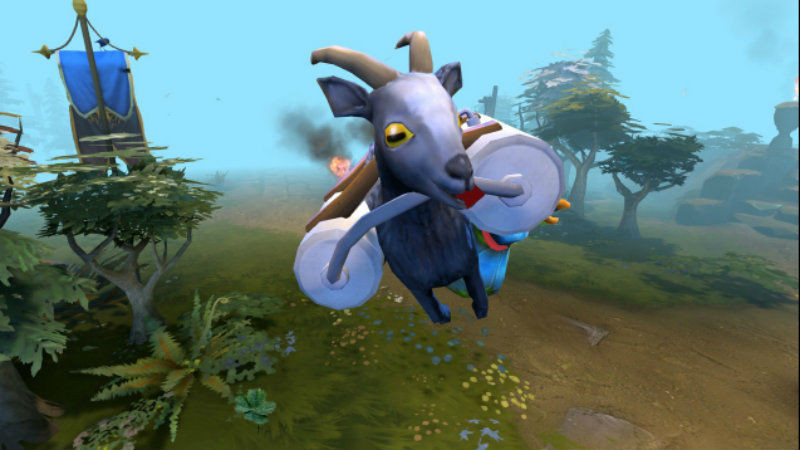 Goat Simulator was a surprise hit last year with people going crazy for that silly goat and its bizarre physics. It’s so adorable and fun, that it’s slowly creeping its way into other games. It’s now coming to Dota 2 and looks far too adorable as a courier.

Over on the Steam Workshop, you can vote to see the Goat Simulator Courier in Dota 2. It may sound like a silly gimmick, and it totally is, but just check out this video for it.

The similarities between Pudge’s hook and the adorable Goat’s tongue really ties it all together for me. Plus, why not let the goat be either a normal or a flying courier – the rules of physics and organics need not apply.

And this, my dears, is why Dota 2 makes a ridiculous amount of money. This courier probably won’t cost you an arm and a leg, but tons of people will dish out for the asking price, making the creator and Valve even more money. By letting the community contribute to these sorts of creations, Dota 2 is able to keep its finger on the pulse and have some really cool elements included in the game without needing to employ a ridiculous amount of developers to ensure all the latest fads make it into the game.

Is a goat courier a reason to go play Dota 2? Probably not. But it might lure some fans back to the game, and at least it’s reminding everyone to go play. I’m quite lucky that I can go on Steam without getting Dota 2 invitations. I’m also lucky that going on PSN means I get Helldivers invites – and that makes me happy.